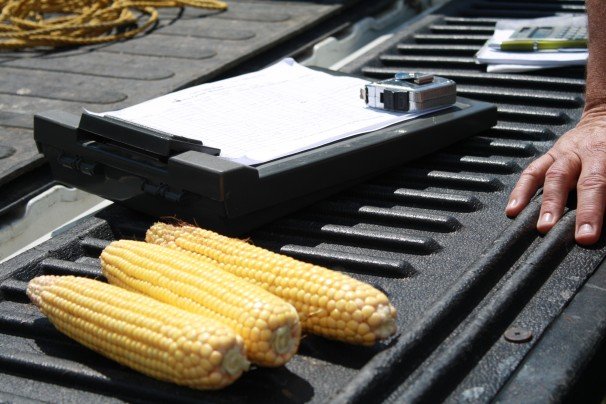 On the 2015 I-75/I-71 Ohio Crop Tour we will be doing yield checks in corn fields and stand assessments for soybeans.

For corn we look at the general condition, disease pressure, insect pressure, ear fill, and give the field an overall rating. We use the following formula for estimating the yield.

Yield Estimate: Take two population counts up one row and down the other and pull ears 3, 5 and 9 of the second row.

For soybeans, we scout the field and consider the general appearance, canopy height, first node height, disease pressure, insect pressure, pod observations and plant population. We use these factors to give an estimate of the yield potential in the field.