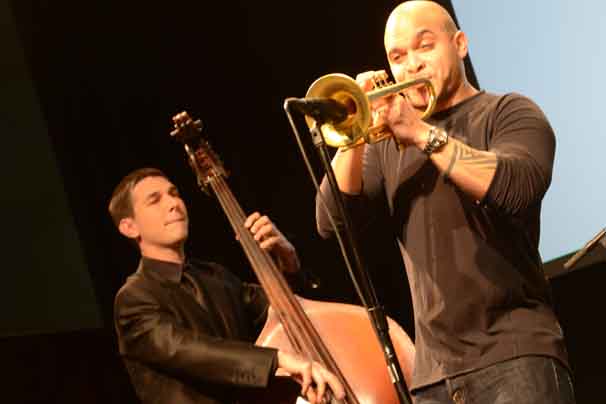 Commodity Classic attendees got to enjoy some New Orleans jazz while in town to set policy.

No matter what meeting room, restaurant or hallway was home to conversations at the recent Commodity Classic held in New Orleans, it is certain that at some point the presidential race was being discussed.

“There is no doubt that the presidential election has been a hot topic in every meeting and hallway conversation. We all have our opinions and like to pontificate about who is going to win and what it is going to mean,” said Jack Irvin, with the Ohio Corn and Wheat Growers Association. “We all need to do our homework and take a hard look at all of the stances that these candidates have and remain engaged. With less than 1% of the population being involved in agriculture, if we are not out there sharing our thoughts and trying to shape opinions, no one else is going to do it. There are so many federal laws and regulations that affect our farms we have to be at the table in the discussions.”

That philosophy, in short, is the main reason corn, soybean, wheat, and sorghum farmers from around the country gathered in New Orleans for the 21st annual Commodity Classic convention and trade show where the National Corn Growers Association, American Soybean Association, National Association of Wheat Growers, National Sorghum Producers and the Association of Equipment Manufacturers set their policy on a variety of important issues pertinent to U.S. agriculture.

In terms of policy, future profitability was top of mind for every farmer present and, with that, the importance of trade.

“The biggest thing is how pressing the need is for continued expansion of our markets. There is a lot of concern about the long term profitability of our farms,” Irvin said. “Their ability to produce has been outstripping the demand from the market side and it is paramount that we develop and expand markets. That is why we continue to push for important trade agreements like the Trans Pacific Partnership.”

Another important, and very timely, legislative priority at Commodity Classic was the topic of labeling food products containing genetically modified ingredients. While the details of the legislation are far from set, the recently introduced Senate bill establishes national standards for foods made with genetically engineered ingredients to avoid a confusing patchwork of different state labeling mandates. The law would require that labels are based in science while share factual information. This national debate has strong ties to the Ohio Soybean Association that first introduced the need for addressing this problem in 2012.

“The Ohio Soybean Association was really at the front edge of this issue when we came to Commodity Classic in 2012. One issue we saw on the horizon was GMO labeling. We knew we needed to come up with policy at that time because it was going to be very front and center in the next few years. At that time there wasn’t any other national organization with policy on this issue and it was critical for us to get involved,” said Adam Ward with the Ohio Soybean Association. “There has been some additional policy added in at the back end of it, but really the original policy hasn’t changed since then. The bottom line is that we knew we wanted to sit down with the food companies, the trait providers, and other stakeholders and come up with something. We crafted policy to include those folks and help bring science on this issue into the policy book of the American Soybean Association.”

Since then, ASA and other national commodity groups have been working with legislators to address the problem of state-by-state differences in labeling requirements.

“We have been involved throughout the process. The central part of this is to maintain the ability to have safe, affordable foods for people of all income ranges. Our policy has been central to what was introduced in the House and the Senate in the last two congressional sessions,” Ward said. “I think we are going to see a pretty quick turnaround in the Senate. There will be a vote maybe in the next 10 days in the Senate and that will force a debate on the Senate floor about what this legislation will look like. Then you’ll have to go through the conference committee situation to work out the differences between the bill from the Senate and what the House already passed. I think we’ll see some kind of agreement in the Senate that everybody can live with and they will move forward from there.”

The timing on the labeling bill is critical because the first of multiple state-approved labeling rules goes into effect this July.

“This summer, Vermont’s new regulations will come into play. Vermont’s population is smaller than that of Columbus, Ohio and there will be a mandated label for that population impacting food production in the entire country — that is kind of scary,” Ward said. “We are excited to see some progress on a plan that will be a fit for the whole country.”

Commodity Classic attendees also got to hear from U.S. Department of Agriculture Secretary Tom Vilsack who delivered a message of optimism despite the current tough economic situation for agriculture. Recent USDA numbers show a 170% increase in agricultural productivity with 26% less land and 22 million fewer farmers and relatively flat inputs since 1950, Vilsack said. 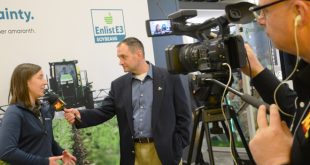 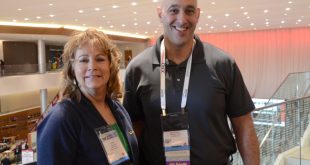 Attendance record set at the 2020 Commodity Classic in San Antonio 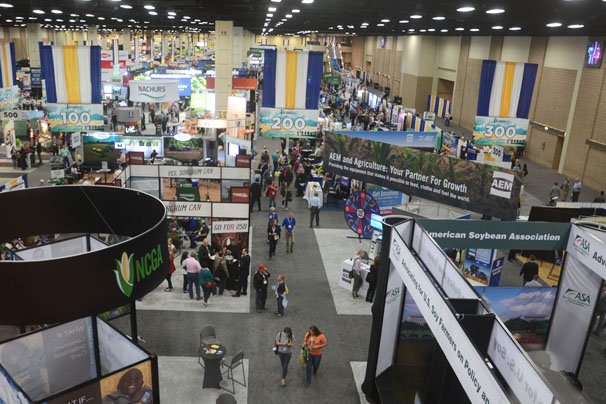