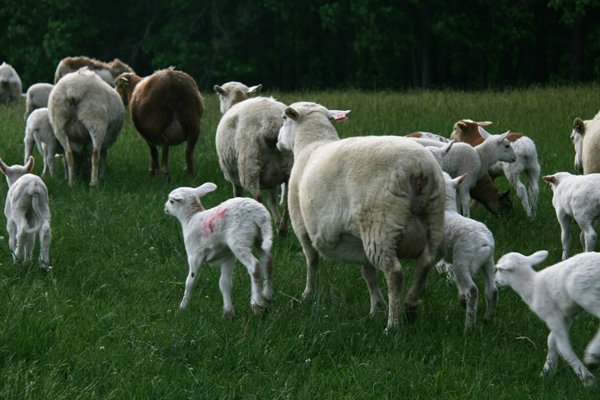 This article is a follow up to last month’s Crop Insurance Deferral  Considerations as we now turn our attention to options available should farmers find themselves in the unfortunate situation of having to sell livestock due to extreme weather conditions.

1.They may elect to include income from the sale of the additional livestock in the following tax year, or 2. Deem the forced sale as an involuntary conversion.

For option one, as prescribed by Internal Revenue Code Section 451, the following conditions are required:

For example, if Daniel, a cash method taxpayer, usually sells 500 head of cattle in a normal year. As a result of a severe drought, he sells 750 head during the current year at $1,000 per head and realizes $750,000 of income from his sale. The area was declared a disaster area by a federal agency and ruled eligible for federal disaster assistance. Daniel can defer $250,000 ($1,000 x 250 head) of income to the following year, which is the portion of the original $750,000 (750 head) that exceeded the normal number of cattle sold (500 head).

This one is perhaps the better solution. Under Code Section 1033, the sale of livestock (other than poultry) held for draft, breeding, or dairy animals due adverse weather-related conditions (droughts, floods and other weather related conditions designated as eligible for federal assistance) in excess of the number of livestock that normally would have sold can be treated as an involuntary conversion. To meet the involuntary conversion requirements, the farmer must replace the livestock within four years (the replacement period) after the end of the first year in which any part of the gain from the conversion is realized.

This provision provides a much greater deferral opportunity over the one year deferral under Code Section 451, as explained above. In an involuntary conversion, the excess gain that was to be recognized on the sale reduces the basis of the replacement livestock. This procedure defers the gain until the replacement livestock is ultimately sold, which could be perhaps spread over several years. In most instances, the involuntary conversion election will be the most advantageous.

The farmer has options when the involuntary election is made. No gain is recognized in the year of sale and the farmer has until the end of the replacement period to determine which of the following is most advantageous:

If the farmer cannot reinvest the proceeds from the sale in similar property or property related in the use of livestock, the code allows for the farmer to reinvest in other farm property to avoid recognition of the gain.

Finally, livestock destroyed by disease, or are sold or exchanged because of disease can be treated as an involuntary conversion, but the replacement period is only two years.

Over the course of your farming careers, you are bound to be hit with these situations. Know the tax ramifications and potential solutions can be a useful planning tool.

As always, consult with your CPA about your concerns. If you don’t have a CPA relationship, we invite you to contact our firm.

Brian E. Ravencraft, CPA, CGMA is a Principal with Holbrook & Manter, CPAs. Brian has been with Holbrook & Manter since 1995, primarily focusing on the areas of Tax Consulting and Management Advisory Services within several firm service areas, focusing on agri-business and closely held businesses and their owners. Holbrook & Manter is a professional services firm founded in 1919 and we are unique in that we offer the resources of a large firm without compromising the focused and responsive personal attention that each client deserves. You can reach Brian through www.HolbrookManter.com