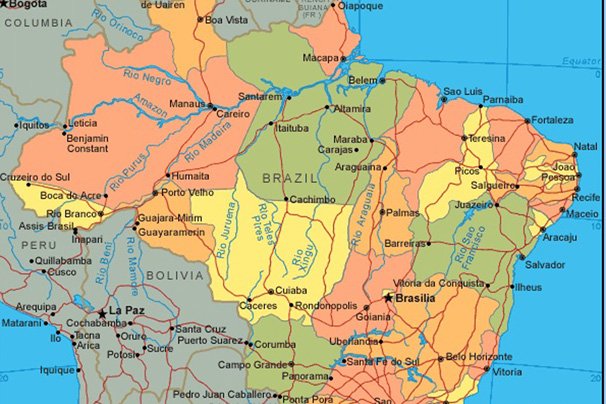 Brazil plants two corn crops. The second crop, also known as “safrinha” (“little crop” in Portuguese), has gained more  importance over the last few years, according to Daniele Siqueira from AgRural Commodities Agrícolas in Brazil. And, this year, the safrinha is struggling.

Safrinha corn is planted from January to March, right after soybean harvest, and harvested from June to August, during winter in the Southern Hemisphere. It is possible to do that because many areas in Brazil do not have a real winter. In northern Mato Grosso, the top safrinha corn state, the average temperature in June (equivalent to December in the Northern Hemisphere) is 74 degrees F, Siqueira said.

The safrinha corn is a risky crop. In central Brazil, and especially in Mato Grosso, the risk is not due the temperature, but the moisture. In that region, fall and winter are hot and dry. From mid-May to mid-September there is often virtually no rain in Mato Grosso. Because of this, farmers in Brazil are always in a hurry to plant their corn as early as possible so the crop will pollinate in early May.

A fair portion of this safrinha corn got off to a late start this season.

“We had a wide window of planting. There were farmers planting corn starting in late December into January and even mid-March,” Siqueira said. “Everybody knows that the second crop is risky, but in the last four years we had almost perfect weather. It seems that farmers have forgotten that this second crop is risky. Quite a bit of the crop was planted after the ideal window. When farmers plant after February they will probably have their corn pollinating under very dry conditions. Last year they did get rain because the weather was abnormal. In normal years we do not have rains in May or June.”

The concern with the late planting has been magnified due to unusually hot and dry March and April conditions.

“Our corn has been damaged by the weather. It was hot and dry in late March in several corn producing areas. Some of those areas haven’t gotten a single drop of rain in the last three or four weeks while temperatures were very high. There is a chance of rain later this week but the corn is in trouble right now in many areas,” she said. “I can’t say yet that we will have a huge crop failure though. It is too early to say that. Mato Grosso is our top producing state and has gotten more rain. In some areas we could see a crop failure but our top producing corn state is still OK. We might have 10% loss at this point. It all depends on if we have more rain in the next month. Some corn is pollinating and filling grain now in very high temperatures and low moisture. April has been much drier than normal and May and June are usually much drier than April.”

It also looks like La Niña may be settling in sooner rather than later, which could set up more problems for South America.

“La Niña years are normally not good for our crop,” Siqueira said. “It has been a very interesting year for sure.”

With all of this in mind, the weather in the next few weeks in Brazil (and Mato Grosso in particular) could have a significant impact on corn exports from Brazil and prices moving forward.