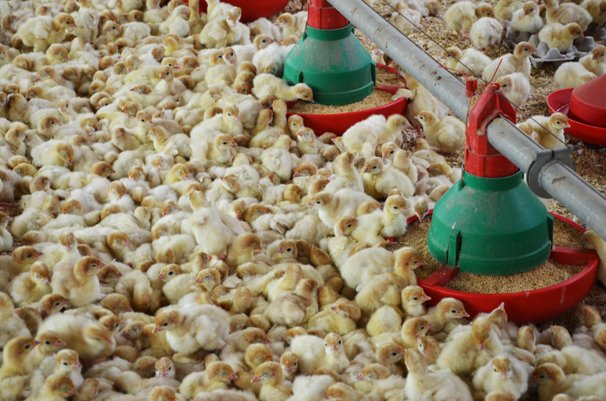 You’re teaching my daughter WHAT in health class???

What started out as a nice family meal out at one of our favorite fried chicken stops, turned into a conversation that had me boiling like the oil that cooked our supper that night.

My 6th grade daughter began telling us about her day. Part of her studies for this quarter included a health class. I have to admit as a protective father the thought of what she might learn in health class scares me just a tad, but never in my wildest imagination did I think she would learn something like what she was about to tell me.

Her health teacher loaded up a video that was called “Food, Inc.”! My heart literally stopped for a second, although that might have been a bit of the fried chicken’s fault too, but that’s beside the point.

She went on to tell me, muffled by a chicken leg between her teeth, that many of the girls after class said that they would never eat meat again and felt so bad for the animals in the film. I was appalled and wrote this letter to the health teacher and the school principal.

Over dinner last night, my daughter brought up that her health class curriculum included viewing the “documentary” “Food, Inc.”

As a member of Ohio’s agriculture community and a very proud grandson of a farmer, I was disheartened to hear that this misleading, propaganda-filled movie was part of a health class curriculum.

I was hoping for some insights on why this anti-agriculture biased film was part of a health class? Is it the intention of the local schools to teach kids that all of America’s hard working farmers are bad and that animal proteins are not healthy?

These 6th grade students are very impressionable and I am in complete disagreement that such a movie is part of any class, unless there were an opportunity for actual farmers to share what really happens on family farms, which make up 97% of farms in this country and just how safe and healthy animal protein is to consume. I can arrange that if you would like.

I feel that if we are teaching our children to come to conclusions about certain societal issues, they should hear both sides of the argument.

I truly value the education that my daughter receives and I thank you both for the time you spend with her and all of your students. My only concern is about showing them documentaries that are one-sided and agenda-driven against something that is so important for people in my world and the world as a whole.

I look forward to your response and I thank you for your time,

The first response I got was from the teacher, who wrote:

By no means was this meant to be that at all. We talk about how the companies place things into our foods without us even knowing it… We looked at it from the food safety side, as well as what it means when things are organic products (grass fed; no antibiotics, and hormone free)…

Totally agree — We talk about what the corporations have done to the farming industry and all the power they have; in fact we talked about in the video where the natural farmer raises his on all grass and not corn and the differences between the two.

By no means was this a push for me to say that farming is bad. I was raised in eastern central Ohio in a rural community and support farming 100 percent.  Appreciate all the hard working farming communities.

I would love to have someone speak to our health classes… If you or someone you know would come and speak to our kiddos as that would be great!

And I responded back:

Our food safety system is one of the (if not the) safest in the world. With a huge urban population (only 1.5% of our society is farmers) that is not a small feat. Although I think there is room for all types of agriculture, including grass fed and organic, these methods are not sustainable with the amount of food needed. No meat that is sold in stores has antibiotics. Antibiotics are used to keep in livestock to keep them healthy, but there is a period before production that an animal is taken off the antibiotics.

As for labels, I think that today’s labels are made simply for marketing and that should be part of your curriculum as well, i.e. “hormone-free” pork or poultry (hormones are never used in these animals).

Then I got a phone call from the principal. Before he called me, he watched a few clips of “Food, Inc.” on YouTube and he sounded just as upset as I was about this type of film being shown inside the walls of his school.

He assured me that he realized this video was not meant for teaching students about food, but for scaring them into not eating it. He was by no means a part of agriculture, he admitted, but a generation or two before him were farmers and he knew the importance of telling ag’s side of the story.

That is exactly what will be happening from now on at this particular middle school. He has already contacted me since to see if I knew of some local farmers that would want to stop by to share what they do every day to keep our community, our nation and our world fed.

Just so happens, I know a few of them. 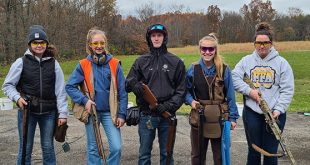 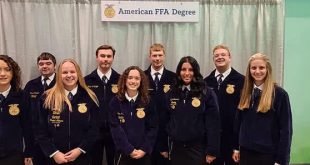 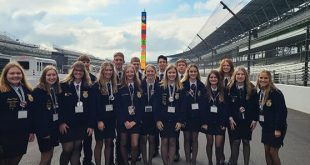 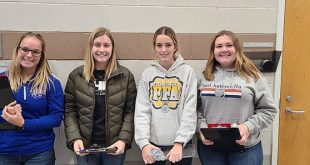