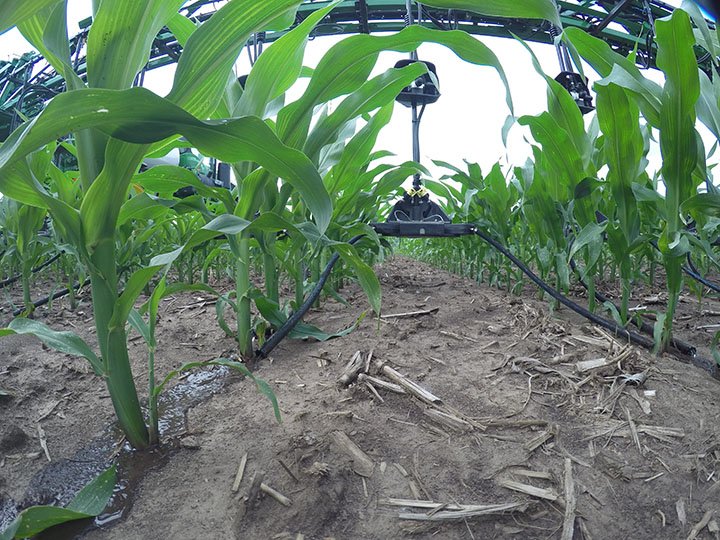 Agronomy professionals can talk all day about a variety of the technical aspects involved in farming and growing crops. And many of them do, even me, or so I’ve been told. And when doing so, most assume that the audience is up to speed on the basics on which the talks are built. But that is not always the case. Recently I was talking with some growers and dealers about the analysis of a blend of fertilizer products, when I realized that there was some confusion on what exactly those numbers meant.

Where it gets a little complicated is with the second and third numbers which represent not just potassium and phosphorous, but the oxides of those elements. This goes back in time to when fertilizers were heated with air to convert the phosphate and potassium to oxides — specifically P2O5 and K2O — and these numbers were used for the nutrient analysis. (This was referred to as Gravimetric Analysis.) While modern analytical techniques are used to determine fertilizer analysis today, the numbers are still in terms of the oxides for historical continuity. But these oxides themselves are never found in fertilizer. So it’s kind of like the American system of using miles and acres instead of kilometers and hectares — it’s hard to change.

Ok, let’s put this knowledge to work. The words written on a label for the elements of the three numbers are: total nitrogen — available phosphate – soluble potash. Remember these numbers are for percent by weight so it is easy for dry materials. One hundred pounds of 18-46-0 dry fertilizer has 18 pounds of total nitrogen (0.18 x 100 pounds), 46 pounds of available phosphate (0.46 x 100 pounds) and 0 pounds of soluble potash (0 x 100 pounds). If you have a blend of equal amounts of 18-46-0 and 0-0-60, then the resulting blend would have an analysis of 9-23-30. You just take the proportion of each times the analysis and add together. Since the blend is half of each fertilizer product, the new analysis is 0.5 times the analysis numbers. Then add them together. If the blended product is 75% 18-46-0 and 25% 0-0-60, then take 0.75 times 18-46-0 and 0.25 times 0-0-60 and add together, which is 13.5-34.5-15. Fertilizer rules according to the Association of American Plant Food Control Officials (AAPFCO) allow for the nitrogen number to be listed as 14%. This would be applicable if this blend is to be sold commercially.

Dry product calculations are easy. But what about blends of liquids that have different weights per gallon? That can be a challenge, but it’s easy once you read on. Question: what is the analysis of a fertilizer blend that is 75% 9-24-3 and 25% 20-0-0 UAN? First examine the 9-24-3 label:

According to the label, this product weighs 11.2 pound per gallon. By multiplying the nutrient percentages (9% nitrogen, 24% phosphate and 3% potash) by this weight we find that each gallon contains: 1 pound of nitrogen, 2.7 pounds of phosphate and 0.3 pound of potash. For blends of liquids, let us do the math for one gallon of the blend. Since the blend is 75% 9-24-3, it is necessary to multiply the amounts of nutrients in a gallon of the product times 75%. This gives 0.75 pound nitrogen, two pounds phosphate and 0.225 pound potash. And 0.75 gallon would weigh 8.4 pounds (0.75 x 11.2 pounds per gallon.) Now we have the necessary numbers for the 9-24-3 part of the blend. Now we will do the same for the other product in the blend, which is 20-0-0.

These are weights that must be converted to percentages, which is how labels are expressed. So divide these numbers by the weight of the new blended product, 11.035.

So the new blended product would have an analysis of 12-18-2.

Now there are certainly various other math or computer program pathways to this answer, but this is how it can be determined by hand. This is the percentage of nitrogen, phosphate and potash nutrients in an applied rate of fertilizer. The same process would apply to other nutrients such as sulfur that are on the label. To figure actual pounds per acre applied: multiply the number of gallons per acre times the weight per gallon (in this case 11.035) to get pounds per acre of product applied. Then multiply this number times the percentages of nutrients, in decimal form. This is actual pounds of nutrients applied per acre. Some products are promoted as being higher efficiency formulations to give increased nutrient on an equivalent basis. But those numbers are often based on a plant response and are not actual pounds of nutrients.