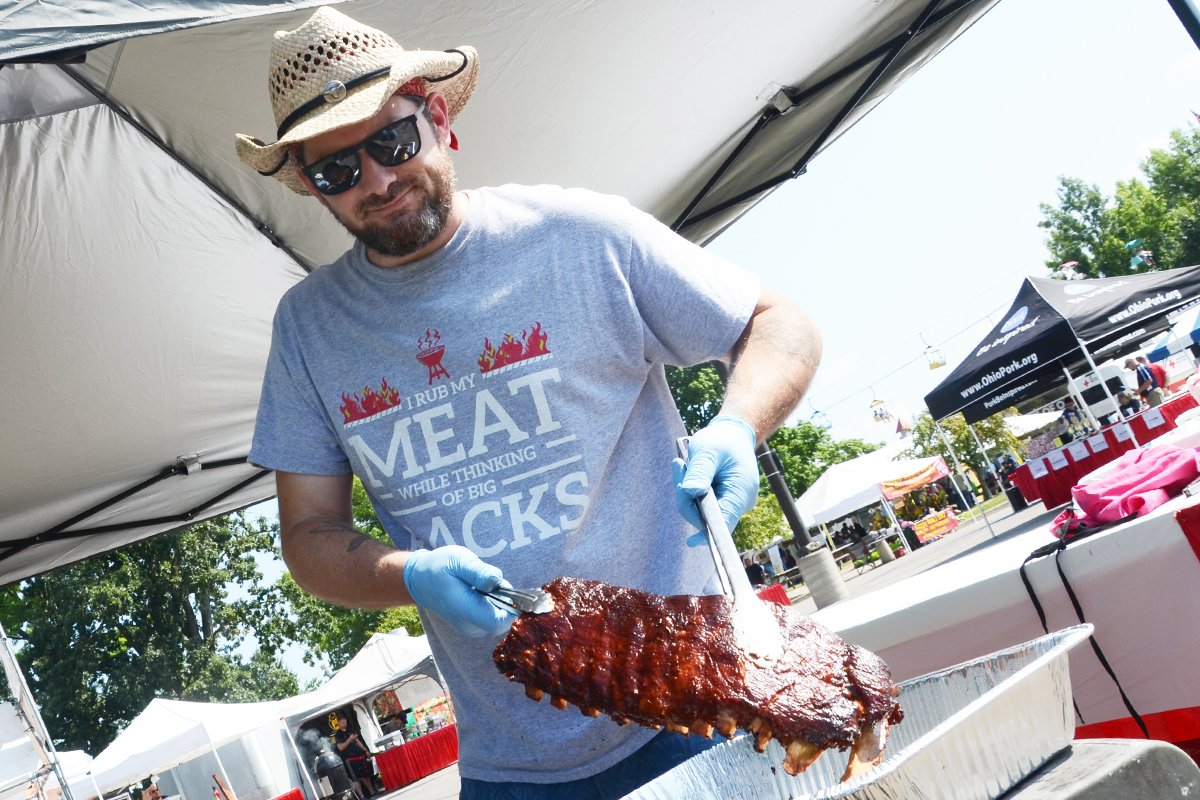 Keile Baney holds up some of his Grand Champion Ribs for the 2016 Pork Rib-Off.

Rib-Off never fails to be FANTASTIC

It does truly dazzle the taste buds — I once again had the chance to judge the Ohio Pork Rib-Off and it once again was FANTASTIC!

Oh the magical sauces, the tender, smoky meat, the delicious smells and eye appeal of the ribs — it is nothing short of amazing. Wave after wave of delicious pork cooked up from some of Ohio’s top rib makers was set before us to enjoy. Wow. First, baskets of ribs were followed by more of the same, each with a unique and tasty version of BBQ savoriness. But, there was little time to savor, because before we knew it, the next set of yummy ribs had arrived and there was more work to be done. There were no bad entries. They were all fantastic. And after the ribs came a relentless maelstrom of pulled pork leaving the judges in a sauce-covered stupor of pork-laden ecstasy. Mmmmmmmmmm….

The big winner in 2016 was Keile Baney, owner of Baney-Q competition team and catering in Columbus. Baney describes his ribs as “tender but not overcooked, sweet and spicy.” The judges agreed. Baney cleaned up in this year’s competition winning Grand Champion Ribs, Grand Champion Pulled Pork and Best BBQ Sauce with Soy. Many hours went into getting ready for the competition for Baney.

“We started preparing all day yesterday and all of last night. I got about three hours of sleep,” he said. “We just keep it simple. Don’t overthink it, but put a lot of love in it.”

The proceeds from the wins will help to fund the upcoming wedding for Baney and his girlfriend Cathy Carrico who is a co-owner in the business and worked by his side in the competition.

In addition to $3,000 in prizes made possible by the Ohio Soybean Council, top teams received trophies and banners to display and showcase their successes at their respected establishments.

“We (the Ohio Pork Council) are very pleased with the opportunity the Rib-Off creates to draw a crowd of food-minded individuals to celebrate pork and sample product from some of Ohio’s leaders in barbecue,” said Quinton Keeran, OPC Director of Communications and Rib-Off coordinator. “The Rib-Off provides the perfect opportunity to demonstrate the versatility of pork and celebrate what individuals are able to do with the product. Eat more pork!” 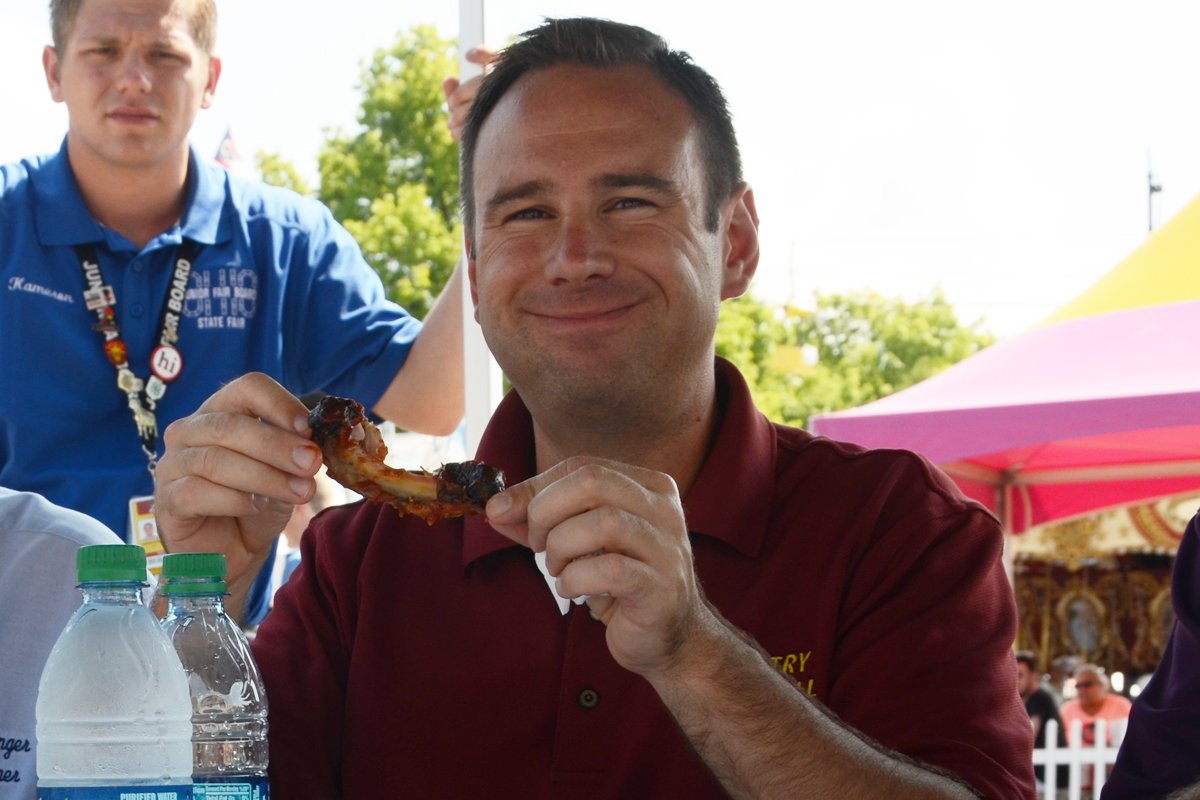 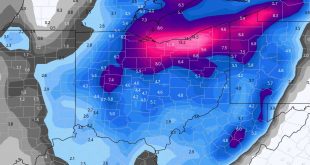