Over the last two weeks, we have received several samples of corn ears with symptoms typical of Diplodia ear rot. This is one of the most common ear diseases of corn in Ohio. It is caused by two species of fungi, Stenocarpella maydis and Stenocarpella macropora. The most characteristic symptom and the easiest way to tell Diplodia ear rot apart from other ear diseases such as Gibberella and Fusarium ear rots is the presence of white mycelium of the fungus growing over and between kernels, usually starting from the

base of the ear. Under highly favorable weather conditions, entire ears may become colonized, turn grayish-brown in color and lightweight (mummified), with kernels, cobs, and ear leaves that are rotted and soft. Rotted kernels may germinate prematurely, particularly if the ears remain upright after physiological maturity. Corn is most susceptible to infection at and up to three weeks after silk emergence (R1). Wet conditions and moderate temperatures during this period favor infection and disease development, and the disease tends to be most severe in no-till or reduce-till fields of corn planted after corn. The greatest impact of this disease is grain yield and quality reduction. Mycotoxins have not been associated with this disease in US, although animals often refuse to consume contaminated grain.

The disease will continue to develop in the field as long as conditions remain favorable. Fields with high incidence of Diplodia ear rot should be harvested as soon as possible and quickly dried to 14% moisture and cooled to 50 degrees F before storage. Ideally, fields should be scouted to identify areas with Diplodia ear rot hot spots and these areas should be harvested and stored separately from grain harvested from healthier sections of the field. Higher moisture, warm conditions, and pockets of moldy grain in storage will lead to further spread of the disease and even colonization of the grain with other pathogens.

Rotted kernels and cobs are broken into small pieces during harvest, increasing the amount of fine particles in the grain. These particles affect airflow through the grain, delay drying, and lead to further mold development in storage. Increasing the combine fan speed will help remove fine materials as well as severely infected kernels that are usually lighter than healthy kernels. The specific adjustments needed to remove moldy materials during harvest will vary from one combine to another; see manufacture’s guidelines for details on how to increase your combine fan speed.

Clearing the grain to remove fine particles and storing it under cool, dry conditions (50 degrees F and 14% moisture) will slow-down fungal growth and mold development and extend the storage life of the grain at least through the winter. However, you should avoid storing severely affected grain for too long especially since it becomes much more difficult to keep grain cool and dry as outside temperatures increase in the spring and summer.

No, vomitoxin is a mycotoxin produced by Fusarium graminearum, the fungus that causes Gibberella ear rot of corn and head scab of wheat. However, some populations of S. maydis, the fungus that caused Diplodia ear rot, do produce a different mycotoxin calling diplodiatoxin, but there have been no reports of animal-health problems associated with this toxin in the US. Nevertheless, since animals often refuse to consume moldy grain, you should avoid feeding grain affected by Diplodia ear rot to animals. In addition, moldy grain may be contaminated with other fungi, some of which do produce mycotoxins that are harmful to livestock.

Yes, since the fungus survives in crop residue on the soil surface, any strategy to remove or bury the residue will reduce the risk of Diplodia ear rot (and other residue-borne diseases) next year. In addition, fields and hybrids with high incidence of Diplodia ear rot this year should be avoided next season. However, whether or not we have a similar problem with this disease next year will depend on the weather.

Very little research has been done to evaluate the efficacy of fungicides against Diplodia ear rot. Although most of the common fungicides kill the fungus in the lab, results in the field have been highly inconsistent. More research is needed to improve application technology and to decide when the fungicide should be applied to effectively control Diplodia ear rot. 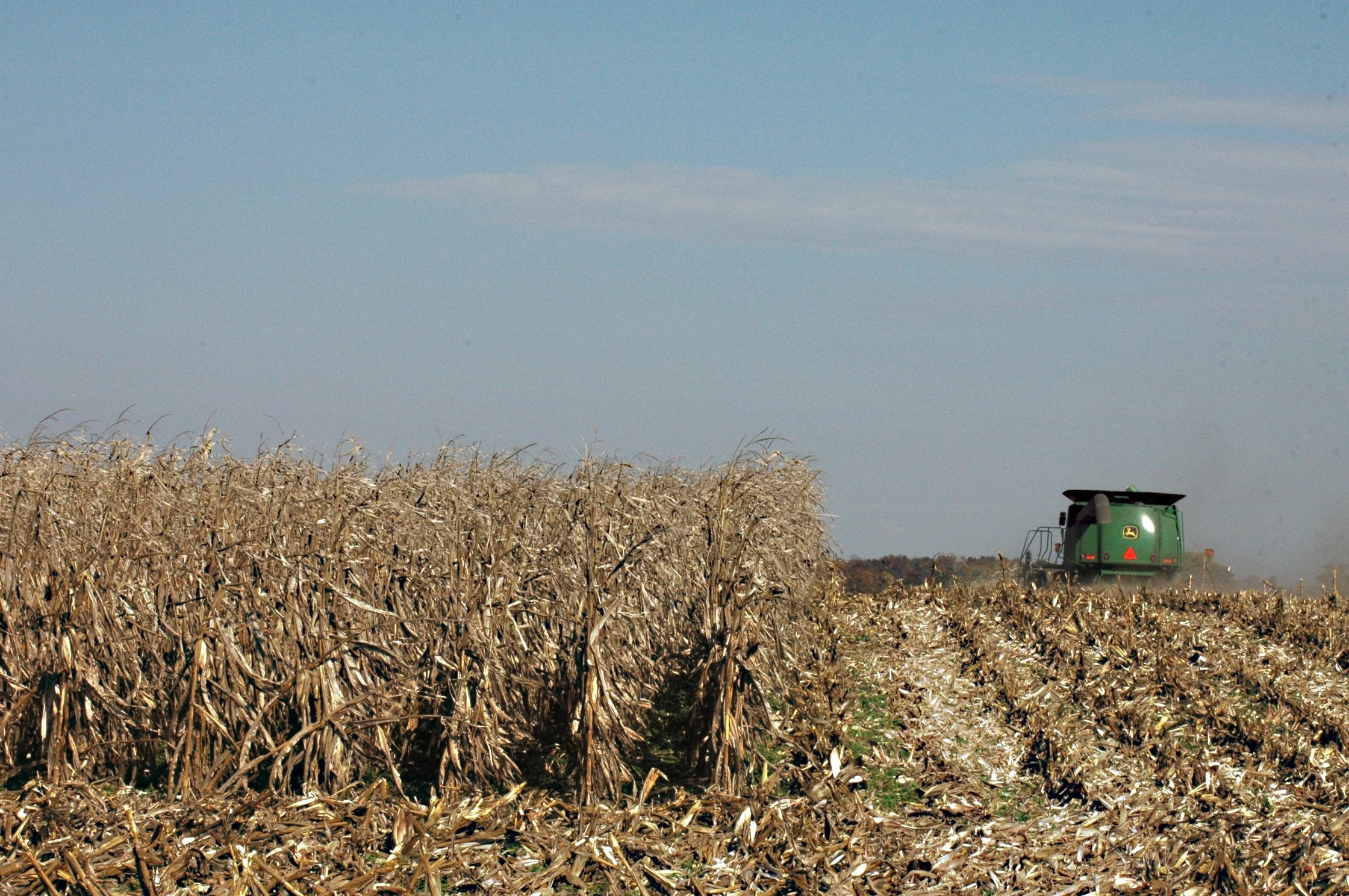 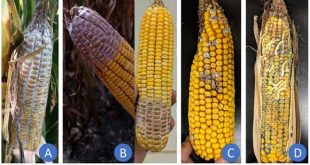 Continue to watch for ear rots