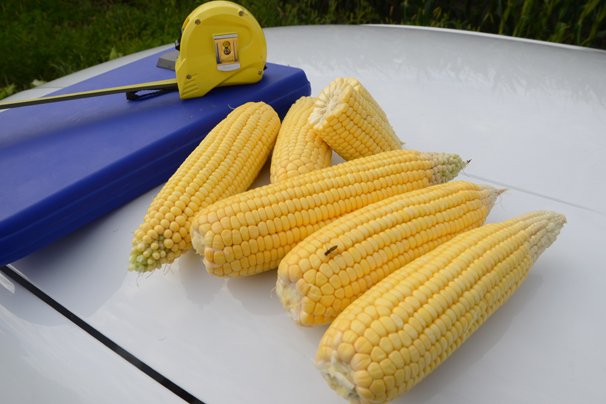 Today’s report was friendly for corn, neutral for soybeans, and negative for wheat. However, wheat is not moving sharply lower in spite of wheat stocks much higher than expected.

Today’s USDA reports consist of quarterly grain stocks as of Sept. 1 along with U.S. wheat production estimates for 2017. Typically this report is not a huge deal nor is it a price changer. Traders are already looking ahead to the Oct. 12 supply and demand report.

U.S. wheat acres are expected to be down nearly two million acres for the next year. With record world wheat stocks continuing to haunt producers, wheat prices have been on the defensive for months. U.S. wheat exports have been sluggish due to the strong U.S. dollar and abundant global supplies.

Soybean rallies today will be considered selling opportunities as the U.S. production looks to increase in coming months. Typically in big production year such as 2016 for both corn and soybeans, harvest lows are in place once harvest is 60% or more completed. That thought has many expecting harvest lows to be made in the next three weeks.

China recently put a ban on US imports of DDG. That will place it in direct competition for soymeal domestically here in the US. Soymeal has continued to decline the last several months with December CBOT meal trading at $297 a ton. Meal prices the last two weeks are the lowest since mid-April. Highs earlier this year in June reached $418 a ton on the December contract.

China continues to try to export corn at prices that are not subsidized. Their corn prices are high compared to other corn available for purchase. China is in a hard spot in regards to its own corn stocks. Quality is poor and they cannot subsidize the prices as they would then be at sharp odds with the World Trade Organization. China appears to be testing the market as they stick their toe in the water wanting to export two million tons. Export permits have been issued to two companies. Exports would mark the first time in ten years they would be exporting corn.

Harvest weather for Ohio and the U.S. has been excellent the past two weeks. September had many days of 80s for the daily highs and seasonally above average. It appears that weather pattern has been broken with rains this week across much of Ohio. Daily highs for the next week are in the high 60s to mid 70’s. Rain is in the forecast for both Saturday and Sunday. You have to think that the best harvest weather for this fall in now behind us. In addition, it is very possible the remainder of the harvest season will be slow and drawn out with rain becoming more frequent.

Quite a bit of corn has been harvested in Ohio with a huge range of yields. The common thread of harvest reports suggests corn yields are disappointing but still better than expected. Producers will continue to harvest corn as fast as weather permits to stay ahead of corn stalks falling over.

Already we are hearing reports of corn down and difficult to harvest. Stalk quality is very poor in many cases with corn unable to withstand heavy winds for prolonged periods. With rainfall in many parts of Ohio well below normal from planting to late July, stalk quality deteriorated in as the ear pulled nutrients from the stalk to keep production of kernels ongoing. Many continued to be amazed with the corn yields when rainfall was three inches of less from planting until late July.

The next USDA report will be on Oct. 12, a monthly supply and demand report. Look for a reduction in the U.S. corn yield while the U.S. soybean yield is expected to increase.

The market will now go back to trading demand, U.S. farmer sell rate at harvest, and U.S. yields from the next USDA supply and demand report on Oct. 12. We continue to hear lines at many elevators in Ohio are very light so far in spite of harvest activity being strong. That will be important to watch the next two to three weeks.