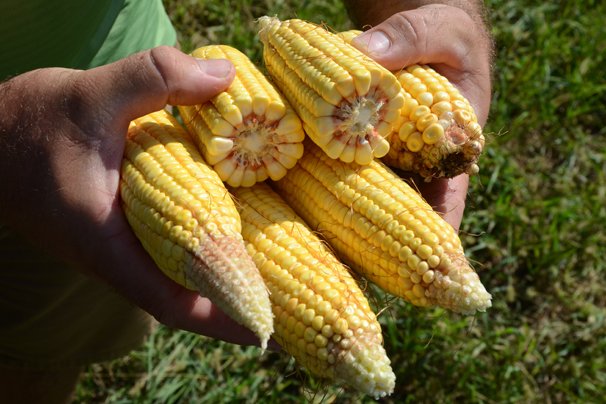 At summer field days and then at Farm Science Review, I had the opportunity to talk with growers about crop prices and how they plan to cut back on costs for 2017. One topic that came up several times was to change their genetics to cheaper hybrids or companies. This thought somewhat concerns me.

Typically when I make this comparison between my modern hybrid and Reid’s yellow dent, I have about 100 bushel per acre advantage for the modern hybrid. This year, however, with lodging, insect feeding, disease, and a good growing season for this modern hybrid, the differences were a bit more. I use this information when talking with consumers about the value of modern technology in plant breeding. We can also see the benefit to increasing seeding rates for the modern hybrid. And while something between 100 and 160 N usually tops out for my economic yield, I used 100 N and 200N applications to show potential yield loss from a low versus an adequate to excessive rate.