The 89th National FFA Convention and Expo was recently held in Indianapolis and, as usual, Ohio was well represented. Ohio FFA members earned 345 American FFA Degrees and there were many Agriscience Fair, Proficiency, and Chapter Award finalists.

Ethan Kaper from Liberty Union won Plant Systems Division 1 in the Agriscience Fair, Evan Smith from Bloom Carroll finished third in the nation in extemporaneous public speaking and Sydney Snider rounded out her amazing year as a National Officer.

Ohio was represented by 16 finalists in the National FFA Proficiency competition. The contest revolves around the work done through a Supervised Agricultural Experience, otherwise known as an SAE. Proficiency winners from Ohio were:

Mariah Joy Cox of the Zane Trace FFA Chapter in Chillicothe has participated in science fairs since the fourth grade and found that she enjoyed the scientific research process and sharing her results with the judge. Her SAE research has focused on three projects, all related to plant science. She first identified properties of potato starch and their applications to plant-based packaging. Secondly, she compared two varieties of raspberries in terms of phenolics and anthocyanins. And finally, she worked in a lab in Hyberabad, India, testing plots of vegetable soybeans. Cox is supported by her parents, Rachel and Paul, and her FFA advisors, Jennifer Johnston and Aaron Miller. This award is sponsored by FMC Corporation, Agricultural Solutions.

Curtis Mathew Harsh of the Buckeye Valley FFA Chapter in Delaware was mentored at a young age by his father and grandfather, learning how to feed, breed, show, and manage beef cattle. Today, he has an SAE that is divided into three entities: cows and calves, embryos and show heifers and replacements. With his cattle, he became the youngest exhibitor at the Ohio State Fair Market Beef Show to win the Showman of Showman Contest. Harsh is supported by his parents, Michele and David, and his FFA advisor, Alex Zimmer. This award is sponsored by Bayer and Rabo AgriFinance.

Nole Gerfen of the Ridgemont FFA Chapter in Mt. Victory purchased his first gilt at the age of nine and today owns 25 sows that farrow two and a half times each year, producing 11 pigs per litter. On his farm, he is charged with synchronizing sows, ultrasounding, the administration and recording of medication and more. In addition to his own sows, he manages his parents’ 2,480 sows. Gerfen is supported by his parents, Kim and Steve, and his FFA advisor, Stephanie Jolliff. This award is sponsored by LA-CO Markal.

Tyler Stewart of the East Clinton FFA Chapter in Lees Creek owns and operates his own quail hunting facility. He is involved in every aspect of the operation — from hatching chicks to releasing the adult quail into a rehabilitated habitat. Starting his business with 300 quail eggs, he currently has more than 2,000 quail that produce an excess of 30,000 eggs. Stewart is supported by his parents, Tracy and Rich, and his FFA advisor, Matt Griffith. This award is sponsored by Yamaha Motor Corporation USA. 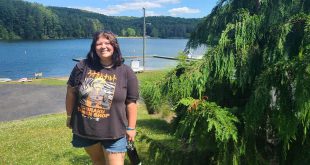