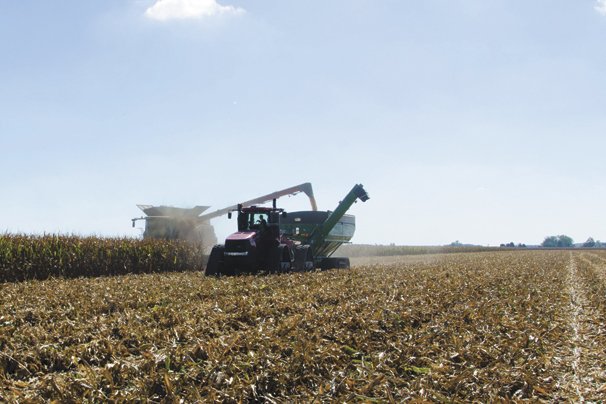 The corn yield was estimated at 173.4 bushels per acre, right in line with trade expectations.  Corn production was 15.057 billion bushels. Corn harvested acres increased by 200,000 acres. Ending stocks for corn declined to 2.320 billion bushels, down from last month at 2.384 billion bushels.

Today is a day of reckoning for soybeans on two fronts. Huge yields head butts massive demand. The increased soybean yield seems to be a forgone conclusion. It is just a matter of how much it increases.  A point to bring out is that the farmer participation in USDA surveys for this report is record low with a response rate at 66.5% compared to the normal rate of 79%. Not sure what that means other than to just point it out. Long forgotten is that the September yield at 51.5 bushels was above the high end of expectations with November CBOT soybeans closing 16 cents lower on Sept. 12.

Bottom line, there are lots of moving parts for today’s USDA report, especially for soybeans. Higher yields, increased harvested acres, and the low farmer participation in the surveys all add to the uncertainty. It would seem a surprise is certainly possible in today’s reports.

Moving on to corn, in the last 20 years the October corn yield compared to September has decreased in just five of those years. Prior to the report December CBOT corn was $3.47 up 1.5 cents for the day. The contract low of $3.14.75 was made on Aug. 31.

The farmer sell rate, harvest progress, and elevator lines will be important factors the next two weeks. Weather looks great for harvest the next four days. Don’t forget to pay attention to the close for grain prices.