What is the Xenia effect in corn?

The Xenia Effect refers to the effect of foreign pollen on kernel characteristics.

Cross-pollination occurs in corn because it is a monecious, which means that it has both male (the tassel) and female (the ear) flowers on a single plant. The Xenia effect occurs when pollen from the tassel of one corn variety moves from one field to another, landing on the silks of another variety which fertilizes and produces. The picture above is an example of the Xenia effect, which can be observed from year-to-year.

Flint (also known as “Indian” corn) was planted a short distance from a field of hybrid dent corn. Both the flint corn and dent corn were flowering at the same time, allowing the flint corn to pollinate some kernels on the dent ears. The cross-pollination exhibited by the Xenia Effect can influence testing procedures and production of specialty corn crops. 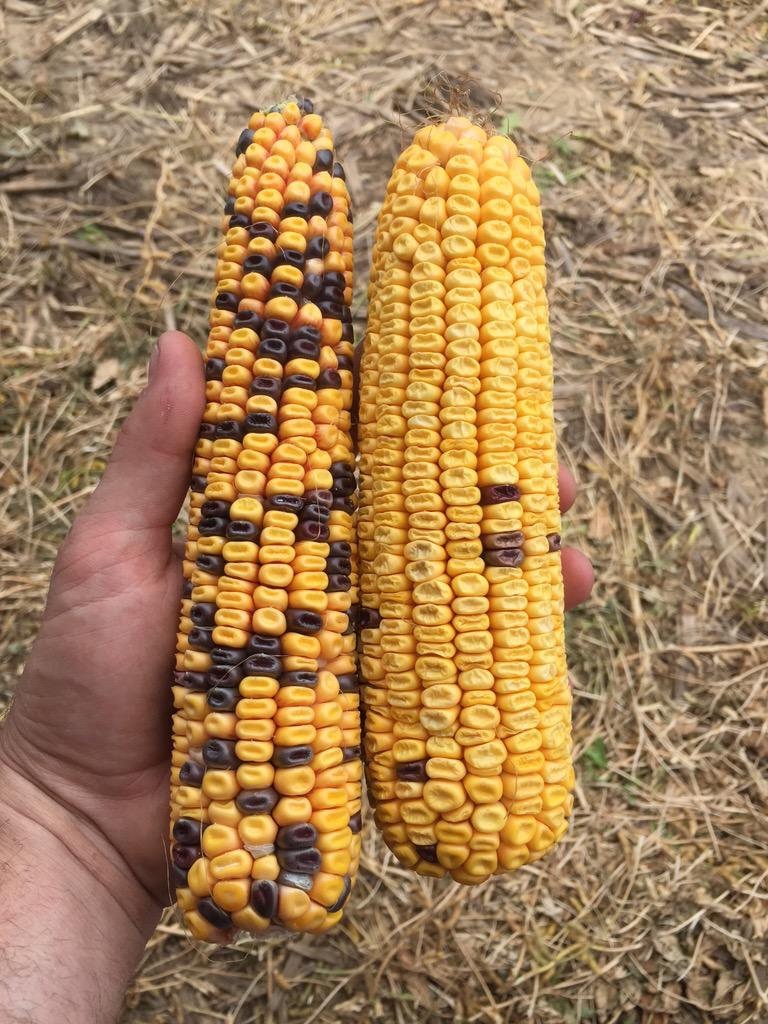