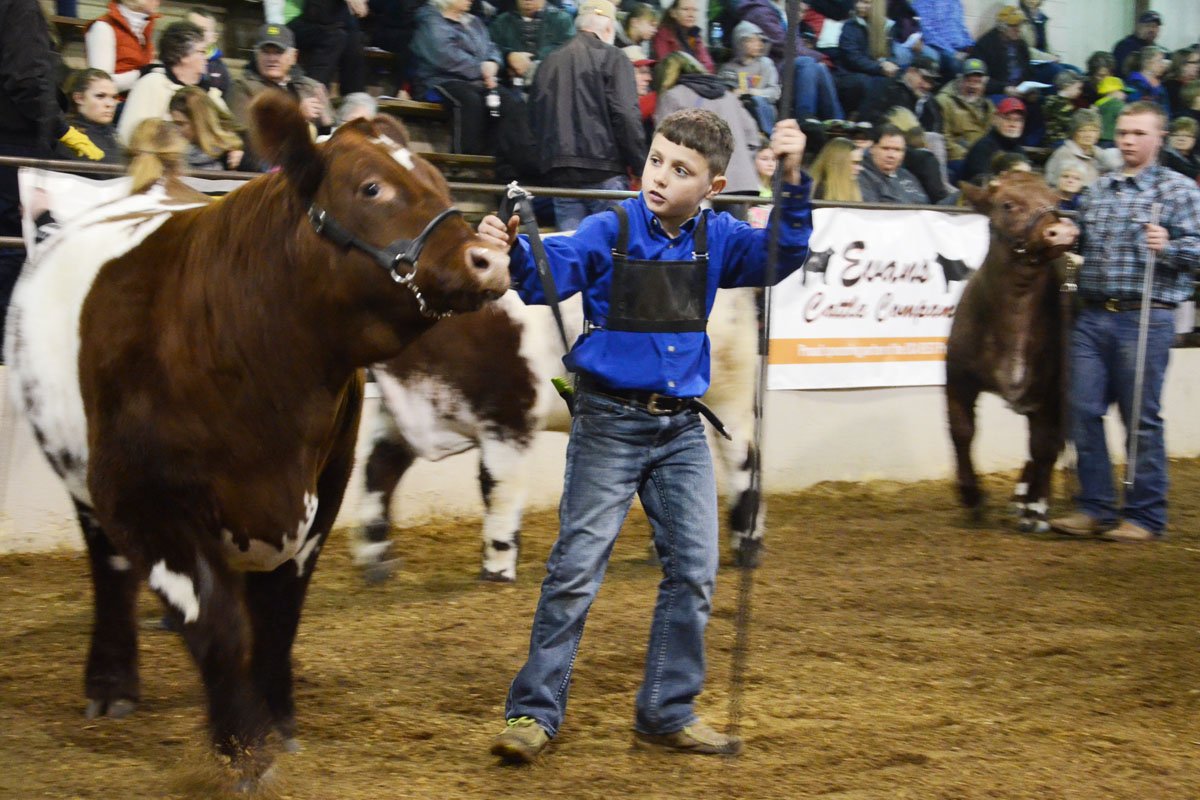 “It is great to come to an event like this because it creates enthusiasm,” said John Grimes, Ohio State University Extension beef specialist. “It is a little bit like a church revival.”

Grimes gave an overview of Ohio’s beef industry in a presentation at the event and sees reason for optimism moving forward.

“This decade has been pretty eventful. Grain prices were high early in the decade — I did not like buying $7 and $8 corn to feed cattle. Land values went up and there were challenges that way. That stabilized and then the drought out west reduced the numbers. In 2014 the cow herd was smaller than it had been in over 60 years,” Grimes said. “We responded to economic signals and the nation’s cow herd in the last year grew by a million cows. I don’t think it is out of hand and it looks like it will settle out somewhere in that 32 million give or take and historically that is a number we can work with. We are where the Corn Belt stops and Appalachia begins so we are in a unique spot and we have a lot of grass. We have some opportunity in Ohio.”

The three-day tradeshow was nearly standing room only on several occasions with 140 exhibitors from 20 different states. Exhibitor C.J. Brown created a 30th Anniversary commemorative print and proceeds that went toward a youth scholarship fund.

Youth participation was strong for the show.

“The steer and heifer show and the judging contest promote the interest in youth. I hope the younger generation wants to do this,” Grimes said. “If you look at the surveys the average cattle producer is no spring chicken. They are a little older than the average farmer. There are a lot of younger kids here and it is good to see that.”

Every aspect of the show has grown in the last 30 years, said Elizabeth Harsh, executive director of the Ohio Cattlemen’s Association.

“It is so rewarding to see how much our event has grown in the last 30 years. We have a great partnership with the Ohio Expo Center and as they have been able to grow their facilities here it has enabled our event to grow. It is really one of the premier cattle events in all of the Midwest and we are really proud of that,” Harsh said. “The unique thing is that it is not just one component. It has a tremendous trade show, lots of youth programs and really fantastic seedstock through our breeding cattle shows and sales.”

The junior livestock judging contest had a record setting number of more than 400 participants with the new Friday time this year.

“We followed it up with Beef Quality Assurance Training,” Harsh said. “It allowed more vo-ag classes to be able to attend as we are really pleased about that. Our Sunday steer and heifer show was getting so large and this allows us to get things started a little earlier and balance everything out.”

There were more than 400 participants in showmanship, Karli Kennedy was the champion beginner; Hudson Drake, was the junior champion; Shayla Sancic, was the novice champion; Lori Millenbaugh, was the intermediate champion; and Carter Smith was the senior champion.

The massive junior show featured some of the toughest competition of the year in the show ring and put on display those showmanship skills for the judges in the two-ring show. Tom Hawk from Illinois judged the heifers and  Matt Copeland from New Mexico judged the market animals.

There were 800 head of junior show animal entries. Highlights from the show include:

Sales were action-packed on Saturday. The high seller for the day was Simmental female WCCO Miss Lily from Woodard Cattle Co & West Livestock for $20,000. In total the five breed sales grossed well over $900,000. Here is more from the sales:

For complete results from the event visit ohiobeefexpo.com.