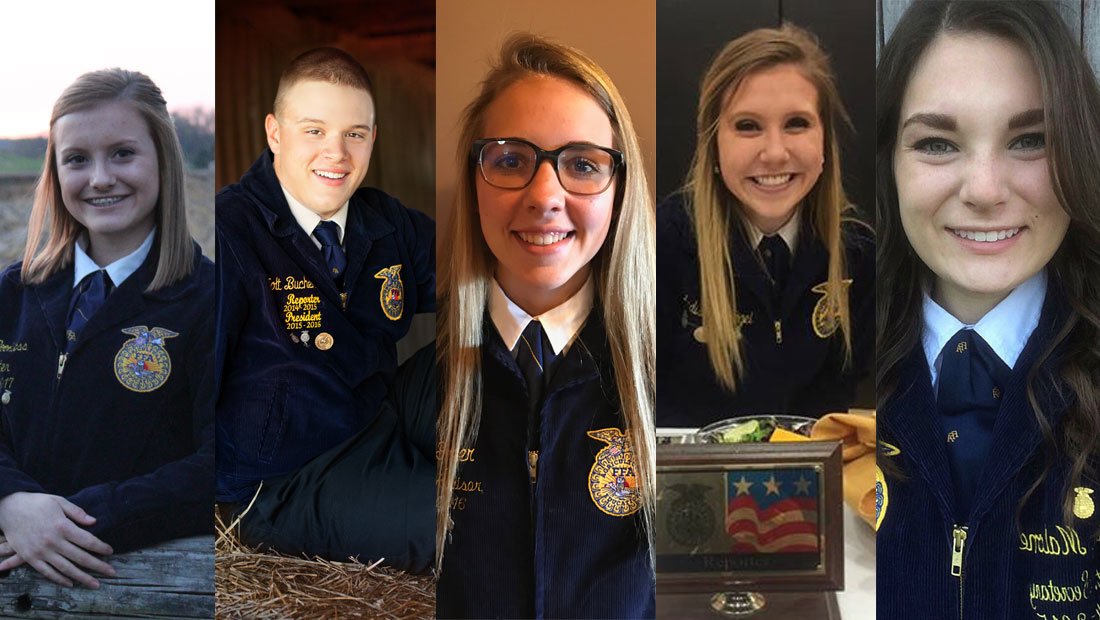 Ohio’s Country Journal and Ohio Ag Net is welcoming five student reporters that will be helping cover the 2017 Ohio FFA Convention May 4 and 5. Stay tuned for further convention coverage.

Emily Bookless is a sophomore at Ridgewood High School located in West Lafayette. She enjoys playing soccer and loves to participate in school clubs such as STATS and FCA. She has been affiliated with FFA for two years now and is currently serving as reporter for the Ridgewood FFA Chapter. She likes CDEs such as Parliamentary Procedure, Ag Sales, and Livestock Judging. Outside of school, she shows hogs and llamas. She is also involved with the Kamelid Kushers 4-H Club and the Coshocton County Junior Fair Board.

Kolt Buchenroth is a senior in the Kenton-OHP FFA Chapter and has served as the reporter, president, and is currently the vice president of his chapter. He is also active in 4-H, student council, National Honor Society, and various other school organizations. He raises cattle on his farm in Kenton and stays busy as the ag news director and reporter for WKTN radio. Kolt has also participated in various CDE’s during his time at FFA. After high school, he plans to attend The Ohio State University pursuing a degree in agriculture communication. 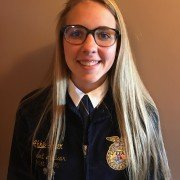 Abbie Greer is a junior in the R.G. Drage FFA Chapter where has served as the student advisor and is now currently the secretary. Along with FFA, Abbie is also active in 4-H showing beef steers and calves, hogs, turkeys, and broilers. She is currently president of the Washington Twp. Variety 4-H Club and is a three-year member of the Stark County Junior Fair Board. Abbie has participated in a variety of Career Development Events (CDE) such as Food Science, Public Speaking, and General Livestock Judging. After high school, Abbie plans on attending The Ohio State University Agricultural Technical Institute and earning a degree in agricultural business.

Madison Kregel is a senior at Otsego High School. She’s a busy student, involved in volleyball, cheerleading, student government (senior class vice president), choir, National Honors Society, and FFA. Kregel is the reporter for the Otsego FFA Chapter and will be competing and presenting an Ag Communications Proficiency at the state convention this year. She has also participated in public speaking CDEs in her past four years in FFA. She’s also very involved in her county’s 4-H and Junior Fair programs, where she was a 4-H Honor Court member, and 1st Runner Up Junior Fair Queen this past year. She is the FFA representative for her county’s Junior Fair Board, where she served as the board news reporter in 2016 and the board secretary this year. Next year, she will be attending Ohio University, where she will be studying broadcast journalism at OU’s E.W. Scripps, College of Journalism. She hopes to someday be a reporter or anchor for The Today Show on NBC.

Sydney Malone is a fifth year FFA member and senior at the Bloom Carroll FFA Chapter. Over the past five years, she has held the offices of assistant secretary, sentinel, and reporter for her chapter, participated in many CDE events, and been growing her Supervised Agricultural Experience of market rabbits and hogs. Outside of FFA, she is an active member in 4-H, the Ohio Duroc Association, and Ohio Pork Council. She’s busy traveling and spreading the word of the agriculture industry as the Fairfield County First Attendant and the Ohio Duroc Queen. After graduation, she plans to join the Marine Corps and serve our country.