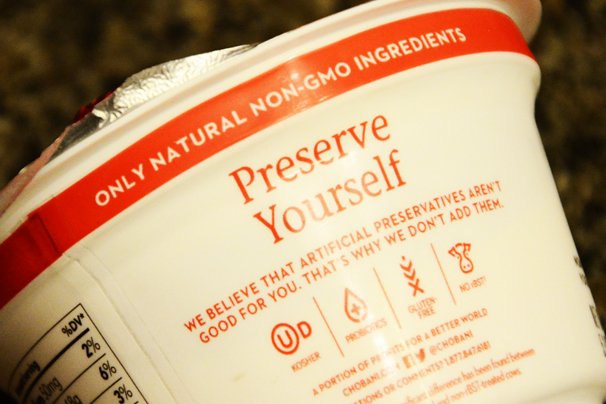 Is Dannon guilty of marketing flimflam?

Dannon recently released a pledge to provide non-GMO milk from cows fed non-GMO feeds for three of their brands. In so doing, Dannon felt the need to state that they were “striving for a better approach for the supply of our products so key issues like farmers’ independence, natural biodiversity, soil health and carbon sequestration, water usage and fossil energy efficiency are better addressed.”

The previously mentioned farm groups were outraged because the Dannon pledge implies that GMO seeds are responsible for damaging the key issues Dannon named. Nothing could be further from the truth, which the farm groups explained in a letter to Dannon. The coalition asserted that Dannon’s allegations about the impacts of GMO feed are unfounded and misleading consumers.

Dannon, of course, countered. We are now at the grade school level is so/is not discourse.

What Dannon is actually hoping to do is capture the Whole Foods Market crowd.

The company freely admits that there is no way to test non-GMO milk against regular milk from cows fed GMO feed. That means there is no scientific difference between the two. Yet, the company is building an entire marketing program for three of their brands over emotion and misinformation. I am just glad we are talking about milk, not childhood immunizations or treatments for cancer.

I’m sure Dannon has a team of very qualified attorneys advising them. There has been much interest in the non-GMO label by the class action plaintiff’s bar. Even attorneys who know nothing about agriculture have figured out that there really is no such thing as non-GMO. We have been hybridizing for so long, that non-GMO does not exist.

The problem with a “non-GMO” label is that it implies the product is different from the GMO counterpart. How can this be when you cannot perform a test that verifies the difference? This may arise to a dispute over truth in advertising.

Here’s an example of how arbitrary the rules are. According to Dannon, a cow only needs to be on non-GMO feed for 30 days to produce non-GMO milk. A vet I talked to wondered how the 30-day interval was determined.

The timing for such corporate behavior is poor. Recently, the science community held a march on Washington because many value scientific research and principles in this country. Now is the time for agriculture to a prominent part of the science discussion. If science is valued in other industries, it should be revered in farming.

This is actually the inverse of an a position Fred Yoder explained to my Ag Policy students at the Lake Campus of Wright State University this past Spring Semester. He kindly agreed to talk about his involvement in national policy efforts and his role on the Trump Agriculture Team. As he explained to the class, you cannot believe in GMOs and disagree with climate change. Science is science.

Now is the time to promote that position with consumers, not appease their ignorant, uninformed opinions. Climate change is clearly on the minds of many, particularly consumers that may be misinformed on GMOs. You cannot believe in climate change and disagree with GMOs. Science is science.

To add insult to injury in Ohio, Dannon is bringing a new 3,600 cow dairy to Mercer County to provide their non-GMO milk to the Dannon plant in Minster. How is bringing 3,600 more animals to this area part of their commitment to conservation and renewability and water usage?

There must be in excess of 150 family dairy farms in the Mercer/Darke/Auglaize area. Much research indicates that what consumers want is safe, locally produced food from family farms. This is commonly referred to as the local food movement. I think our grandparents just called it common sense.

Dannon insists that to protect their brand, the company needs to be able to trace the entire production of milk, from the seed of corn planted to the cup of yogurt that results from the cows fed the non-GMO corn. Perhaps. I think control is a more appropriate description. This strategy appears to be a form of vertical integration, which is not common in the dairy industry yet. Contracts like this are far different to review and negotiate and should not be entered into without serious discussion and consideration.

This is a big country with lots of opportunities and choices and options. Dannon is free to go rogue with the Whole Foods crowd. They just don’t need to legitimize bad science and perpetrate hysteria in the process.