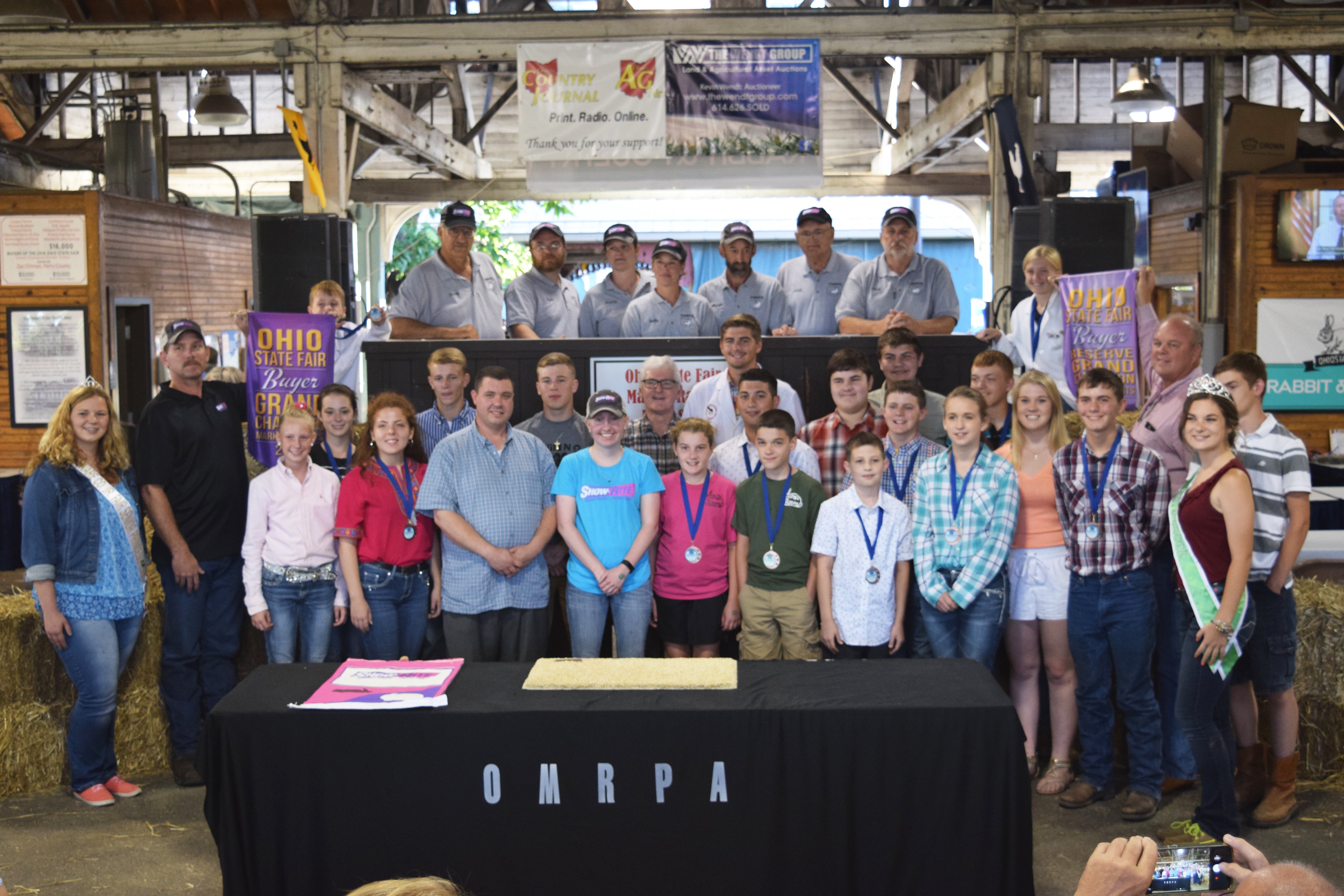 Exhibitors gathered to thank the buyers