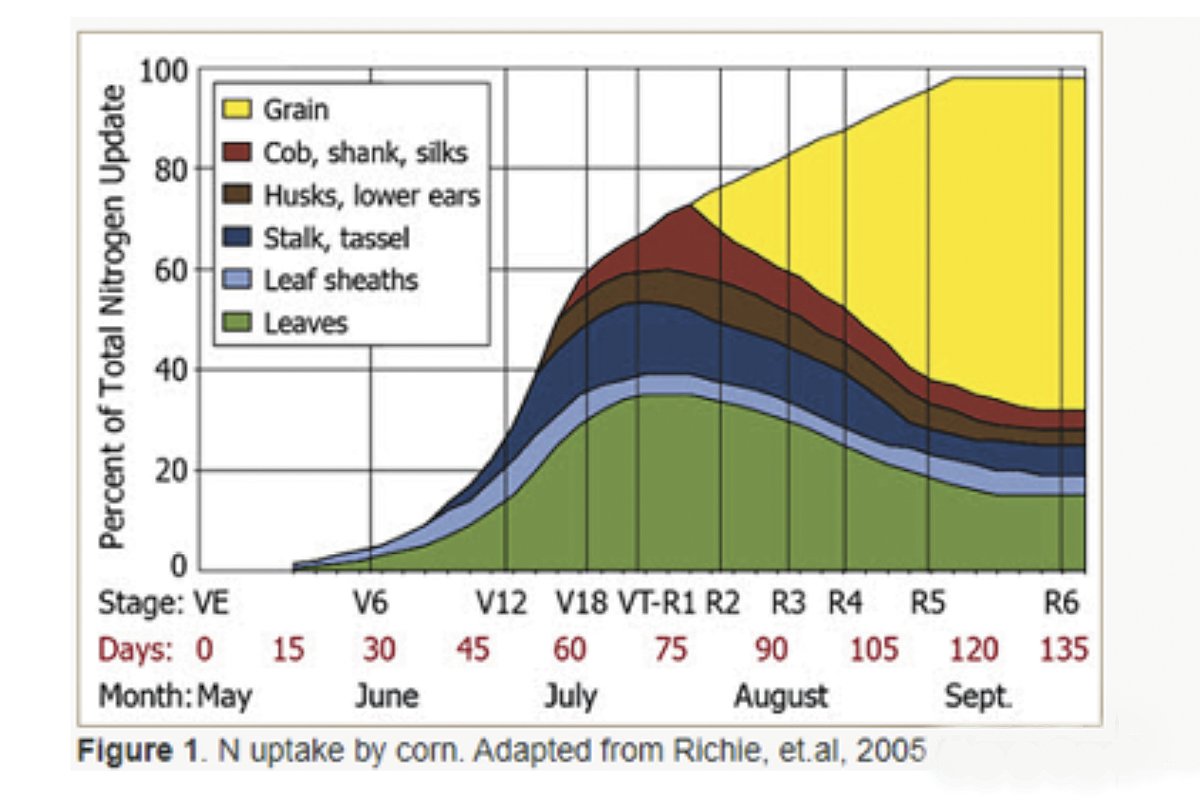 Watch for harvest issues after a challenging growing season

We began this season with the best-laid plans for our corn crop. April weather provided us with the optimism we were all looking for, but since then, it’s been difficult to keep our head above water — literally. As you know, 2017 has proven to be one of the wettest growing seasons on record for Ohio, with some areas receiving over 20 inches of rain throughout the month of June and similar amounts in July as well. The saturated growing season has resulted in much of our corn experiencing shallow and weak root systems, nitrogen (N) loss, and even impacted pollination in some areas. While some well-drained fields may have had sufficient nitrogen available to the plant, excessive rainfall moved the nitrate nitrogen below the concentration of roots — making it inaccessible as well.

Physiologically, corn will attempt to produce grain at all costs. When corn encounters stress due to nutrient deficiencies during the grain-fill period, the plant will respond by cannibalizing the leaves and stalk to meet the needs of filling the grain. This gets compounded with the demand from newer hybrids for a higher percentage of their total N, which is needed later in the growing season. If the plant diverts N from the stalk to feed the grain, it can lead to premature death and susceptibility to stalk rots as well.

While scouting corn fields throughout the month of July, I observed that almost all corn fields were experiencing some degree of gray leaf spot (GLS) infection. Most of those fields were planted in either late April or mid-May, with GLS infections primarily confined to the lower canopy of the plant, the ear-leaf, or below.

Northern corn leaf blight (NCLB) has also been identified in some earlier planted corn. Both of these diseases require moisture and/or humidity for infection and spore reproduction to occur. However, they thrive in different temperature environments.

GLS infections favor prolonged, warm temperatures between 75 degrees and 85 degrees F, while NCLB favors more mild temperatures ranging from 64 degrees to 81 degrees F. Due to the length of infection process, visual symptoms may not be noticeable for up to two weeks after infection, depending on weather conditions and hybrid susceptibility. Because the overall yield potential of many fields was already in question, some farmers chose not to invest further into their corn crop by applying a fungicide at tassel, which is another reason why stalk quality at harvest may be a potential issue.

As the growing season comes to an end, I’d encourage you to consider these potential issues when prioritizing which fields to harvest first.

Have a safe harvest.