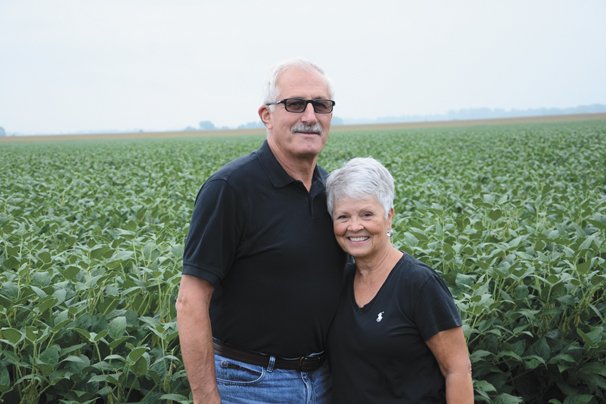 Daryl and his wife Cate currently live on and operate the Knipp Century Farm in Sandusky County.

If you were to ask Daryl Knipp at what age he started farming, he wouldn’t be able to tell you.

“One of my earliest memories was riding in the truck with my dad when I was a little boy, taking a load of tomatoes to the processing plant,” Knipp said. “I was his shadow and followed him around for as long as I can remember.”

Agriculture is all that Knipp has ever known. This makes sense, seeing as how the Knipp family has been in the farming business for over a century now. Knipp Farms Inc. in Sandusky County is an Ohio Century Farm, a program sponsored by the Ohio Department of Agriculture, to recognize and honor Ohio family farms’ heritage. Daryl and his wife Cate currently live on and operate the farm.

“My great-grandfather, Henry Knipp, is the one who originally purchased 134 acres here in Lindsey in 1913,” Knipp said. “The story is that Henry was a conservative and religious man, who wanted to find a ‘dry’ community to raise his family in. He packed everything up and moved here from Napoleon, Ohio, where he was raised.”

The area was not only dry in spirits, but the Great Black Swamp, the region of Ohio that Henry moved his family to, had been drained by that time. The Great Black Swamp is an area in northwest Ohio that lies in the Maumee and Portage River watersheds. Before the mid- to late-1800s, the area was a densely forested wetland, feared for its wildlife, potential diseases (malaria was a huge concern due to mosquitoes), and impassability.

By the time Henry settled his family in the area on what would later be named Knipp Road, the region had been fairly well settled.

“This farm is on lake bed soils. It’s also relatively flat,” Knipp said. “The biggest problem in this area is from getting too much water and rain instead of not getting enough. Drainage is truly what made this area successful.”

Henry passed his farm down to Knipp’s great-uncle, who then passed it down to his second cousins Harold and Dwight. Daryl and his father Burdell had the opportunity to purchase the farm in November 1988.

“The original farm was corn, wheat, beans, hay and dairy cattle. In fact, John and his wife, Nellie and their sons Harold and Dwight were really well known for their Ayrshire cattle. They showed all the time at big shows under the name JON-ELL Farms,” Knipp said. “By the time my dad and I took over the farm the dairy herd had been dispersed and the farm was used totally for crop production.”

Knipp and his father grew a variety of vegetables including tomatoes, cucumbers and cabbage as well as grain. They also grew and custom harvested sugar beets.

“Diversity is what allowed my father and I to succeed,” Knipp said. “When I returned home from college, my parents were making a living off of 200 acres and had put two kids through college. I was fairly fortunate in that my dad decided to take a step back once I returned home from school. I was the one who made a lot of the choices and decisions for the farm and he supported them.”

Their decision to start vegetable production was largely influenced by the amount of processing facilities in their area, the soil type in the former Great Black Swamp and the lake effect climate.

“Until 1996 we would take our tomatoes to Heinz in Fremont and in 1998 began selling to Hirzel Canning in Toledo and Pemberville, and we would take the pickles to both Heinz and Valasic,” Knipp said. “Our cabbage went to the Fremont Company and some went to Hirzel.”

After Knipp returned home from The Ohio State University with a degree in farm management, he got right to expanding the farm. Knipp introduced some mechanization to the vegetable production side, and started looking for more farm ground. The farm grew significantly over the years, and is currently operating on about 1,000 acres of land. The crops and farming practices have also changed significantly since his college graduation.

“When my dad started farming he was using mules to work the ground. The last tractor he drove before he passed in 2012 had auto-steer in it,” Knipp said. 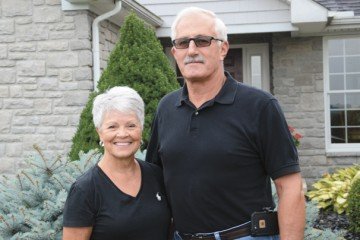 When Knipp Farms Inc. first started growing vegetables, there were many hands needed to operate machinery and to pick vegetables by hand.

“We relied pretty heavily on good migrant workers. We had some really great families that would come and work for us every year. Unfortunately, it became harder and harder to find workers as the years went on,” he said.

A combination of lack of workers and the changing market caused Knipp to harvest his last crop of cucumbers and tomatoes in 2011. Currently, Knipp only grows corn and soybeans, but his final harvest is quickly approaching. Knipp will be retiring this fall after a lifetime of farming and service to the agricultural industry.

“I don’t have a successor,” Knipp said. “If I had a successor, I probably would be continuing to grow vegetables and crops.”

That isn’t stopping Knipp from continuing the farm’s legacy, however.

“I am currently working with the Black Swamp Conservancy and the ODA to preserve the farm,” Knipp said. “This will ensure that the farm ground will be used for agriculture forever.”

The Black Swamp Conservancy cooperates with the Ohio Department of Agriculture’s Clean Ohio Local Agricultural Easement Program that purchases the development rights to farms throughout northwest Ohio. It is one of 40 land trusts in Ohio and one of 1,500 trusts nationwide. The goal of the Conservancy is to protect and preserve the heritage of natural and agricultural lands. Currently, the Black Swamp Conservancy protects over 15,000 acres of land in the northwest Ohio and northeast Indiana region. With 40,000 acres of Ohio farmland being lost every year, Knipp saw value in committing his land into the program.

“I am not sure what the next generation of owners will do — if they will farm it themselves or if they’ll rent it out,” Knipp said. “But there will still be a farm here and that is very important to me.”

Getting into the Agricultural Easement Program is not an easy process. Knipp started working with the ODA and the Black Swamp Conservancy in 2016. The program is very competitive and uses a point-based system in order to select the acreage to be enrolled in the conservancy.

“We lucked out because we are right here on the bike trail,” said Knipp, as he pointed to a paved path at the back of his yard. “People like to see the view. It’s a pretty drive or walk down the trail here, with corn and beans to look at.”

Knipp’s farm also happens to be nearby another farm that is already enrolled in the Black Swamp Conservancy.

“That really helped us out because the ODA likes to keep sections of land together,” Knipp said. Other factors that are used to determine what land can be entered into the Black Swamp Conservancy include soil type, farming practices, and location.

“We hope to have all the paperwork signed and completed by January of 2019,” Knipp said.

In the meantime, Knipp hopes to enjoy his retirement and potentially dig into his family’s history a little 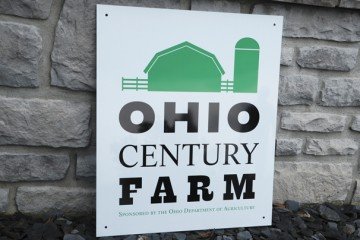 “I looked into the Ohio Century Farm program because I think it’s important to recognize both land and family,” he said. “Fewer and fewer people are engaged in agriculture, and it’s really neat to have a visual demonstration of family history. I think it’s a message that consumers can relate to and connect to.”

Knipp is also quite confident that his farm will be in good hands upon retirement this fall.

“I am working with a multi-generational family operation that is going to be farming the bulk of our land this upcoming spring. It’s pretty special that my ground is going to give someone an opportunity to farm full time,” Knipp said. “I’ll miss farming, but hopefully, my phone will ring and someone will ask me to come over and do something that’s agriculturally related. If I can give somebody an opportunity to have a lifetime career similar to the one I have enjoyed and the chance to do something they really always wanted to do, then it’ll be good for all involved.”