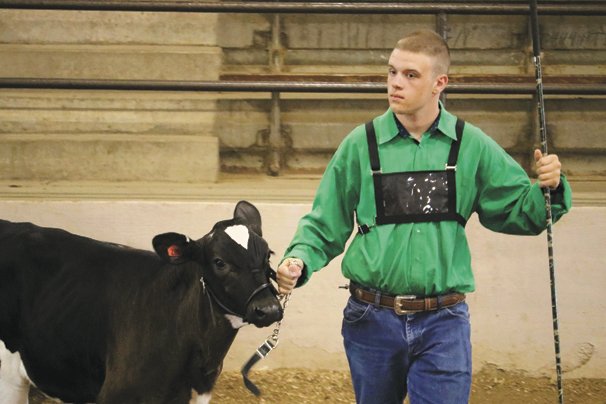 The show ring and the county fair offer great opportunities to showcase many positive things about Ohio agriculture. With this opportunity, though, comes the responsibility of young livestock exhibitors to practice and display ideal animal care standards.

“Animal welfare is definitely something that is very important to me and that picture isn’t always painted properly,” said Kolt Buchenroth, a junior fair exhibitor from Hardin County. “Not everybody comes from that 4-H and FFA environment and has that guidance to properly treat those animals. Even if they don’t, they need that to make sure everything is done properly. Those animals that need help obviously can’t speak for themselves.”

Buchenroth has shown at the Hardin County Fair (taking place this week) and Ohio State Fair in the past, actively helping to educate the public and fellow exhibitors on animal agriculture. Through his many years of working with livestock projects, Buchenroth said he has gained a deeper appreciation for the care and wellbeing of production animals. His earliest experiences were with horses before becoming more familiar with cattle.

“Horses and cattle are polar opposites if you ask me. And so when I got into the cattle, I found that you’ve got to have a lot of patience. My mom’s horses are well-oiled machines and she can ask them to do what she wants to do and they just do it,” Buchenroth said. “Breaking a steer from an early age is something where you have to learn to have patience and perseverance not to give up on those. But also I’ve found something that works really well is just that positive reinforcement.”

Buchenroth has spent months preparing for his final year at the Hardin County Fair this week, concluding a journey that began years ago and has been maintained by his deep-seated care for animals.

“The champion’s made while no one is watching — what that means to me is get out of bed in the morning, go out to that barn, feed those animals,” Buchenroth said. “You’ve got to put in the hard work, you’ve got to put in the time and it will pay off.”
It also means that exhibitors have the duty to adhere to proper animal care both in (and out of) the spotlight of the show ring and the county fair. Ohio leads the nation in setting the standards for proper care of agricultural animals since Ohio voters brought into law the Livestock Care Standards Board in 2009. The 13-member committee meets three times a year to discuss issues of animal welfare in Ohio, taking action on certain cases where a need to improve livestock health is recognized.

State Veterinarian Dr. Tony Forshey has been part of the Board since its inception.

“There are several states that have livestock care standards, and they’re usually called animal welfare standards or animal care standards. But none are as strict as ours,” Forshey said. “Many of those states have guidelines and they may have some rules. Their laws may say that you may do this or may not do this. Our laws say you shall and you will — you must. That’s why our law is unique from anybody else’s. Ours are enforceable.”

The Livestock Care Standards overseen by the Board range in dealing with everything from the proper care of 4-H and FFA projects to items including feed, transportation, euthanasia practices, and civil penalties for those found in violation. Tips directed to the Board come in on all communication lines, including social media. The Ohio Department of Agriculture helps to monitor such interactions.

“The Ohio Livestock Care Standards Board is an entity of itself. It’s a separate board — just like Board of Education, or any other board — but it happens to be housed at the Department of Agriculture,” Forshey said.

The Board is made up of individuals from all around the agricultural and livestock industries, keeping a close eye on the latest trends developing year-to-year.

“Something I think is a little unique is this is the first time that commodity groups can actually police themselves,” Forshey said. “Say you have 100 people out here in a commodity group and you’ve got two bad actors — nobody has authority over them. They can actually police themselves now by saying hey, we’ve got a guy out here who’s doing this and does not represent our industry and he’s doing some bad things from an animal care standpoint.”

Forshey also mentioned how the Board goes out of its way to constantly review its practices and standards on a yearly basis, whereas the governmental requirement for such organizations is a review every five years. In each of its three meetings a year, the board sets aside time to review a third of their regulations to make sure they are up-to-date and relevant in the ever-changing world of animal care.

It’s quite a job and all work is voluntary. Board members do not get paid for their duties. Field staff members are used when needed to investigate cases.

“It averages out to be about one investigation a week. The other thing we find is that in about half of these we go out and there are no violations,” he said. “People are reporting them because they’re jealous of a neighbor or the neighbor bid on a farm they wanted.

“A classic example of that is we were called about a vicious bull. A lady called in and said she had a bull that was pawing the fence line right at her backyard. She was afraid to let her kids out because the bull pawed at the fence and it was just dangerous. We got somebody out there immediately only to find when we got there, it was a Hereford bull with a halter on him and you could walk up and pet him and do anything you wanted to it. That was a case where these people were mad because there was a farm for sale and that guy got it and they didn’t.”

Forshey said cases also happen where there is a chance for education about livestock animals.

“We were called out once early on with six dead horses out in the middle of a field in May. We go out and look and there’s six horses out there enjoying the first rays of sunshine of the spring asleep on the ground,” he said.

The Livestock Care Standards Board involves (and includes) people of broad animal care backgrounds. This philosophy reaches back to the beginnings of the Board in 2009 when there was concern from the agricultural community about the likelihood of the Humane Society of the United States (HSUS) entering Ohio on a more agenda-driven purpose. With an understanding that HSUS was likely going to pursue a ballot measure in 2010, Ohioans voted in 2009 to create the Animal Care Standards Board to oversee animal welfare in the state.

Forshey said though the Board was brought about during that time, there has always been a push in the Buckeye State to stay ahead.

“I think that [the HSUS ballot effort] was the initiative to that, but in Ohio we’ve always had a proactive approach. If we see something we should be doing or something coming down the line, we’re going to be proactive, not reactive,” he said. “There are some New England states now that are really struggling with this. They don’t have the legislators to back them and you have to have legislative support to get these done. We’re fortunate to have legislators with a farm background, they understand it, and they understand agriculture is important to our country.”

As defined in the law, livestock for the Board’s definition includes equine animals regardless of purpose and any other animals that are raised for human food products or fiber. Certain laboratory animals do not fall under the guidelines as they are overseen elsewhere. The Livestock Care Standards apply to privately owned animals on farms and the junior fair shows statewide. Whether in the show ring or in the production barn, Ohio’s agricultural industry remains strong with the Livestock Care Standards Board an example of the backing ensure animals are properly cared for along the way. 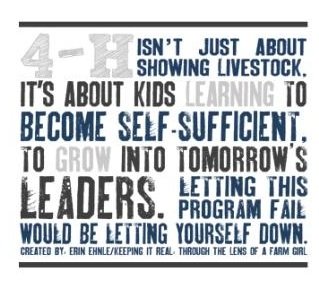