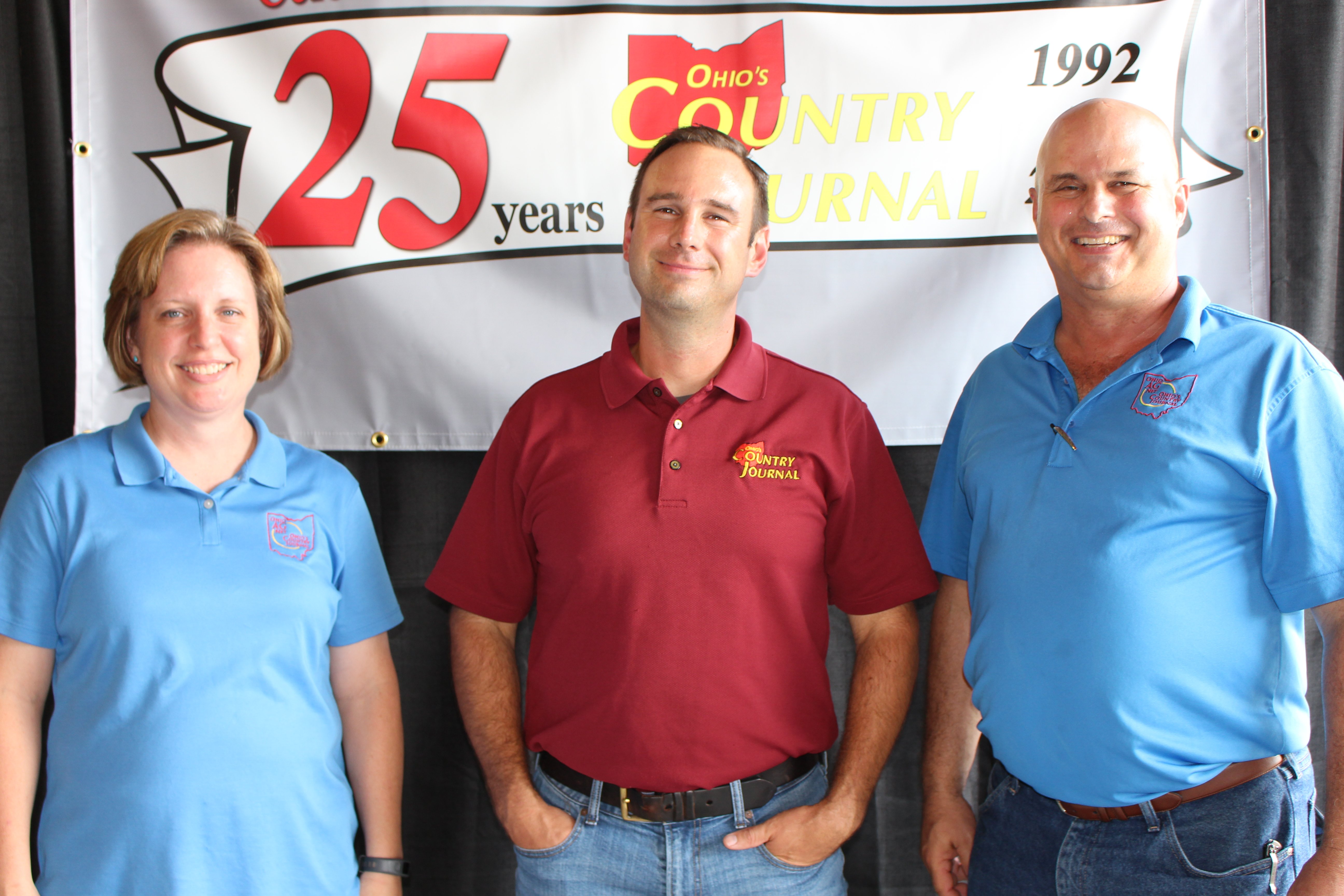 For the last 20+ years (since June of 1999) Kim Lemmon and Matt Reese have worked with owner and publisher Bart Johnson at the OCJ.

A bit of OCJ history for you…

Nov. 1, 2017 marks the 25th anniversary of Ohio’s Country Journal with Issue 1 Vol. 25. The very first OCJ was a trial issue that came out in September of 1992 featuring Mark Thomas and his ethanol-powered hot rod on the front cover. The first official issue, however, (Vol. 1 Issue 1) was in November of 1992 and featured pumpkin production (and some fancy painted pumpkins) on the cover.

Things have certainly changed both for Ohio’s Country Journal, and the farms that were featured since our Vol. 1; Issue 1 came out in November of 1992. 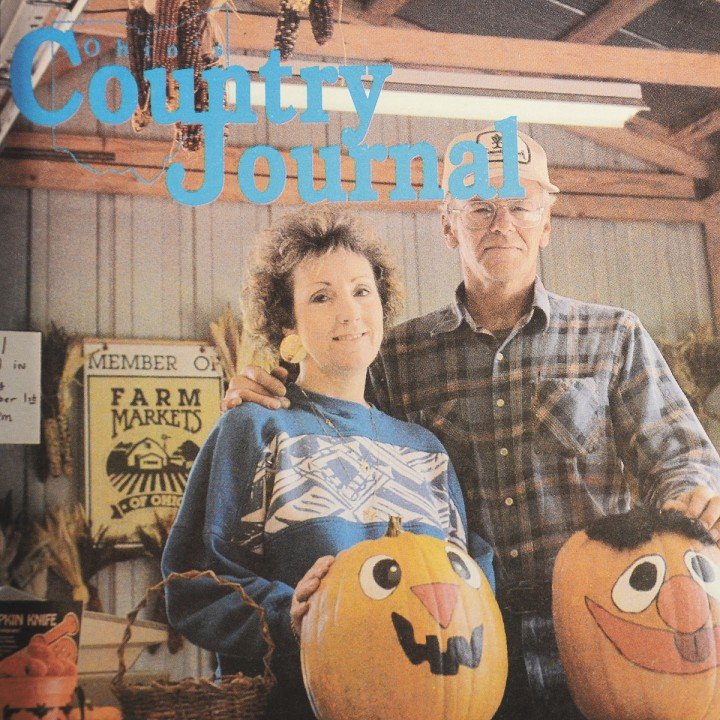 The front cover featured John and Carol Blatter who ran Blatter’s Truck Patch on Route 40 in West Jefferson in Madison County. Neither were raised on a farm but the Blatter’s started selling fruits and vegetables from a card table in their garage in 1978. By 1992, they had grown the operation to 63 acres with a focus on pumpkins and autumn sales. Their started-from-scratch operation featured a very unique “pumpkin island” that featured more than 50 pumpkin-headed characters including the likes of Bugs Bunny, Santa Clause and even Teenage Mutant Ninja Turtles on an actual island in the creek beside the farm. Carol scoured thrift shops for the clothing to adorn the characters and painted the faces on the pumpkins. They also had hayrides a corn maze, petting zoo, pony rides, and other activities. Blatter’s Truck Patch closed around 2000, but the agri-tourism tradition continues right next door with Madison Tree and Landscape that features a wine and vineyard shop that hosts events.

In the next few weeks, I’ll be recapping some more OCJ history to commemorate a great 25 years of serving Ohio agriculture, so please stay tuned.