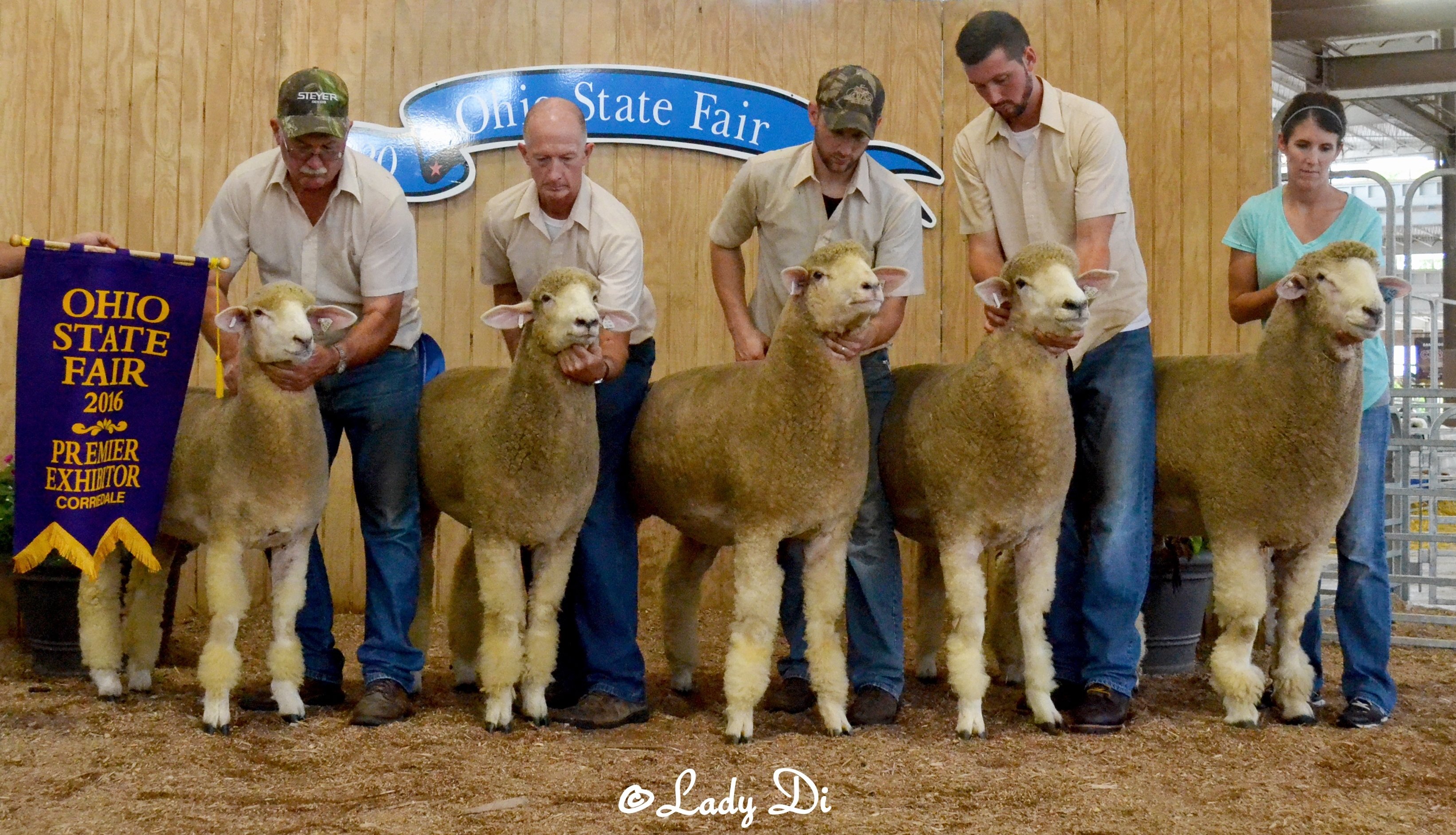 What started as a livestock project back in 1944 has become a multi-generational legacy for an Ohio family that has built a reputation across the country in the Corriedale sheep breed.

“This farm started as a general livestock farm with Shorthorn cattle, Poland China hogs and a few sheep,” said Al Kin, the eldest member of the Wyandot County family. “After a few years with Hampshire and Shropshire lambs, my dad was looking for a breed that had more wool and was easier to lamb with, so when my brother got into FFA he took on a Corriedale sheep project. Dad liked the results so much he bought a ram and started a purebred flock.”

After over seven decades of hard work, dedication and success, the Ohio Sheep Improvement Association and the Ohio Sheep and Wool Program saw it fit to name Al Kin, along with his sons Jim and Phil, as the 2017 Charles Boyles Master Shepherds of the Year announced at the Shepherd Symposium last weekend.

“As those in the sheep business well know, everybody in the family has to work together to succeed and that is what makes this award so special because it recognizes the entire family,” said Roger A. High, Executive Director of the Ohio Sheep Improvement Association. “When you think of a family like the Kins, they are just really deserving of this award.”

Even though the efforts of the Kin family have impacted the sheep industry in Ohio and beyond, the majority of the recognition they receive is inside of the show ring. Awards outside of the ring are accepted humbly by the unassuming family.

The Kins were awarded the Corriedale Breeders of the Year back in 1968. In 1987, Al Kin was recognized with the Guy Green Award, given to nation’s outstanding Corriedale Breeder. Al also served as the American Corriedale Association President in 1970 and 1971.

“It’s important for us to showcase the best shepherds in our state’s sheep industry because they are the ones who built this industry by building their flocks and being in the lead of making sure Ohio sheep producers continue to succeed,” High said. “I can’t think of a more deserving family this year than the Kins.”

As Al Kin grew his flock, his family grew too.

“I have been involved with the farm from the time I was able to walk,” said Al’s son Jim Kin. “A lot has changed in the breed from that time and Dad kept us on a path to always have the best sheep that we can. We have always tried to keep breed type in them, keeping adequate size and a high quality fleece along with it.”

For Jim’s brother, Phil, the chores also started at a young age. He would have the duty of hauling water to the stud rams the moment he was strong enough to carry the buckets. He says some prominent Kin characteristics have helped the farm find winning ways.

“Dad is a very competitive person and that certainly carried through to Jim and me,” Phil Kin said. “The mentality we had on show days at the fair was to work very hard to get the sheep ready and do our best. Once the job was done we could enjoy the remainder of the fair with other breeders and show kids.”

That philosophy has helped the Kins garner countless championship banners on many different levels.

“When Jim and Phil graduated from college and became more involved on the farm, they got more aggressive as far as breeding, selling and showing were concerned,” said family friend Farabee McCarthy. “They have had Ohio State Fair champions and have won similar banners nationally and they have really done very well over the past 30 years so this is well deserved. They continue to breed top level sheep in a Corriedale breed that is sometimes difficult to stay with quality.”

It would be easy to keep the methods of breeding and maintaining that high quality of sheep inside of their own barn, but the Kins have helped numerous others in their area, including Alex Wolf, become competitive in the Corriedale breed.

“They have always been good mentors of ours,” Wolf said. “I remember in the late 1990s we bought a buck from them. We were having some issues with our Corriedale program at the time and that buck turned our flock around. Jim and Phil helped us get him ready and get him trimmed and look like he needed to. They are always willing to help and we are thankful for that.”

Wolf especially admires the consistency that is apparent on the Kin farm.

“They still believe in a line breeding program and they keep a good genetic base going, especially in the female side,” Wolf said. “They raise true-to-breed type sheep. You can make them a little bigger and as long as you keep all of the true points there you can keep some consistency and they have been able to do just that.”

Whether it is at the Wyandot County Fair, the Ohio State Fair or any other major livestock show, it is truly a family affair and when the Kin family gets together, they are hard to miss.

“At State Fair we have always penned either in their aisle or right next to them and it is almost comical when you look over there on show day at the number of people they have there,” said Scott Peters, a fellow Corriedale breeder from Versailles. “It is really neat to see such a big family coming together doing exactly what they love to do and that’s showing sheep and helping others.”

The Ohio sheep industry has been transformed by the genetics stemming from Kin Farms, but the reach of their flock goes well beyond the state line.

“Their bloodlines go back to the top of all of the major flocks around the country, like the Phillippi flock out in Montana,” Peters said. “Breeders throughout the country know that you have to have a Kin animal as a genetic background to be successful and the Kins really have evolved over the years to keep their genetics at the top of the class.”

And it looks like the Kin name will continue to be synonymous with the Corriedale breed.

“Growing up I saw my dad looking up to Al Kin through the years and then I looked up to Jim and Phil the same way as I got more involved in the industry,” Peters said. “Now that next generation of Jim’s son, Scott, and Phil’s son, Taylor, can be found in the trimming pen getting sheep ready and that means the Kin tradition in the Corriedale breed will be around for many years to come.”