How can delayed weaning benefit your operation?

At what age do you wean your lambs? This is a question that I have asked producers many times. I have heard ages ranging from 35 to 130 days of age with the most common answer being 60 days of age. This is the most common weaning age for producers in the eastern United States. When I ask producers why they wean their lambs at 60 days of age or younger, most respond with “that’s the way we have always done it here on the farm, so why change now?”

From a researcher’s perspective, this is not a valid answer. Weaning before the natural weaning age (between 100 to180 days of age depending upon sheep breed) is stressful. Weaning stress can lead to decreases in animal performance as demonstrated by decreased weight gain. Weaning stress can also result in decreased animal health as shown by decreases in immune system function that can lead to an increased susceptibility to disease and infection. However, if we were to let nature run its course and allow for animals to wean naturally, could we increase animal health and performance?

Considering the nutritional components of milk (fat and protein) as well as the stress associated with weaning, if producers increased the weaning age of lambs, would this allow operations to capitalize on lamb growth and health? In order to determine if delayed weaning benefits lamb health and performance, the authors below conducted two experiments.

Data measurements collected in both experiments included body weight (BW), average daily gain (ADG) to monitor lamb performance. Packed cell volume (PCV), Fecal Egg Counts (FEC), and FAMACHA eye scores were collected to monitor lamb health. Packed cell volume is a measurement that determines the amount of circulating red blood cells in the body, which can be used to assess the level of anemia (blood loss). Fecal egg counts were used to quantify the number of parasite eggs being shed per gram of feces. FAMACHA eye scores were also used to assess circulating blood levels by viewing the mucosal membrane of the inner eyelid, a quick and easy way for producers to monitor their flock on-farm for Haemonchus contortus.

In experiment 1, lambs were placed into one of two weaning treatments; Pasture Control (PC): lambs weaned at 60 days of age and placed on pasture and Ewe (E): lambs placed on pasture with ewe and weaned at approximately 123 days of age. Grazing paddocks were primarily composed of tall fescue and known to be infected with parasites (Haemonchus contortus – parasite of interest). In addition, lambs in experiment 1 were provided one of two mineral sources, loose mineral verses block mineral supplementation. At the end of the grazing phase, all lambs remained in their treatment groups and were fed to a targeted finishing weight (~120 lbs.) during the feedlot phase.

For lamb performance, lambs that were weaned at 123 days of age (E) had a greater final BW and greater total ADG. From a health standpoint, E lambs had a higher PCV value at the end of the grazing portion of the trial when compared to PC lambs. Farm records also indicated that 41.7% of PC lambs required anthelmintic treatment as a result of parasitic infection whereas 0% of E lambs required anthelmintic treatment. In addition, when looking at the effects of mineral type, lambs consuming loose mineral had a greater overall ADG while on pasture when compared to those lambs consuming block mineral.

Delayed weaning in both experiments proved to be beneficial. For those producers that face challenges with parasitic infection and are interested in raising grass-fed lamb, delayed weaning may be a cost effective alternative as delayed weaned lambs had greater gains and did not require any treatment for internal parasites. In addition, while mineral supplementation is important for basic biological functions, experiment 1 showed that lambs that were offered a loose mineral had a greater overall ADG when compared to those lambs that were consuming block mineral. Upon entering the feedlot, delayed weaned lambs spent fewer days on feed and were marketed at the same age as those lambs that entered the feedlot at 60 days of age. Therefore, for those producers that are interested in utilizing more pasture, decreasing the use of anthelmintics, and decreasing the amount of grain require to finish lambs, delayed weaning may be a viable option. 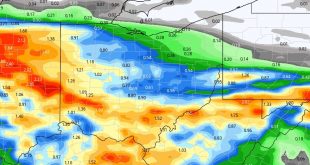