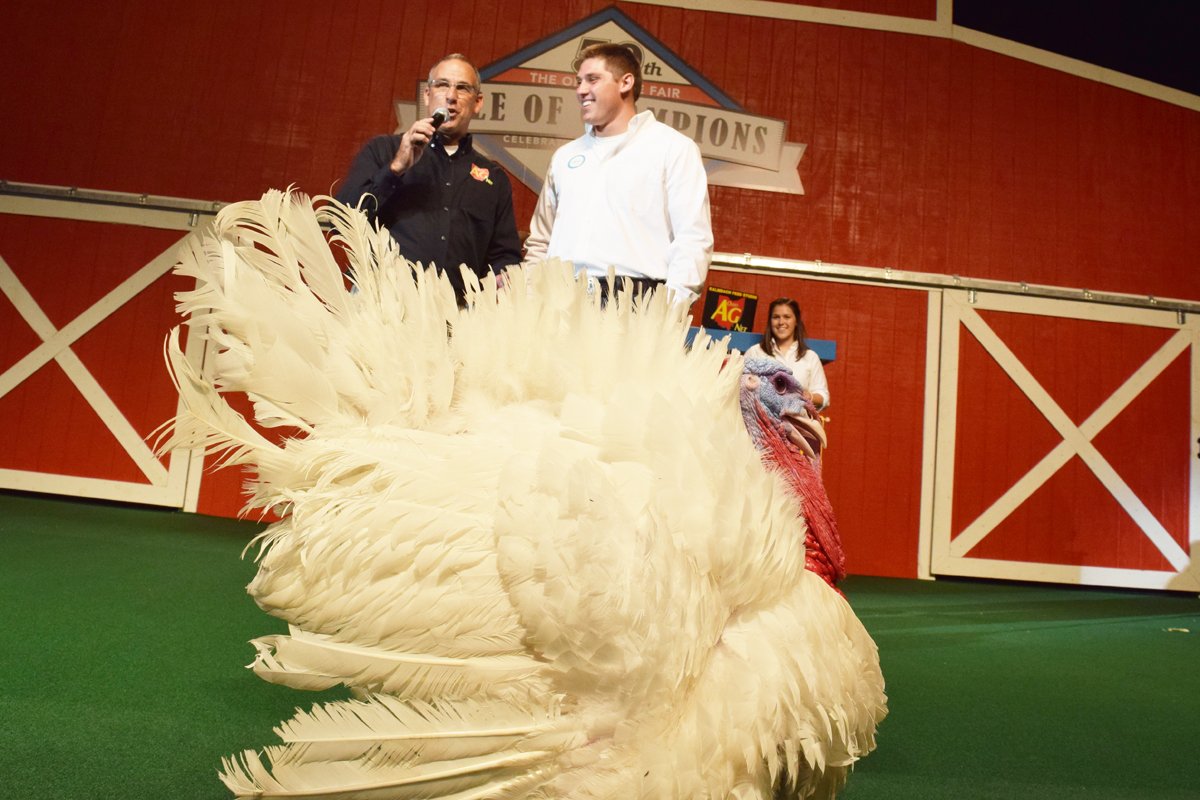 Our web site keeps track of the stories that generate the most interest and at the end of the year we like to review the top stories to gain insight into how to better serve readers of our web and print content and our radio listeners. Plus, it is always fun to see which story comes out on top. To revisit all of these favorite web stories and videos in the last year, look for “2017 top stories of the year” on the right side of this web page. In addition to these top posts, other noteworthy drivers of web traffic in 2017 included the Ohio and Pro Farmer crop tours, the Ohio State Fair livestock show results, and Between the Rows. Weather challenges, the tough farm economy, and all things draft horse also garnered major web traffic in the last 12 months. Here are the 10 most popular stories of 2017.

The Clinton County Fair Board worked closely with the Ohio Department of Agriculture, the Clinton County Agricultural Society and local and state health officials to stop further spread of this virus in the hog population by making it a terminal show. State Veterinarian Tony Forshey said it was a tough, but necessary, decision. And, as the story described, the decision was not without controversy.

On the afternoon of Sunday, Nov. 5, 15 tornadoes touched down in different parts of Ohio, according to the National Weather Service. Two of the worst were in Mercer County.

According to the National Weather Service, one of the tornadoes touched down in Celina and skirted Grand Lake St. Marys, causing eight injuries. Some of the most significant damage was at Crown Equipment Corporation where a significant portion of the roof was removed and exterior walls on the southwest side of the building collapsed. Several other businesses were affected as well.

A second tornado swept in from the state line, according to the National Weather Service report. The tornado crossed into Mercer County and cut a swath up to 500 yards wide on its 8-mile path affecting more than 20 properties.

The community rallied to support its young people and the Cole family. Just under a month later, the cheers of the West Liberty-Salem students and staff were heard echoing through the hallways as Cole, who was nearly killed in the incident, returned to school on Feb. 13. Though he still sported evidence of his ordeal, including a neck brace, he continued to work to make a full recovery.

Fifty years ago, it started with a dream to support the Ohio State Fair’s youth livestock exhibitors. Gov. Jim Rhodes was the mastermind behind the event that would help build the legacy of Ohio livestock exhibition on a national and international stage — the Ohio State Fair Sale of Champions. Rhodes recognized the hard work, long hours and vast leadership potential of the top livestock exhibitors at the Ohio State Fair and he wanted everyone else to do the same. He also wanted to establish a way to help those young exhibitors benefit from their incredible achievements financially. With these goals in mind, Rhodes teamed up with the Ohio Expositions Commission and well-known auctioneer Merlin Woodruff. The first Sale of Champions in 1968 was designed to provide a one-stop event to showcase the fair’s top youth livestock exhibitors, provide an attraction to promote agriculture and attract the interest of buyers who could afford the type of funding required to reward excellence. This tradition continues today!

5. A first generation farmer’s perspective: 25 years of chances given and lessons learned

When thinking about a typical farmer in Ohio, it wouldn’t be out of the ordinary to find out that they might run a couple thousand acres of corn, soybeans and wheat. One would also expect that there is a barn full of livestock right alongside a barn even fuller of machinery and implements. Brent Pence of Lynn Alan Farm fits of all of these ag-centered stereotypes, but the one characteristic of this New Carlisle producer that may be a surprise is that he is a first generation farmer. It took luck, opportunity and many hours of hard work to build a first generation farm.

6. A barn full of Internationals and not a tractor in sight

Ty Higgins often drives through rural Ohio wondering what is hiding in the old barns in the countryside. There are surely stories those structures could tell and who knows what treasures that might lie within — most with more value of sentiment than monetary.

But never judge a barn by its cover. That is a lesson Ty learned in northwest Ohio when he found an incredible collection of vintage International cars and trucks in a barn owned by Rich Kleinoeder. The 60-car collection spans from the first International cars made in 1908 to the manufacturer’s last efforts with trucks in 1980. Now, they are all tucked away in a barn made just for them.

7. Where are the “You Been Farming Long” boys now?

Do you ever wonder what happened to the subjects of one of the most iconic pictures in the history of agriculture? So did Ty Higgins. Back in the early 80s you couldn’t go to a farmhouse, implement dealer or sale barn without seeing this poster somewhere on the wall. Seeing it recently for the first time in a long time piqued Ty’s curiosity and he wanted to know what ever happened to these two boys (who are in there 40s now). So he Googled it. You can see what he found out on page  .

8. In the barn and out of trouble

In Clinton County, a new program is giving area youth an opportunity to find something more productive to do than they might otherwise choose. The Juvenile Court System has started a new 4-H group, called Bacon and Bits, and they are giving kids in that club a hog to show at the county fair that provides much more than just a summer project.

In March of 2017 Ohioans got together through Facebook to lend a helping hand to the folks in need in Ashland, Kan. after devastating wildfires burned the area. I got to tag along and so did everyone monitoring this photo post back in Ohio. It was a great privilege to be a part of something like this and to have the opportunity to share the journey with those back in Ohio.

10. Is Dannon guilty of marketing flimflam?

There has been quite a bit of buzz in the dairy industry about Dannon recently and attorney Leisa Boley-Hellwarth delved into the legalities of the issue. Dannon claims they are merely giving the consumers what they want. Many in agriculture disagree and assert that Dannon’s actions are merely “marketing flimflam” and “fear-based marketing.”