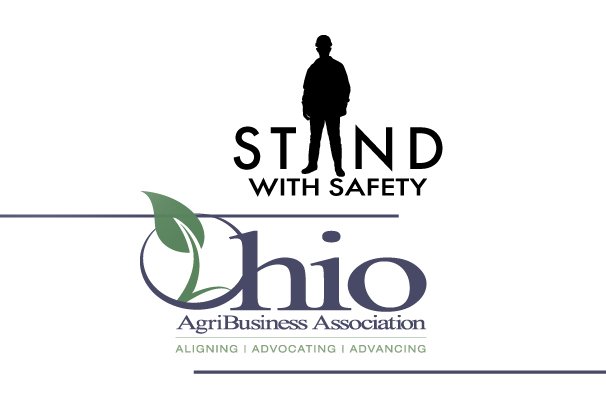 A proactive approach to the legalities of safety can pay dividends

Thoughts of legal issues can make just about everyone cringe, especially when discussing safety regulations for agricultural operations. In times of tight budgets and ample regulations, the legalities of work site safety may not be a favorite topic but are well worth the time required to take proactive measures, starting with a suitable insurance policy, said Amanda Stacy Hartman, an attorney with Barrett, Easterday, Cunningham and Eselgroth, LLP.

“Obviously, everybody should have their property insurance, liability insurance, all of that in line and make sure the limits to your coverage are going to cover any kind of accident that may happen,” Stacy Hartman said. “And employers, if your employees do get hurt on the job you should be paying workers comp insurance to take care of any needs they would have while they are out of work because of those injuries.”

It is also important to note that workers’ compensation does not cover intentional acts that result in a workplace injury — intentional torts. An intentional tort occurs because of a deliberate action prohibiting safety by the employer.

“If one of your employees gets injured on the job because of an intentional tort, liability can fall on the employer. Maybe the boss was trying to play a practical joke on somebody but they ended up falling and breaking their leg — workers compensation wouldn’t cover that for an intentional tort, that liability would likely be on the company themselves,” Stacy Hartman said. “General liability insurance coverage is also important for customers that you may have at your facility. Workers Comp doesn’t cover customers — that is just for your employees. You need to make sure that you have that insurance policy in place. Make sure that it’s up to date, covering everything you have on site, all your facilities, and all the equipment that you have just to make sure nothing gets missed. Just make sure you are covered. If it’s just a couple dollars more to get that next level of coverage, do it.”

Though costly, investing in insurance policies and the costs associated with prioritizing safety are cheaper and more effective options than ongoing shortcomings in the eyes of the Occupational Safety and Health Administration (OSHA). The primary means of enforcement for OSHA is through workplace inspections, conducted without advance notice.

“OSHA is that word nobody wants to hear,” Stacy Hartman said. “It’s terrifying to think about, but if OSHA inspectors do come to your facility, they do an inspection, and, hypothetically, let’s say you do end up getting a citation from OSHA because something was wrong. Maybe you didn’t have the right fall protection in place. The citations come in different forms. They can be ‘Serious,’ ‘Other than Serious,’ ‘Willful,’ and ‘Repeat’ based on that violation. You don’t want to be a ‘Repeat Violator’ and you also don’t want to be a ‘Severe Violator’ of the OSHA standards, because the penalities can be very large.”

For those who do receive a citation, Stacy Hartman said the best way to move forward is not simply just paying the fine, but analyzing the cause of the error and making a continued effort to improve the operation’s safety.

“When those citations come, you have 15 days to request an informal conference with the OSHA area director to discuss those violations. So it’s possible to work with them to come up with a timeframe to get this issue fixed if you’re not able to fix it within a matter of minutes after you realize it’s a problem, and also to work with OSHA to try to take care of that citation,” Stacy Hartman said. “For example, if you were to receive a citation from OSHA for having a ‘Serious’ violation or even an ‘Other Than Serious’ violation, which is related to job safety and health, that citation would likely say that you are required to pay around $7,000. Some companies may say let’s just pay this and move on with our lives. I would suggest that you instead talk to an attorney or someone more familiar with these OSHA issues, and have the informal conference with OSHA. Maybe you end up still paying the fine, but negotiating so you aren’t listed as having this ‘Serious’ citation or ‘Other Than Serious’ citation on your record would be ideal. If OSHA does come back within five years to any of your facilities — not just the facility that received a citation — and they find another violation or they issue another citation that is similar to the one you already received, your fines go up significantly because that original citation was already on your record and then you would be a repeat offender. You could be looking at paying $70,000 to $80,000 dollars per citation when these issues come up again.”

A business does have the right to contest OSHA citations. It may be that the inspector incorrectly interpreted or applied an OSHA rule. Sometimes citations are withdrawn after an informal conference, while others may require more formal proceedings to resolve.

Some of the most common violations given by OSHA include those related to dust and fall protection.

“It’s easy to think, ‘Well let’s just climb up on this ladder and fix this one thing real quick,’ but you really need to have the harness in place to make sure you aren’t going to fall off the ladder,” Stacy Hartman said. “Growing up, we all probably climbed up and down ladders without a harness all the time, but in the workplace that’s not how we want to do things, and that is certainly not how OSHA wants things to get done.”

To be proactive about OSHA regulations, Hartman suggests considering an informal audit of facilities from an independent third party. Although OSHA may be willing to visit your facility, this could pose a risk of a return visit and potential citations, especially if numerous problems were exposed.

“There are individuals and companies available that can go out and do informal audits of facilities to make sure they are in compliance,” she said. “I would recommend those independent individuals and companies to come out and walk you through the audit. You can definitely learn a lot from them, I know I have learned a lot from them. They can help you along the way if you do have any questions as to what kind of safety precautions you need to have in place.”

And then, in the instance of an accident, especially when someone gets injured, the media is often onsite wanting information, and asking questions. It is important to have a strategy planned on how such situations will be handled.

“I would strongly recommend before any accidents like that happen, to have a game plan in place,” she said. “We’ve seen in the past when these accidents happen the media comes in and they want stories, they want to ask questions, they want to know what’s going on to fill everybody else in. Who is going to be talking to the media when they ask questions? Who is going to be getting all your other employees together to make sure they aren’t panicking? How will you control the situation? How will you keep everybody together and make sure everybody is up to speed on all the information? How will you relay that information to your employees, or to the media, the fire department, whoever may be there? You obviously want to be truthful and tell them what you know. Don’t be that guy that just says ‘no comment’ and walks away. You’ve got to keep people informed as to what is going on or there is going to be more panic or more speculation that people are coming up with as to what is actually going on at your facility.”

Stacy Hartman suggests when communicating with media to work with a lawyer in preparing statements and preparing for interviews. In addition, anticipate questions and your response, particularly with difficult questions. Identify three to five key messages to deliver that can be stated in 20 seconds or less. Then be prepared to talk clearly and concisely. Expressing empathy, while not admitting liability, are important tools when talking with the media, Stacy Hartman said.

A proactive approach to potential legal issues associated with safety can have tremendous long-term benefits for farms and Ohio’s agribusinesses alike.

This is the second story in a series of safety related articles in cooperation with the Ohio AgriBusiness Association and its members.