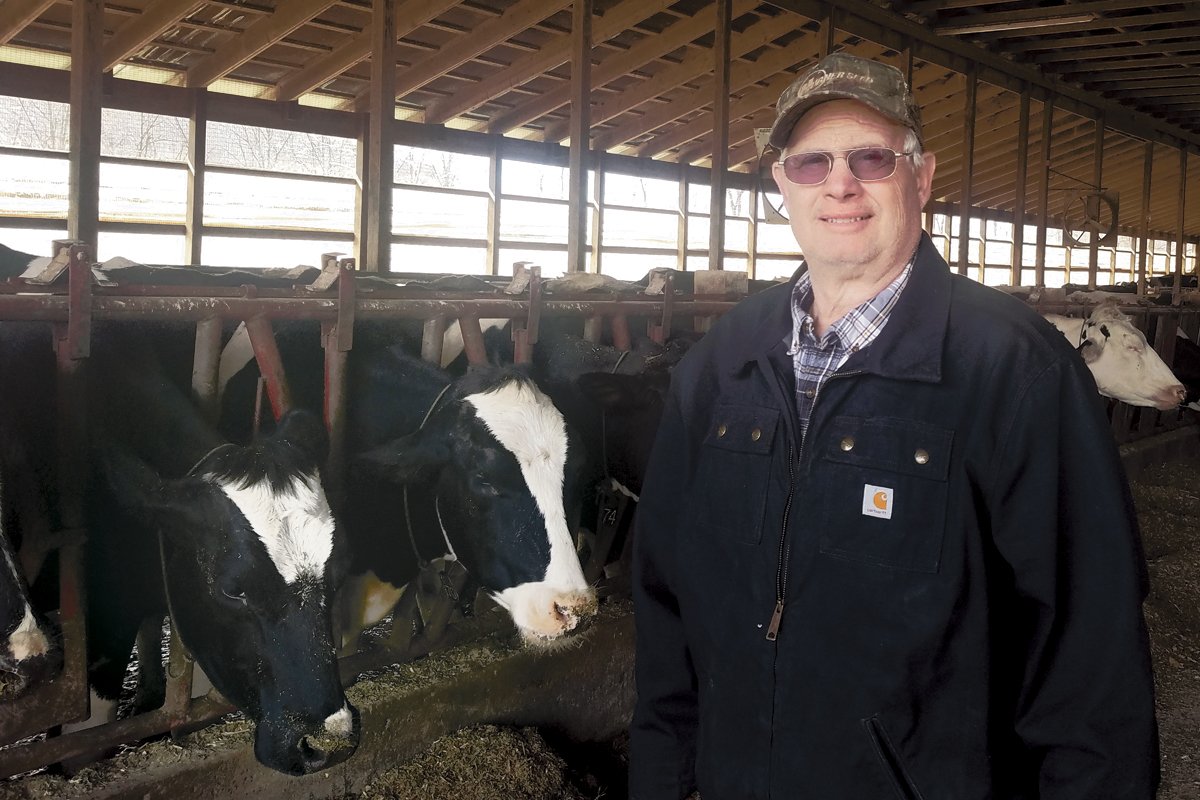 Jim Rowe, owner of Jimita Holsteins in Tuscarawas County has milked cows for more than 40 years and is not sure yet what the solution for the future will be. Photo provided by the Rowe family.

The world is awash in milk, it seems. Production is up, consumption is down and grim economic reality is settling in for many dairy farms.

Ohio State University Extension field specialist for dairy production economics Dianne Shoemaker does not see much light at the end of the tunnel for dairy prices.

“Sadly, I am not hearing a lot that is hopeful — too many cows, lots of heifers coming up behind them, too much milk. It sounds like New Zealand is having some weather issues, so if that results in lower than expected milk production, that means less milk for export to the international market,” Shoemaker said. ‘It is a bleak picture of the next 12 months. Top this off with uncertainty about NAFTA and proposed tariffs, and it is hard to be terribly optimistic. In spite of the oversupply of milk, farmers have to manage their businesses on an individual basis, which means they are likely to produce more milk and focus on components.”

The U.S. Department of Agriculture’s most recent numbers reflect the lack of optimism for dairy prices.

“In the dairy outlook, they are still projecting an all-milk price between $15.75 and $16.35 per hundredweight (cwt) for 2018 (average),” Shoemaker said. “To put that in perspective, the all milk price would be the Class III price, plus the Producer Price Differential, plus or minus and quality and/or quantity bonuses, and before any deductions are taken for hauling, marketing, promotion, etc. We would like to see the Class III price above that level with the other items adding to that price.”

Making matters even worse, Dean Foods recently announced the decision to end milk procurement contracts with more than 100 farmers at the end of May in Indiana, Kentucky, Pennsylvania, Ohio, New York, Tennessee, North Carolina and South Carolina. Dean Foods pointed out that this is due to the fact that Americans drink about 3 gallons less milk per person per year just since 2010 and that per capita consumption is down about 11 gallons since 1975. At the same time, the U.S. dairy industry is currently producing about 350 million more gallons of milk each year than the year before. With the abundant milk supply, there are many questions remaining about where the milk will go from the former Dean Foods suppliers. In addition, industry-wide changes for efficiency favor larger farms that mean fewer stops to haul milk, improved logistics and lower costs.

Jim Rowe, owner of Jimita Holsteins in Tuscarawas County has milked for more than 40 years and is not sure yet what the solution for the future will be.

“We’ve had low milk prices before and years we have struggled, the problem now is the length of the downturn. Everyone’s cash flow is drained to the bone and a lot of people are struggling to figure out how to pay last year’s inputs instead of this year. Somehow, some way we have to get this turned around and that’s what we are trying to do,” Rowe said. “Our technology is so great now but it has led us to where we are at. You can expand your operation 20% to 30% pretty quickly using sexed semen. It is a great technology but maybe it is a little bit too great. We are facing a lot of young heifers that will come onto the market. We’ve had this downturn for over two years and there is still this massive number of young heifers that we still have to work through. This issue is not going to go away.”

Rowe was recently in Washington, D.C. with the Ohio Farm Bureau and dairy policy was certainly a topic on his mind.

“The new program American Farm Bureau is coming out with is a milk revenue program. I don’t have details but it is something to stay tuned on and it might really work for us,” Rowe said. “The last Margin Protection Program (MPP) was a disaster. If you went in at the full $8 rate it cost you somewhere between $35,000 and $40,000 to buy that coverage. To just break even on the program you’d have to get that back on this insurance program and that never happened. The MPP for the dairy industry turned out to be revenue positive for the federal government. They actually made money on it because of the way it was structured. It wasn’t what it was intended to be, and that was to help dairy farmers in tough times.

“The new MPP program looks like it makes sense for dairy farmers. The problem is that it has the same name and the other one was such a disaster. I hope people realize the new numbers are completely different. As an example, if you go in for the high coverage in the new MPP at the $8 rate, it will only cost around $6,500 and that is a lot better than the $35,000 or $40,000 we had the last time. The problem is that we have a Congress that is worried about trying to make a program work for dairy farmers that doesn’t cost the federal government too much money. It is a razor’s edge they are working on.”

With all of the challenges, some dairy farmers have had enough.

“I like milking cows. I have done it my whole life. It has always been a big part of who I am and I like to say I’m a dairy farmer,” said Mark Thomas who has a grain, hay and 400-cow dairy operation in Stark County. “Last summer we totally redid our milking parlor. We have a double-12 parlor and we put high cathedral ceilings in with bright white aluminum, new LED lights, a new furnace and two big exit fans — I haven’t even wired them up yet. We added all new black rubber for the cows and us to walk on. It is beautiful. The money we received in December, which was November’s milk, was $18 something and I felt pretty good about it. The industry had said that by the end of 2017 we’d start to see a little daylight. But then we got December’s milk check in January and it was $16.20 or $16.30. I know it costs me $18 to make 100 pounds of milk. I multiplied that out by 9 million pounds a year and losing $2 means I’ll lose $180,000 in a year. I went to my wife and said, ‘I’m selling the cows.’ A few years ago I promised her that I would never borrow money to stay in the dairy business and I’m a man of my word.”

The decision was not an easy one, but it was a decision.

“My mom was over today and she had tears in her eyes when she said ‘I can’t believe there will come a time in the near future when there will not be cows milked on this farm.’ We shed a lot of tears over our life changes and employees with this decision, but we are not being forced into this. I would rather make room for people who have to do this because they don’t know what else they would do,” Thomas said. “I just decided I’ve had enough. It is tough to work long hours seven days a week and not even break even for it. I have other things I want to do and I’m voluntarily getting out to make way for other people who voluntarily want to get in.”

Thomas is selling his herd and his feed to a dairy farmer relocating to Ohio from Kansas who is even hiring Thomas’ staff. Thomas plans to keep raising heifers, growing row crops and baling hay with the help of his daughter on the farm. He plans on starting a shop to refurbish equipment too, and he is keeping his dairy facility, for now, just in case.

“I feel terrible for the people that this is the only thing they have ever known or wanted to do with their lives,” Thomas said. “We all get these suicide prevention hotline numbers with our milk checks now. You need to know this is out of your control. The industry has done this by getting bigger and this is out of the control of the hands of the farmer who wants to stay in this. I don’t want anyone to hurt themselves over this. That scares me to no end.”

Thomas pointed to many factors that have contributed to low prices and his decision to sell the cows.

“When a truck gets milk from seven or eight farms, they have to do seven or eight tests on that load of milk that each cost $5 or $6. If one truckload comes from one farm, you only have to do one test and that saves quite a bit of money right there. You can see in the business model why it works so well. I understand it, but in the end there is just too much milk in the world. I don’t know what the answer will be,” he said. “We all used to rely on those bonuses we’d get — that used to be $3 for us. Now that bonus is 38 cents. Our last base price was $13.13. The bonuses are getting less every month and none of it is going to be above breakeven this year. I always joke that one day I think just one guy is going to milk all the cows in the world, and his wife will still need a job in town.” 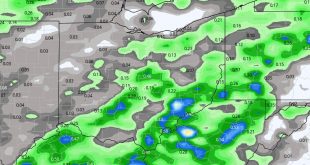 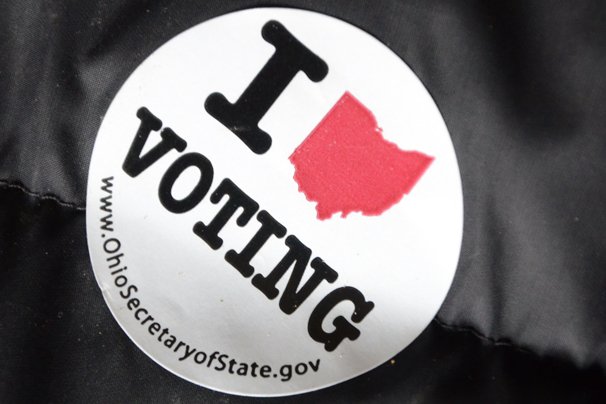