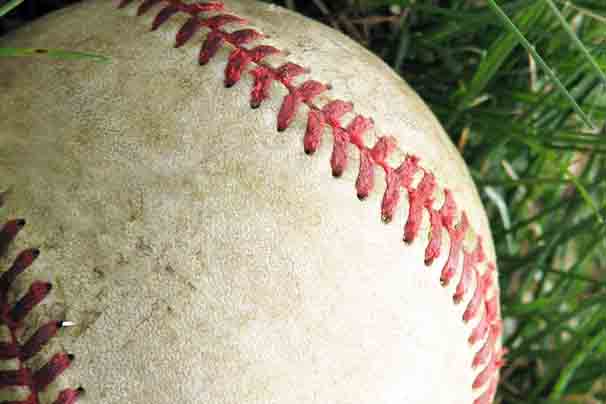 The market focused on Argentina’s extremely dry conditions during the week, which if it continues, could be the driest summer in the last 40 years. Consequently, the bean market saw a nice rally.

Wheat conditions are also dry in the southern plains, which is pushing prices up. However, many say wheat has “nine lives” or that “wheat is a weed” meaning that it is hard to kill. Still, there is going to be some damage, but the extent is unknown. Even so, there is significant supply in storage, so there is still some uncertainty on the wheat market direction.

The increases in both beans and wheat pulled up corn prices to levels unseen since last summer. Summer weather uncertainty is also contributing to the rally as speculators bet on potential weather problems.

The last few weeks feel like grains have turned a corner and will continue a trend higher. However, it’s important to be cautious for several reasons. One, it’s important to not forget the heavy supply still in storage. This could be somewhat offset if exports are able to increase, considering U.S. corn is the lowest price globally there is good reason to think this is possible. Two, U.S. trade policy and potential change to the RFS (renewable fuel standard) are topics of discussion in Washington right now, and the only thing harder than weather to predict is the government.

In late January and early February I sold all of my anticipated 2018 bean crop against August futures. I selected Aug instead of Nov because it was 5 cents higher. At the time, the U.S. bean supply was at a 10-year carryout high and Brazil’s harvest was expected to be very large, maybe even a record. As long as Argentina’s harvest was even slightly below average or better, the market would likely go lower. This would have likely forced the spread between Aug futures and Nov futures to revert from an inverse to a carry.

Unfortunately, three weeks later the market dynamics have changed. Every potential weather system that moved through Argentina failed to produce any significant rainfall. This has threatened their bean crop and will likely reduce their overall production significantly. While Brazil’s large crop will cover some of Argentina’s deficiency, it probably won’t replace all of it. This means the world may have to come back to the U.S. for beans and the US carryout could see a large reduction which would drive up the price for old crop beans. There is a chance that U.S. farmers will plant more beans next year, which could put downward pressure on new crop beans, but that is far from certain today.

Regardless, knowing what I know now, there is a high probability that Aug futures will be higher than Nov at the end of summer. In the past when Argentina has faced similar severe drought conditions, prices have inverted to as much as $1 per bushel or even a $1.75 per bushel inverse. In an inverse market I have to take the spread loss against the price I have previous sold. I’m not willing to accept that much potential loss on my beans sales. Therefore, on 3/1/18 I bought back my Aug futures and sold Nov futures for a 33-cent loss off my original average sale price of $10.10. This doesn’t change the fact that I’ve sold my beans, it just means my new average bean prices is $9.77 against Nov futures instead of $10.10 against the Aug futures.

Did you not anticipate that this could happen?

I did. When I placed this trade I knew the possible risks and was willing to accept about a 40 cent loss if the unlikely event of a severe drought in Argentina occurred. All it would have taken was one major rain storm in Argentina during the previous three week period for this trade to likely have worked as originally anticipated. While I try to align my marketing strategy to be the most profitable when the most likely scenario will occur (i.e. average weather and trend line yields), outlier events like this sometimes happens. When they do, it’s important to stay flexible and react quickly to minimize negative outcomes, which I think I did.

Why not just buy the Aug futures back and wait to sell the Nov futures at potentially higher prices?

If I did that, it would open up my downside risk to unlimited levels. Essentially I would have to take the loss AND have zero downside protection. One of the cornerstones of my marketing strategy is to minimize risk to my farm operation, so this wasn’t a good option for me. I had placed a limit on the risk I would tolerate with this spread trade and I must recognize that the market is in a much different place that it was just three weeks ago.

Why not wait a little longer and hope the spread narrows?

While I’m extremely disappointed the spread moved against me on this trade, stubbornly sticking with a trade without considering market risk adjustments is a good way to lose even more money. When market dynamics change, the prudent thing to do is accept the early loss, reduce one’s risk, and look for new opportunities.

So, what is the bean spread market landscape now?

Historically, when Argentina has major drought the old crop/new crop bean spread in March continues to worsen/invert until the U.S. harvest. Therefore, I’d rather take my loss now and stay profitable on beans than worry and hope the market spread would turn around down the road.

Do you regret the trade?

Hindsight is always 20/20. Like all farmers when a trade doesn’t work out it’s common to have feelings of regret and frustration. But, this is going to happen from time to time, so it’s best to learn from it and move forward.

In reviewing the trade again, my rationale for the trade at the time was reasonable. It was most profitable if average weather and trend line yields happened. A severe drought seemed unlikely at the time. Even now, new crop beans are only 30 cents higher than where I originally made my sales.

Would this trade be considered speculating?

While I generally try to minimize speculating in my grain marketing strategy, trying to capitalize on the spread to add additional profits to my original sale would be considered speculating. Still I knew the risks when I placed the trade and I didn’t leave the final outcome open-ended. Instead I allowed myself around a 40-cent loss on the trade, before getting out. I ended up with only a 28-cent net loss. The reason its only 28 cents is because I originally sold Aug bean futures (an old crop contract) for a 5-cent premium to the Nov futures before the 33-cent spread loss to roll the position forward to the Nov futures (a new crop contract).

In baseball terms, I would say the trade was a single, with an attempt to steal second base. Unfortunately, I got picked off stealing. While disappointing, there is a lot of game left to play. In grain marketing it isn’t realistic to win on every trade. That’s why I try to be transparent with my marketing strategies. It would be easier to only detail out the times the trades went as expected or were profitable. I believe there can be a lot to be learned on the unsuccessful trades too. In this example, laying out the maximum loss I was willing to accept, staying flexible, and getting out when it’s clear the trade isn’t working was the best way to handle the unfortunate situation. And now moving forward, it’s important to not let the disappointment from this trade keep me fearful of considering new trades that might have a lot of potential. When a farmer is so scared they will make a mistake that they do nothing, it can be just as damaging to a market strategy as a farmer who takes on too much risk.

By James Hoorman, Hoorman Soil Health Services Farmers are re-evaluating their fertilizer application due to …