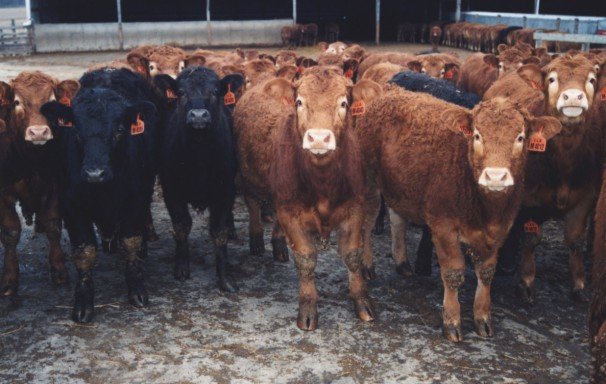 Agriculture in general is highly variable due to the fact that living plants and animals are a part of production systems. As such, all parts of the production chain must adjust to the variability accordingly.

With reports of potentially wider than normal variations in corn protein levels in recent years, adjustments may need to be made to livestock feed.

“You’re always going to have variability in ingredients. Every year is different,” said Paul Kalmbach, Jr. with Kalmbach Feeds, Inc. “We deal with it first by performing extensive testing of our ingredients, especially around harvest, and also by formulating diets based on the results. We test many ingredients before we allow them into the plant. The protein testing is done onsite with a Near Infrared Reflectance spectroscopy (NIR) machine and we get results back in less than 10 minutes which allows us to adapt quickly to changes and saves significant cost. We also confirm our results with third party labs which costs more and takes longer. The protein level in the corn can vary a lot from year to year. There is natural variability in everything that grows.”

The natural variability of the various feed ingredients influences the feed formulation.

“Every year we must determine the protein level of the crop we are purchasing and update our formulations to insure that the final specifications of each diet match our customer’s requirements. It is all part of this business,” Kalmbach said. “Sometimes feed is going to be more expensive based on the type of crop for the year. Higher or lower protein levels in the corn can affect feed costs, but usually only by a few dollars per ton. There are many factors that affect the cost, so corn protein level can have an impact but it is one of many variables that we deal with on a weekly and yearly basis.”

A bigger impact, though, may be felt at the farm level with regard to rations.

“Protein levels of corn have more impact on our dairy and beef customers because they have to adjust their rations and that can get expensive, especially in a tough dairy market right now. If protein in forages or on-farm corn is lower, the farmers need to increase the protein in their feed rations, which increases their total costs,” Kalmbach said.

The issue prompted Jeff Fisher, an Ohio State University Extension educator in Pike County to dig a little deeper into the situation, resulting in an article in the Ohio Beef Cattle Letter written with Stan Smith, OSU Extension in Fairfield County.

“Since the completion of fall harvest it seems concerns and questions have been circulating throughout Ohio regarding varying levels of protein content in corn. In fact, corn quality — particularly protein content — has been the topic of conversation in some parts of the state off and on for some years,” Fisher and Smith wrote. “As we’ve visited with feed mill operators, representatives from feed manufacturers, livestock dietitians and others who have had reason to test the nutrient levels of corn, hearing protein levels varying anywhere from nearly 9% down to slightly below 7% has been common. A representative from one large feed mill operation near central Ohio said they are using 7% as the default for balancing beef cattle rations this year, and used something slightly less than that last year.”

Variable (and unknown) corn protein levels can make a significant difference in the development of beef rations.

“A review of the daily nutrient requirements for an 1,120-pound yearling beef animal that would be expected to finish at 1,400 pounds shows the need for 2.6 pounds (lbs.) of crude protein (CP) to attain an average daily gain (ADG) of 3.4 pounds, and 2.8 lbs. CP for 4.2 lbs ADG. This suggests a reduction in daily CP intake of as little 0.2 lbs. would be expected to reduce ADG by as much as 0.8 lbs.,” Fisher and Smith wrote. “If the 1,120-lb. yearling beef animal referenced above is on a high energy corn-based ration it could easily be expected to consume 20+/- pounds of corn daily. A variation of only 1% in CP in that corn will change the total amount of CP consumed by that animal by 0.2 lbs. per day…enough to change the ADG of the animal by as much as 0.8 of a pound per day. At the same time, feed efficiency will suffer.”

Protein is a critical, and costly, component of cattle rations and needs to be carefully considered and quantified.

“Protein supplementation is the most expensive nutrient addition to the diet on a per pound basis. Depending on the source, it may cost an additional 14 to 20 cents a day to balance this steer’s ration for protein,” Fisher and Smith wrote. “Performance drives profit and adequate protein is necessary not only in the finishing phase, but also in receiving diets where daily protein intake is critical to getting calves started on feed and calf health.”

The impact of protein variability in corn grain and corn silage on dairy cattle can also be a challenge, but generally less than for finishing beef cattle because corn grain makes up less of the diet for dairy cattle.

“In review of data available from Dairy One laboratory Ithaca, NY with 17 years of data, the average protein concentration for shelled corn was 9% on a dry matter basis and for corn silage protein concentration averaged 8.3%. Forages — especially legumes and grasses — provide a lot of protein in the diets for dairy cattle, thus forage quality is very important. Yet, unaccounted for variations in protein for corn grain and silage can reduce ADG of dairy replacement animals and milk yield of dairy cows,” said Maurice Eastridge, Ohio State University Extension dairy specialist. “To illustrate, if corn grain made up a third of the diet for lactating cows and the protein concentration dropped from 9.0 to 7.5%, then milk yield could drop by 2.5 pounds per day. If corn silage made up 48% of the diet and it dropped one from 8.3 to 7.2%, then milk yield might drop by 3 pounds per day. If both the corn grain and silage dropped in CP from what was used to previously formulate the diets, then there could be the added drop in milk yield. We routinely analyze corn silage for nutrient composition on dairy farms to make these adjustments, but corn grain is seldom analyzed. Thus, being aware of the potential changes in nutrient composition can result in decisions for additional laboratory analyses and modification of diets to supplement protein from other sources as needed.”

But beyond that, there is a wide array of factors potentially affecting corn protein levels, including available nitrogen.

“Environmental conditions (especially those affecting soil moisture), cultural practices (nitrogen fertilization, plant population, drainage) and hybrid genetics all influence grain protein. Production factors and favorable growing conditions that increase grain yield usually increase the starch concentration of grain while reducing the grain protein concentration, except when yield increases as a result of nitrogen fertilizer application,” Lindsey, Smith and Thomison wrote. “Soil moisture is a major factor influencing grain protein concentration. Generally, grain protein concentrations are highest in dry years and lowest in years with excess soil moisture. Data from past Ohio Corn Performance Tests indicate that percent grain protein (reported as % dry matter or DM, equivalent to 0% grain moisture) may vary by as much as 2 to 3 percentage points in the same hybrid depending on the growing season (with drought 10% to 11% DM, with good rainfall 8% to 9% DM). Excessive soil moisture (like that associated with many fields in 2017) can result in loss of soil N through either leaching or denitrification and result in N deficiency — leading to lower grain protein. Moisture stress (drought) can limit a corn plant’s ability to produce dry matter (including starch) and ‘dilute’ the N or protein in the grain tissue. As a result, grain protein concentration in drought stressed corn can often be higher than normal.”

In addition, more corn hybrids are being selected for higher yields, traits for ethanol production, and earlier maturities to minimize drying costs, which result in more starch and less protein. Higher plant populations can also lead to reduced corn protein levels. Another factor to consider is that corn moisture levels affect protein test results and can indicate variation in protein levels when they are really the same.

Lindsey, Smith and Thomison use this example:

If the grain protein levels of the two lots are converted to 0% grain moisture or on a dry matter basis (DM) they can be more accurately compared.

“Converting these two lots to DM basis shows they have the same level of protein, even though their raw values are almost 1% different,” they wrote.

As the 2018 planting season draws near, beef and dairy producers who grow their own feed may want to consider production practices that favor protein and add value to the crop produced.

“If you raise your own corn for feed, a discussion with your seed dealer may be necessary to identify those varieties that have higher crude protein levels,” Fisher and Smith wrote. “If we’re feeding beef animals in a situation where optimum performance and efficiency is desired, perhaps the time has come that we need to be doing a nutrient analysis on our corn and other high energy feeds with the same frequency that we test forages!”