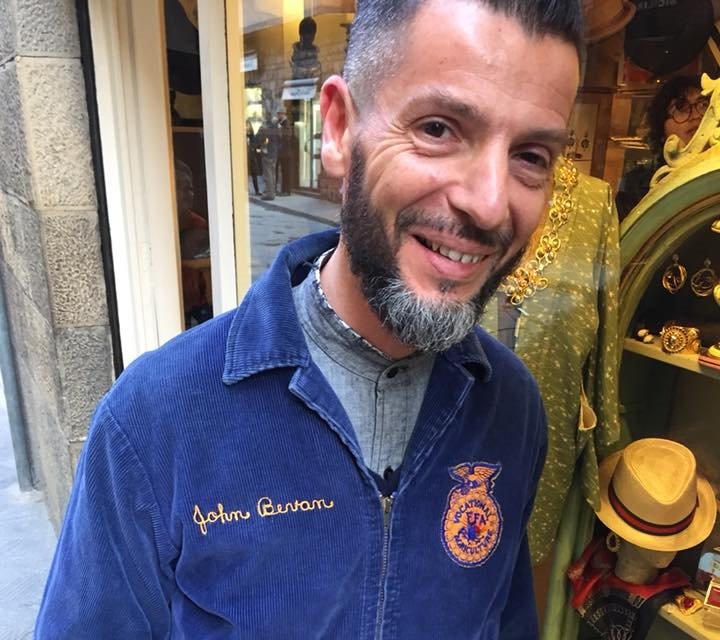 The mystery of the Ohio FFA jacket in Italy

There are many diverse paths that lead Ohio FFA members to the organization and even more paths that will take them far beyond their FFA years. The one thing they will all have in common, forever, is the pride of donning that signature blue corduroy jacket.

As we get ready to highlight thousands of these young people next month at the Ohio FFA Convention, I found out about one of those legendary jackets that may have chosen a path all its own.

One of my friends on Facebook posted about her brother-in-law taking a trip to Florence, Italy, and noticing a fellow walking the streets in what wouldn’t be an unusual sight here in the U.S. — an FFA jacket. What made this jacket even more fascinating was where it was from. The back of the jacket had the great state of Ohio embroidered on it and below the FFA logo was the same exact school where my Facebook friend had graduated, as well as my Mom and Dad — Northridge High School in Licking County. 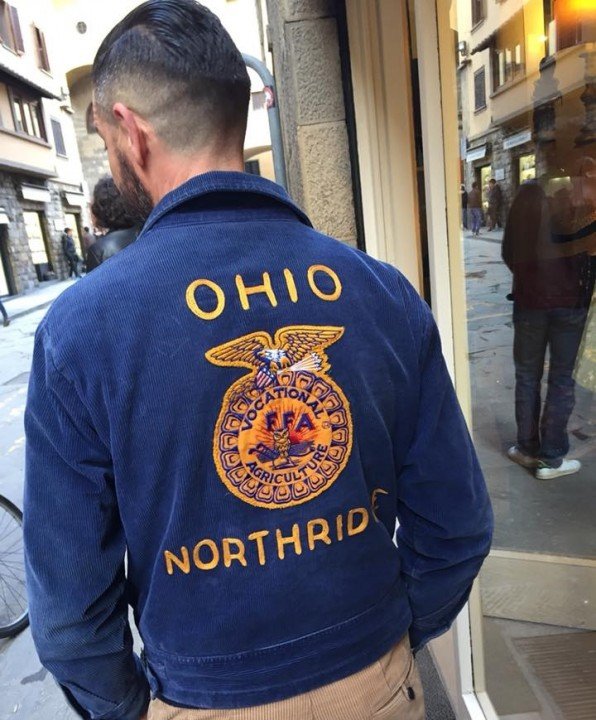 Once this discovery was made, the gentleman was asked to stop and take a picture or two. Then, what everybody wanted to know was whose name was embroidered on the front of the jacket: John Bevan

Turns out Mr. Bevan graduated in 1977 (one year after my Dad and one year before my Mom) from Northridge High School. The guy in the picture, according to classmates on Facebook, was certainly not him. So, how in the world did his FFA jacket get halfway around the globe?

“I held onto that jacket for almost 40 years and just last year I was in the process of moving,” Bevan said. “It wouldn’t fit me anymore so I asked my kids if they would like it and they said no, so it got packed up.”

Eventually the bag that the jacket was stored in made its way to a Goodwill store in Texas, where Bevan now resides.

“When I first saw it on Facebook with a guy in Italy wearing it I thought ‘Wow! How did it get there?’” Bevan said. “It was amazing.”

Bevan grew up on a small farm in Croton, Ohio and worked for several area farmers throughout his youth.

“Having that jacket and being in the FFA meant a lot to me,” Bevan said. “Being around the farm and being a part of the FFA gave me so many experiences that most people will never get and that I will never forget.”

Bevan said even though it has only been a little over a year since he let his FFA jacket go, he wishes after seeing it on a stranger a half a world away that he could have it back.

“There is no doubt that guy in Florence, Italy is looking better in that jacket than I would,” Bevan said. “When I could fit in that jacket, I had a beard very similar to that one and when I saw the pictures for the first time I thought it could be a younger version of me. It was very surreal. I wish I hadn’t let it go.” 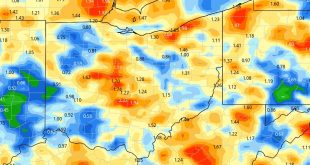 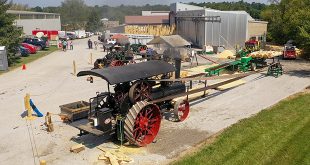