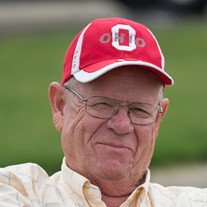 Gerald “Jerry” Koverman, 77, of Ansonia, passed away peacefully on June 23, 2018 at State of the Heart Care Center in Greenville.

He was born on October 20, 1940 in Dayton, Ohio to the late Cletus and Angeline (Weis) Koverman. In addition to his parents, Jerry was preceded in death by his sister, Marjorie Monnin; and his nephew, Dwight Wenning; in-laws, Victor Hoelscher and Deb Koverman.

Jerry was a 1958 graduate of Minster High School. He was a 1962 graduate of The Ohio State University with a Bachelor of Science in Agriculture, and was a member of the Darke County Ohio State Alumni. He taught Vocational Agriculture at Ansonia High School for 34 years, and was the voice of the Tigers for over 50 years. Jerry was a member of the Ansonia Village Council for 10 years and mayor of Ansonia for 17 years. In 1985, Jerry was honored as Outstanding Agriculture Teacher in the State of Ohio. He served as treasurer of the Ohio Vo-Ag Teachers Association. Jerry was a member of St. Mary’s Catholic Church, Knights Of Columbus #1796 in Greenville, Ansonia Parks Committee, Ansonia FFA Alumni, Ohio and Darke County Mayor’s Association, and Darke County Community Improvement Corporation. He was the clerk for the Ansonia Area Joint Ambulance District and was a courier for Greenville National Bank. Jerry enjoyed The Darke County Fair where he was actively involved.

Jerry loved fishing, golfing, playing softball, bowling, playing cards, and most of all spending time with his family. He was an avid Ohio State Buckeyes and Cleveland Browns fan.

Family and friends may visit from 3 – 8 PM on Thursday, June 28, 2018 at Tribute Funeral Homes at the Greenville campus, and from 9 – 10 AM on Friday also at the funeral home.

Memorial contributions may be given to State of the Heart, 1350 North Broadway, Greenville, Ohio 45331 or to The Jerry Koverman Memorial Scholarship Fund with donations being accepted at the funeral home. 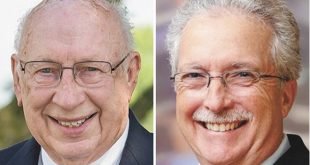