There was another round of water drama ’18 today when, at their scheduled meeting, the Ohio Soil and Water Conservation Commission had their first official look at the watersheds that were to be considered “Watersheds in Distress” through an executive order signed by Gov. John Kasich last week.

The executive order targets eight watersheds in the western basin of Lake Erie to be considered for designation under state law as “Watersheds in Distress,” based on their high nutrient levels, especially phosphorous. These include:

In today’s meeting, the Ohio Soil and Water Conservation Commission decided to refer the Distressed Watershed Designation decision to a subcommittee for further study.

“We are going to move it to a subcommittee and we are expecting a great deal of stakeholder influence, which we have not had as much as we could have, then move forward with it. The heavy lifting will start now,” said Tom Price, the chair of the governor-appointed Ohio Soil and Water Conservation Commission. “There will be different interests in that subcommittee. There will be those who want this done tomorrow and there will be those who want some more research done.”

The Commission heard from a number of farmers and farm organizations about the potential perils of a hasty decision on this potentially costly and cumbersome “Watersheds in Distress” designation for roughly 7,000 farmers and 2 million acres in northwest Ohio. The Commission also heard from many proponents of the measures in the executive order.

In the end, agricultural interests were pleased with the decision of the Commission to take another, more in depth, look into the complexities of the issue.

If designated Watersheds in Distress, farmers within them are required to develop and implement nutrient management plans. These plans include rules for the use, storage, handling and control of nutrients and the development of management plans for all agricultural land and operations within each designated watershed.  If implemented, a “Watershed in Distress” designation can only be removed after the director of the Ohio Department of Agriculture has confirmed the sustained recovery, restoration and mitigation of factors leading to the original designation. 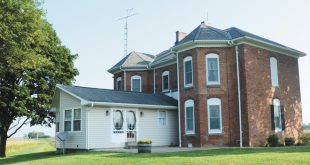