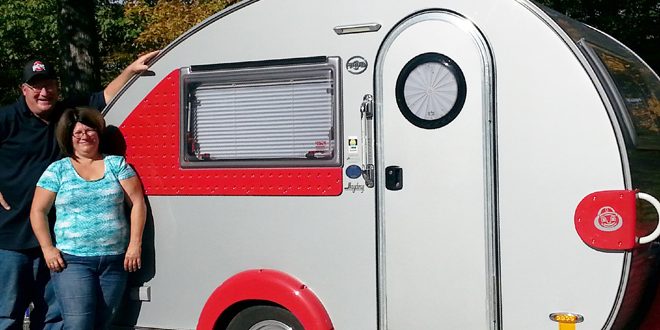 Paul and Shelly Detwiler have grown to enjoy camping.

Camping is hot! Trendy I mean, the thing to do. Camping is one of the top 5 outside activities Americans like to do. Last year, 60% of midwesterners camped at least once during the year. That’s a bunch of campers! In 2015 Americans spent an estimated on $5.8 billion at camping and RV parks. That’s not even including dollars spent on camping equipment and shelter. Paul and I rejoined this camping craze by buying a travel trailer in 2016. It’s a great way to relax, unwind and, most of the time, unconnect with the outside world. It’s amazing we even wanted to camp again after our most memorable camping trip with the boys (2 and 5 at the time) in the summer of 1997.

We were super excited to try out a new 5-man tent, a recent Christmas gift, and headed off for a weekend of camping at Warren Dunes. About 15 minutes from the campground we realized we had forgotten our tent! Our boys were small, so we thought we could squeeze in a cheap 3-man tent. After a quick stop at Walmart for the tent (and some Twizzlers Paul had snuck in the cart) and we headed back to campground. We jumped out of the car and were greeted with 95-degree temps, 95% humidity and a giant mob of mosquitos. It was time to suit and repellant up from head to toe to keep the ‘skitos at bay. They were so thick, though, our efforts did not do much to thwart the problematic bugs. I have a photo of 32 bites on Luke’s face alone!

We enjoyed a campfire, smores and of course the Twizzlers. It was time to head to our tent and conquer the sleeping logistics. Later that night we awoke to projectile vomiting of Twizzlers! I’m not sure how we survived the night, but we did. The next morning, we enjoyed breakfast and decided to head to the beach. Upon arrival at the beach we witnessed multiple John Deere Loaders scooping up loads of dead fish washing up on the shore. Supposedly it was an unusual phenomenon to have such huge amounts of dead fish washing up. We don’t know or care, we never went back.

The food, beside Twizzlers, is one of my favorite things about camping. The second reason we bought Betty (that’s our camper) is so we could cook outside. (The first being we were too old to sleep on the ground and needed a bed). That’s right, there is a mini kitchen in the back of the Betty! We wanted to still feel like we were camping and connecting in the great outdoors! Betty’s mini-kitchen consists of a small sink, two gas burners and a mini fridge. I’ve scanned Pinterest and the library shelves for ideas for camp cooking. I’ve decided I can’t live without my Dutch oven and bagged salads. I can prep things on the campfire or Betty’s burners and then let the Dutch oven do it’s magic while I take a hike, play a game, chat, or even a nap! It is the most versatile piece of equipment you need. I’ve made soups, stews, casseroles, roasts, cobblers, breakfast and even pizza in the Dutch oven! Add the bagged salad and voila! One of the most important things to know in Dutch oven cooking is your charcoal ratio. I printed off this handy dandy chart and keep it in the camper, so I can refer to it all times. https://www.campingforfoodies.com/Dutch-oven-temperature-chart/

These two empty nesters have really embraced the great outdoors and the adventures we take. We love to take pictures of Betty with all the roadside attractions she encounters! https://www.roadsideamerica.com/ Enjoy these recipes on your next off the grid quest! It’s sure to be an awesome culinary experience!

I can’t wait to make this my next trip off the grid! I would probably have to put some hamburger in it for my meat-loving hubby!

I have made this, and it is yummy but very easy to burn. Set your phone or watch and make sure you use the charcoal guideline above.

Using temperature chart for a 400° oven for a 12 inch Dutch oven; light 25 coals . While coals are heating up; spray w cooking spray or rub oil on the bottom and sides of the Dutch oven. Roll out the pizza crust, spread the crust to almost the edge. Sprinkle with parmesan cheese, half of shredded cheese. Top with pepperoni and red pepper slices. Cover toppings with remaining cheese and sprinkle with oregano. Lay Dutch oven on top of 8 coals spread out. Top Dutch oven lid with 17 coals. Bake for about 10 minutes. Check bottom. Enjoy with a bagged salad.

This sounds like a must on a spring camping trip with fresh asparagus!

Preheat a grill to medium-high heat (about 400 – 425 degrees). Cut 4 sheets of 14 by 12-inch heavy duty aluminum foil then lay each piece separately on countertop.

Divide shrimp among packets near center then place asparagus to one side of the shrimp (going the long direction of the foil). Pour 1/2 Tbsp white wine over each. Sprinkle over garlic (1 tsp per packet) and lemon zest then season with salt and pepper. Divide butter pieces evenly among packets layering them over the shrimp and asparagus. Wrap packets in and crimp edges together then wrap ends up (don’t wrap too tight – keep a little extra space inside for heat to circulate).

Grill, sealed side upward, until shrimp has cooked through, about 9 – 10 minutes. Carefully unwrap then drizzle with lemon juice (or just serve with lemon wedges for spritzing) and sprinkle with parsley.

Combine the berries and the sugar in a bowl and let sit until the juices start to release, 10-15 minutes.

Place a grate over hot coals (or you can use a grill). Add the butter to a 12” cast iron skillet and allow to melt. Cut the pound cake into 1” cubes. Add to the hot skillet and cook, turning often, until all sides are toasted. Remove the skillet from the heat. 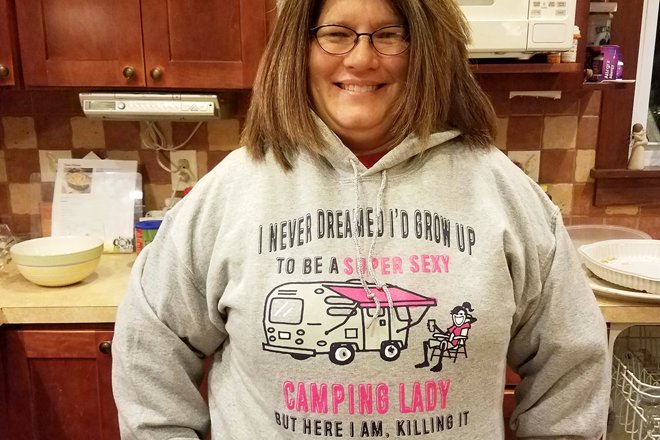 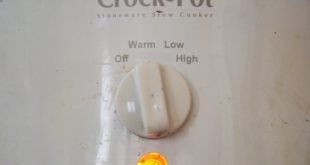 There is something to be said for cooking low and slow 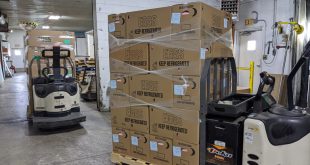 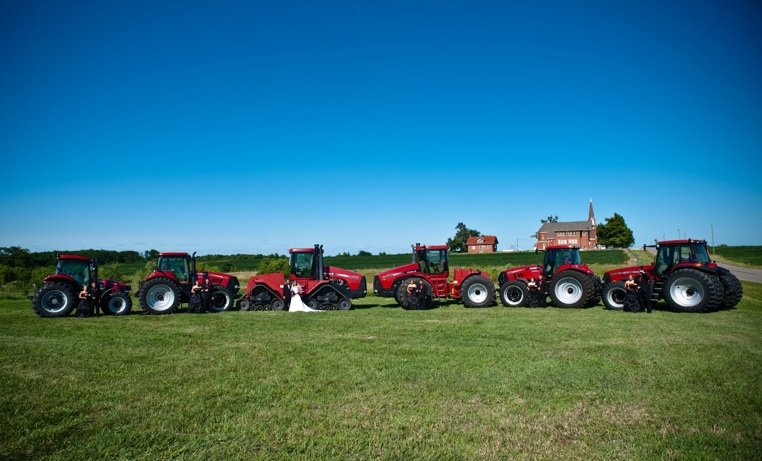 Planning weddings, showers and events in 2020