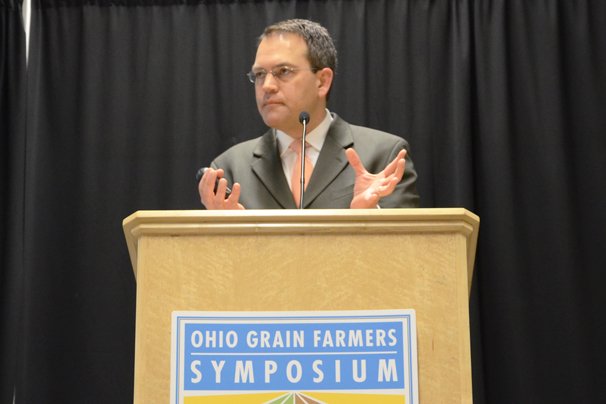 There is not much that politicians on opposing sides of the aisle agree upon these days, but improving the nation’s transportation infrastructure could be one of them.

“If there was a to-do list for the American people, I would say political acrimony and obstruction are not on it, but infrastructure is. It is encouraging to see both Republicans and Democrats have both come to the conclusion that they need to justify they deserve to be there. One of the most effective ways to do that is to actually get something done and I think infrastructure is the best opportunity to do that in a bipartisan manner,” said Mike Steenhoek, executive director of the Soy Transportation Coalition. “But you’re not just making an allocation of funding for a short period of time. It is something you invest in your long-term competitiveness. For agriculture, we really need that right now. As the federal government looks at what tools it has in its toolbox to help farmers, the message we are conveying is that infrastructure investment is one of those tools.”

In the extensive series of roads, rails and rivers throughout the country connecting farms to the rest of the world, there are plenty of areas in need of improvements.

“We need to make sure we are focused on the inefficiencies and challenges of moving agricultural freight. That includes rural roads and bridges, inland waterways, and our ports. They all have to work in concert with one another,” he said. “One mode hands off to another mode. It doesn’t do a lot of good if one link in your chain is in exquisite condition if another link in your chain is in dilapidated condition.”

With major issues facing agriculture and international trade, infrastructure is one course of action that Congress has the power to move forward.

“Farmers, particularly soybean farmers, are really taking it on the chin due to this dispute with China. This is an industry that was actually improving our trade balance and our relationship with China but yet is the industry most adversely affected by this larger issue,” Steenhoek said. “We talk about this aid package and these bilateral trade agreements with other countries and those are fine and good, but I think a nice compliment to that is infrastructure investment.”

While there are almost endless options for spending money on infrastructure, there are a few priorities that could have a broad and significant impact.

“We need to make sure locks and dams are fortified and well maintained so you don’t have that catastrophic failure. I think that one project that would provide pretty quick bang for the buck would be dredging the lower Mississippi River at New Orleans from its current depth of 45 feet to 50 feet,” he said. “All of these big soybean producing states channel their soybeans on the river out to the international marketplace. The price the farmers receive is largely a function of the efficient transportation system after they make the delivery. If you have a problem in the river, farmers see a widening basis because the supply chain isn’t working. If you improve the efficiency, the inverse is true, and farmers actually see a positive impact on their basis. This is a way to put an infusion of money into farmers’ wallets by making the supply chain more efficient. There could be $461 million annually for American soybean farmers by just that one infrastructure project.” 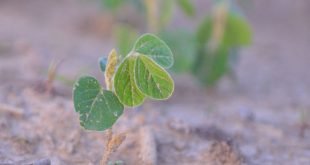 By Scott Irwin, Department of Agricultural and Consumer Economics at the University of Illinois There is …