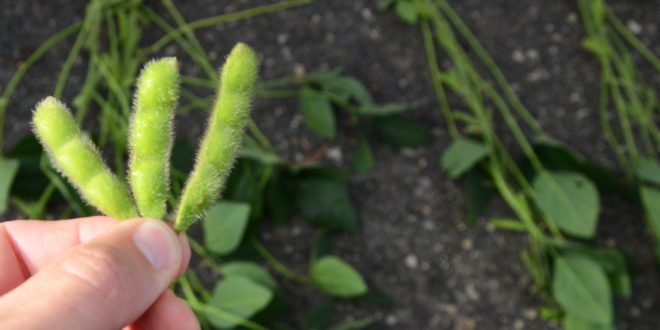 There are some brights spots for corn prices, soybeans look grim

Harvest progress continues to be disappointing for many across Ohio. For the most part it is not disappointment in the harvest to date but rather for what yet remains for corn and soybeans to be harvested across the state. The last half of October, like much of the growing season, provided bountiful rains for Ohio.

Corn open interest (total number of outstanding contracts) early in November reached its highest level since August 23. The first two trading days of November saw corn open interest climb over 39,000 contracts. Some are suggesting this activity could indicate that commodity fund traders have been active buyers and they see a longer term “story” of higher prices yet to come. This activity comes just days ahead of the Nov. 8 report that revealed China’s corn stocks could be much higher than earlier expected. Corn prices on that report day did close down one cent, but did not fall out of bed on the higher stocks number.

The market has feared for decades what the actual China corn stocks number could be. Traders are not expecting increases in corn exports out of China. USDA did not increase at all their projections of China corn exports in spite of higher production and ending stocks in comparison to October numbers. It is a well-known fact that China is investing heavily into corn ethanol production with dozens of plants expected to be up and running in the next two years. Weekly corn auctions in China have been taking place for months with little traded at times. In addition, their corn inventory is thought to be of poor quality as well as not logistically in position to be exported. Also, China’s corn consumption is expected to increase 5% in the next year as they expand the starch and sweetener industries.

U.S. soybean ending stocks continue to be on the increase as USDA pegged ending stocks at 955 million bushels, a jump of 70 million bushels. This increase comes on the heels of USDA lowering U.S. soybean exports to 1.9 billion bushels, a decline of 160 million bushels in just one month. This export decline was not a surprise with the U.S./China trade issues, which have been plaguing U.S. producers since May. U.S. President Trump and China President Xi are expected to be meeting late this year at a G20 meeting in South America to talk trade and other issues. There are indications of China acknowledging that both the U.S. and China have been hurt from the ongoing trade issues.

Basis levels for both corn and soybeans have seen improvement in recent weeks as harvest has been winding down. However, those basis gains are changing at different rates across the state. For example, mid-November, Cincinnati is seeing only a flat price gain of 4 cents on soybeans from November to December. Other parts of Ohio are seeing that flat price gain of 10 cents to just over 20 cents. Likewise corn in Cincinnati is seeing a 6-cent gain for that same time period. Other parts of Ohio we seeing a flat price gain of 20 to 30 cents for that same November to December period.

It is no surprise that this was a very difficult harvest season across Ohio. Producers with storage and drying capabilities were rewarded with the ability to keep harvesting as the weather permitted. Those without home storage were most frustrated as numerous elevators for much of October limited soybean moisture to 14% to 15%. Cloudy days with daily highs below 50 degrees provided little drying of soybeans still standing in fields.