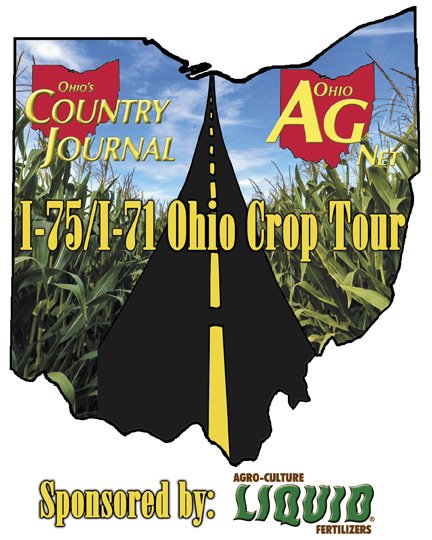 After an almost ideal growing season for some and not so much for others, we were not sure quite what to expect on the 2018 I-75/I-71 Ohio Crop Tour in mid-August.

There were certainly some examples that showed up in fields on the 2018 I-75/I-71 Ohio Crop Tour displaying evidence of some challenging conditions, but for the most part what we found was a crop that might just meet what USDA has suggested, a record Ohio corn and soybean crop. The 2018 Ohio Crop Tour was sponsored by AgroLiquid.

In January, prior to the final yield report that has been delayed by the government shutdown, the U.S. Department of Agriculture was predicting an average yield in Ohio of 190 bushels. In August, the number we came up with for our tour average was 186.7 bushels. At the time, we thought that yield may be on the high side because there was a fair portion of the crop that had a long way to go yet in mid-August and there were still plenty of chances left in the season for yield reductions. As it turned out, though, the average of the yield calculations turned out to be fairly close. The growing season ended very strong, likely improving yield beyond what we saw in August, at least in some fields. The nearly ideal weather maximized the potential for the fields we look at in many cases.

So, the overall average was really pretty close, but how did we do on individual fields? We followed up with some of the farmers to find out the actual field averages of the corn fields we sampled and estimated back in August. Here are the results.

In addition to our yield checks, for the first time ever we collected tissue samples from each field to conduct tissue testing and gain a bit more insight into what was happening in the fields. Jamie Bultemeier, agronomist and corporate sales director for A&L Great Lakes Laboratories, dug into the results.

“The challenges of tissue testing hit us, but there is a positive message behind the data. I broke the data down by north/south and east west and some patterns began to emerge in corn. I went one step further and identified those counties that were hit by the dry heat in June and July and more appeared. Often when looking at tissue data we assume that nutrients are the limiting factor to yield, but that is not the case most of the time,” he said. “One often overlooked aspect of tissue sampling is the understanding of what is limiting yield. If the true limitation to yield is nutrient or impacts nutrient availability, there will be supportive evidence in a tissue test. In this case tissue test data will correlate to yield. If the yield-limiting factor does not impact nutrient availability, tissue data will not correlate to yield. Often managers assume yield is impacted by nutrient uptake, but this is not always the case. This often leads to criticism of tissue testing.”

When Bultemeier scrutinized the data, he found different trends in different areas of Ohio.

“Comparing results from northwest Ohio, a stronger correlation between yield and potassium level began to appear. When I separated those very northwestern counties that were hit by near drought conditions, there was a rather strong correlation between potassium levels and yield. Higher yields are associated with higher potassium levels in corn leaves,” he said. “While the population style research at hand here is a bit limited by the lower sample set, the correlation suggests there may be an impact. This also makes agronomic sense — potassium is key in maintaining water relations within plants during times of water stress. The lower tissue test levels could be caused either by low soil potassium levels, by lack of soil water to facilitate the diffusion of potassium into the corn roots, or a combination of the two.”

Southern Ohio had more rainfall and it showed in the tissue tests.

“In the southwest where rainfall was more plentiful, there is a weak correlation between nitrogen levels and yield suggesting that nitrogen levels in the corn plant may have impacted corn yields in southwest Ohio. The question then becomes: did the plant have reduced availability limiting uptake, or did environmental conditions lead to reduced remobilization of nitrogen from the lower stalk to the ear leaf?” Bultemeier said. “I think the data from the Crop Tour exemplifies the challenges with interpretations of tissue test results. Crop physiology response to weather conditions and general field condition often explains tissue results, however you need field observations to figure those relationships out. The tissue sample tests from the Crop Tour were really tying to the weather events last year.”

Bultemeier said there is still plenty to learn from and about the role of tissue testing in crop production.

“A tissue test is a great option for looking at nutrient management as a report card if we are doing a good job at accessing those nutrients. It can be a challenge to interpret that data if we don’t have a good understanding of the system around that data and what led up to that snapshot in time. Many folks pull tissues and assume that yield and growth is limited by a nutrient issue, but that is not always the case. If we have a physical limitation or a genetic limitation, that tissue test may come back just fine and not give us a real insight,” he said. “The trend we are seeing right now is monitoring it over the season. They pull samples on a routine basis so they can see where they are at and what nutrients may be needed through foliar applications. They apply the product and see what the response is. Did the plant respond or not and was that product a good application or not? You may have to do that two or three times to get a good answer, but if there is something dropping through the season they can be ready to do an application to address it. Right now we are sort of in that learning phase in agriculture, but it is amazing what you can learn when you monitor this on a more critical level. It can be mind-boggling and it is key to have really good notes and to have an agronomist who is familiar with crop physiology with you. Sometimes it can raise more questions than answers and that is when you have to start digging deeper.”

Bultemeier’s tissue sampling results from each corn and soybean field sampled on the 2018 Ohio Crop Tour are available at: ocj.com/wp-content/uploads/2019/01/Crop-Tour-Test-Results-2018.pdf. 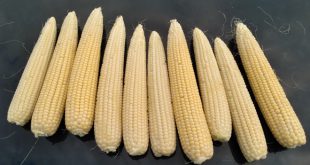