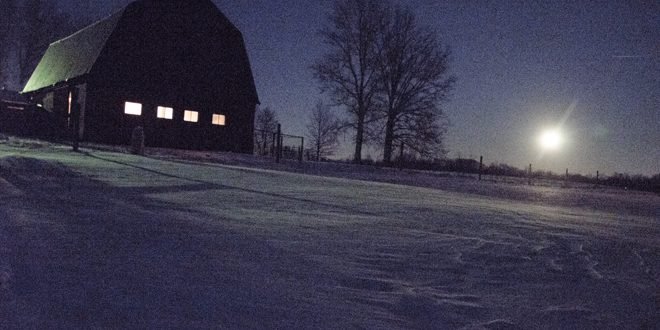 Plenty of market news to ponder

There is certainly plenty of news to mull over. Government shutdown, trade talks, USDA reports, snow, cold, South American weather, and charts are among the topics clamoring for significant attention.

The partial government shutdown is approaching 30 days at this writing. The partial shutdown is affecting farmers in numerous ways this winter. It means local FSA offices are closed and unable to process loan payments along with the Market Facilitation Program (MFP). Those soybean payments of $1.65 per bushel are being welcomed profusely across Ohio and the U.S. While we are now well past the Jan. 15 original deadline, USDA had already announced that deadline would be extended the number of days FSA offices were closed by the partial government shutdown. The FSA offices across the country were last open on Dec. 28 with some Ohio offices open Jan. 17, 18, and 22. Numerous conversations with producers indicate many are still waiting on their second round of MFP payments. The first installment came through more quickly than expected. Some delayed signups wanting to make sure they would not get paid in 2018. Unfortunately, they soon found FSA offices were not open due to the partial government shutdown. Producers have until May 1 to certify 2018 soybean production.

The Jan. 11 USDA report day did not happen with USDA closed offices. Reports that day were to include the final 2018 corn and soybean production and yields, the first report of 2019 U.S. winter wheat acres, U.S. Quarterly Grain Stocks as of Dec. 1, 2018, as well as the monthly Supply and Demand Report. In mid-January there were already ideas that the Feb. 8 monthly reports could be delayed.

The lack of timely USDA reports released in January curbed participation in the markets as traders chose to be on the sidelines. Numerous trading days at the CBOT seemed sluggish with little news to trade on. Soybeans reached a near-term high Jan. 7 as there were just two major news events during the first week of January: China’s buying of the five million tons of U.S. soybeans agreed to on Dec. 1 and South American weather. As the market realized that one event of China buying U.S. soybeans had been fulfilled, that left just South American weather to be the dominant force in the news cycle. Daily ranges had a noose around their necks as corn struggled for a 3-cent daily range while soybeans could not muster much more than 7 cents. In a nutshell, the lack of government reports choked traders for lack of news to trade. The market needs news events and the timely release of government reports to function efficiently. With the government in its partial shutdown mode, there were no daily flash export grain sales reports or that weekly export sales report.

Mid-January corn and soybeans were trading in a pennant fashion. The pennant has height on one side and narrows to a point on the other. While not a perfect predictor, about 65% of the time prices exit that pennant in the same direction as they entered.

Ohio producers not finished with their 2018 corn and soybean harvest at Christmas had an excellent window of opportunity of four days during early January as the long awaited freezing conditions finally took place. Unfortunately, it came to a screeching halt with accumulating snow Jan. 12 and 13. Near sub-zero temperatures and more snow the following weekend contributed to even more weather delays for those unharvested acres. Southern Ohio received more rain, which eventually turned to snow.

Trade talk progress during the first half of January had two different perspectives. Early in the month there were news stories indicating China and the U.S. were talking every day. Then on Jan. 15, U.S. Trade Representative Robert Lighthizer reported no progress had been made on structural issues with China in the previous week. The issue of intellectual property rights continues to be a huge sticking point as mentioned in previous columns.

Thought for the day. “Everyone you will ever meet knows something you don’t.” – Bill Nye. 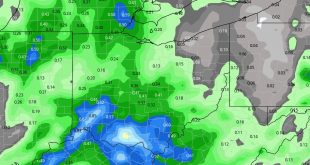 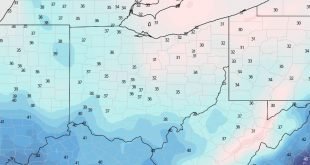 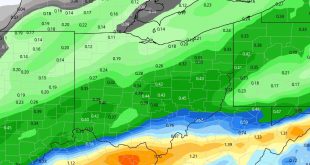 March 31, 2021 -- A cold front works through the rest of the state today, bringing moisture, but more impressively, much, much colder air. Rains from this event will total .1"-1" with the biggest totals from I-70 south...