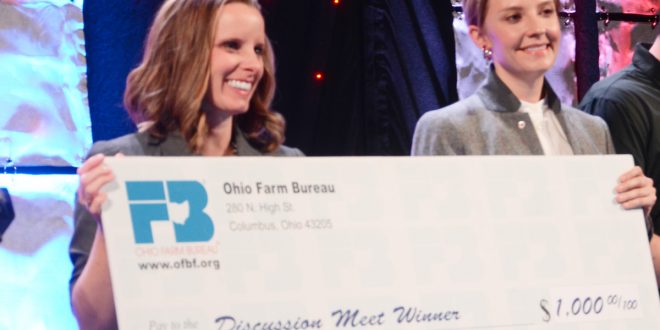 Annie Specht was recognized as the 2018 Discussion Meet winner.

By Joel Penhorwood and Matt Reese

A number of Ohioans competed and found success at the 100th American Farm Bureau Federation Annual Convention held in New Orleans in January.

Annie Specht, a professor of agricultural communication at the Ohio State University, and a member of the Tuscarawas County Farm Bureau, competed at the national level of the American Farm Bureau Federation Discussion Meet.

“I was able to make it out of the first round, so we had two different rooms of discussion, and out of the 36 competitors, they ended up taking the top 16. I was lucky enough to make that sweet 16 round. Sadly, I did not move on to the final four,” she said.

She said though she was disappointed to not make it to the finals, she was happy to enjoy great discussion with ag professionals from across the country.

“The competition is structured the way that we would structure a committee meeting, so you’ve got in most of the rooms, four to five individuals, a moderator who introduces the topic, introduces the participants, and you give a 30-second opening statement. After all the competitors have given their opening statements, you have 25 minutes of conversation,” Specht said. “That conversation is supposed to flow very much like a committee meeting would flow. So you have people asking questions of each other, proposing solutions for whatever the topic is, and then wrapping everything up with each participant having a 60-second closing statement on top of what they’ve already talked about.”

A number of topics are covered in the meeting rooms of the discussion meet.

Specht was the winner of the Ohio Farm Bureau Discussion Meet in early 2018. She gave advice to aspiring competitors on how to get involved themselves.

“I think getting involved at your county level — talking to your organization director for Farm Bureau — that individual will set you up to compete at the state meet which usually happens in December,” she said. “Then if you’re lucky enough to move on at that point, then you get to compete in the final four, which will actually be happening at the Young Ag Professionals conference here in just a couple of weeks.”

In addition to Specht, young agricultural professionals Jess and Adam Campbell from Warren County competed in the national Excellence in Agriculture. The Campbells made it to the Top 10. Eight Ohio county Farm Bureau projects were chosen to participate in the County Activities of Excellence program during the trade show portion of the event.

Ohio Farm Bureau also received all four Awards of Excellence that demonstrate outstanding achievements in four program areas: Advocacy; Engagement and Outreach; Leadership and Business Development; and Membership Value. In addition, Ohio received the Scholar Award, which is given to the six state Farm Bureaus with the highest total donations to the foundation within their membership groups. Ohio Farm Bureau also qualified for one of 25 Apex Awards given to states that have increased total contributions to the foundation by 10% or more over the previous year.

For more from the 100th AFBF Convention, visit ofb.ag/AFBF19. 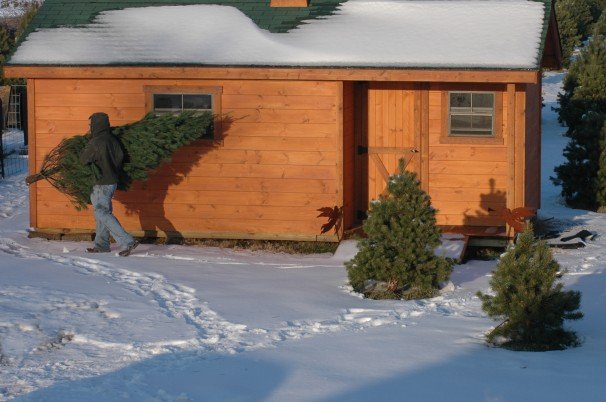 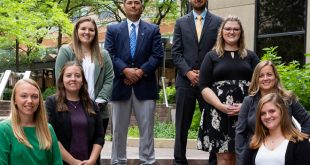