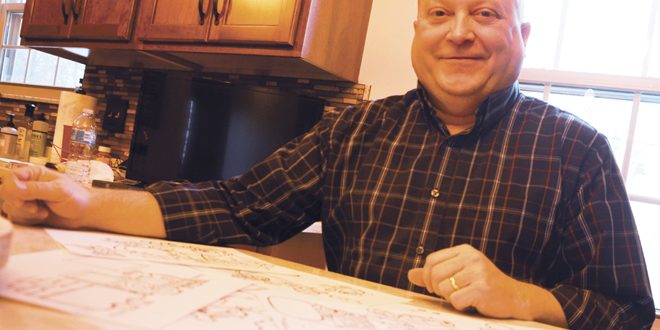 Meet the comic: The story of Earl Musick, OCJ cartoonist

So how exactly does someone get the job of drawing the comic strip for Ohio’s Country Journal? Believe it or not, it started with the FBI.

Earl Musick was very shy as a child, but he loved to draw and make people smile. He was asked to draw some comics for his middle school paper. This early start with comics (somewhat surprisingly) came in handy when Musick started a job with the Federal Bureau of Investigation shortly after high school.

“I got hired for the finger printing office, then was an artist and photographer. I did raids and undercover stuff as the photographer and worked with the top 10 most wanted list,” he said. “I worked there full-time for a year. I was stationed in Cleveland but I traveled all over.”

He wanted to get closer to where he grew up in Bucyrus, so Musick got a job with the local post office, eventually serving as postmaster in the area while continuing to do some freelance work for the FBI. The folks with the U.S Postal Service found out about Musick’s drawing abilities and his career path took another turn.

“I submitted my work to some of their people. Eventually I got published there,” Musick said. “I did a comic strip that appeared in 60 postal magazines and publications nationwide. Then I became a spokesperson, motivational speaker, and cartoonist for the U.S. Postal Service. I have been drawing for the post office and the FBI 31 years now. I know that is hard to believe when I am only 26 years old.”

With his work going nationwide, more people began to notice.

“One thing led to another,” he said. “One day I got a call from the CEO of Disney and I was hired to do a comic panel that appeared on Disney and ABC.”

Today, Musick continues to work for the U.S. Postal Service (with retirement not too far off) and also works as a professional cartoonist, humorous illustrator, stand-up comedian, and ghostwriter, always providing a positive message and adhering to his Christian principles.

“Last year I traveled 48 out of 52 weeks doing shows,” he said. “When I was a kid I would get physically ill to speak in front of people in school. I now do shows in front of 3,000 people. I sing and dance and do anything to make them laugh and keep it clean.” 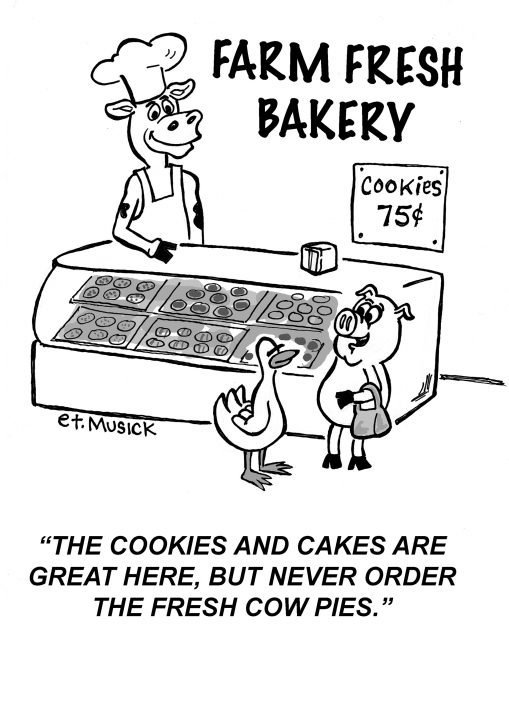 It was 14 years ago when he started doing cartoons for Ohio’s Country Journal.

“A neighbor said the OCJ was looking for a cartoonist and she knew I had done some work for Disney and a bunch of other people. She wondered if I’d be interested. I sent some samples in. To be honest, I didn’t know a lot about farming,” Musick said. “So I met with Kyle Sharp, who was the editor then, and he said, ‘What do you know about ag?’ And I said, ‘Well I had two for breakfast this morning’ and that’s about how the interview went.”

Musick made up for his limited agricultural background by talking with friends who had more experience on the farm.

“I did have a lot of farmer friends and a good friend of mine, Dave Hite, was selling seed at the time, so I thought I’d make a comic strip about Dave the Seed Guy. That way I could travel from farm to farm in the comic and have different families involved and different stories. I wanted to make this a broad comic strip instead of being stuck on one farm doing the same thing,” Musick said. “I’ll get a publishing deadline and I ask my farmer friends what they’ll be doing in two months when the issue will come out. I try to be timely and have fun. When I do the single panels I get a little crazy where I have pigs driving tractors and cows swimming and things like that. With Dave the Seed Guy I try to keep it fairly realistic, but I do stretch it quite a bit. I try to stay timely. I go to my farmer friends and say, ‘Gimme something.’ They’ll say: ‘no-till.’ Then I say, ‘OK I’ll do something on no-till.’ In a week I’ll average 15 cartoons. I draw in airports. I draw in hotels. Sometimes it takes minutes for a cartoon to a couple of hours. I’ll wake up in the middle of the night with an idea and I’ll write it down. Then I’ll look at it in the morning and say, ‘That’s a terrible idea.’ But sometimes it’ll be pretty good.”

Musick really enjoys the chance to connect with people through his work.

“I love the laughs, the fun and the way you make people feel. People have enough news to watch and depressing stuff. I get emails and letters from people telling me how much they enjoy the OCJ and how much they enjoy the cartoons. I’ll run into somebody at the mall and they will quote my cartoon and I’ll have to stop to think about the punch line sometimes. It touches something in them that is familiar. That means a lot when I can reach people like that from here at my studio,” he said. “I want to be on people’s refrigerators. That is my goal.”

His talents also opened the door to friendships with other cartoonists around the country.

“I became friends with Charles Shultz, the Peanuts creator. He introduced me to other cartoonists,” Musick said. “Now I know all of the Mad Magazine artists and one of my best friends does the minions. It is just amazing that my heroes have become my friends.”

As a speaker, Musick has entertained audiences of all ages at conventions, corporations, associations, churches, clubs, casinos, fairgrounds, and schools. His cartoon work has appeared in movies, on television, posters and t-shirts, in newspapers and magazines, books, greeting cards, calendars, coloring books, and advertising. He has appeared on and worked with people from The Tonight Show, David Letterman, HBO, Good Morning America, ABC TV, The Walt Disney Company, King Features Syndicate, PBS, The Christian Broadcasting Network, Chicken Soup for the Soul books, Compendium Greeting Cards, Gibson Greeting Cards, and Hoard’s Dairyman. He even has a PEZ dispenser made in his likeness.

“I was working on a charity with the PEZ people. PEZ people will spend thousands of dollars on a limited addition. They made two of me. They sold one for children’s charity and the other one went into the PEZ museum in Connecticut,” Musick said. “My wife’s friends were touring the museum at the PEZ corporate office and her phone lit up. They sent pictures back. I am right beside Tweety Bird. It is really cool. You lift my head and candy comes out my neck!”

Looking back, Musick can hardly believe the journey from his early days as a shy student and he is very excited about what the future may hold next.

“I am a Christian and every dream I ever had I prayed about. God has extended my dream farther than I could ever have dreamt,” he said. “It is all God. It is not Earl. It is amazing what has happened. Just follow those dreams. If God puts a dream on your heart, go for it!” 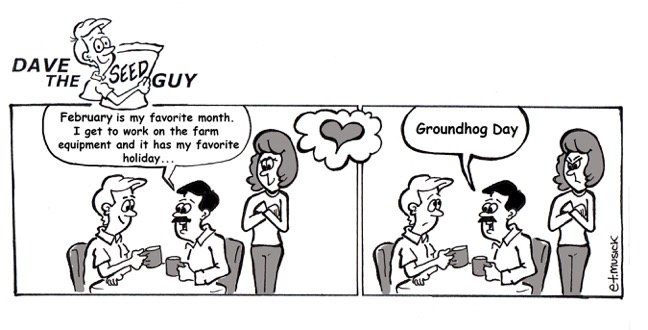 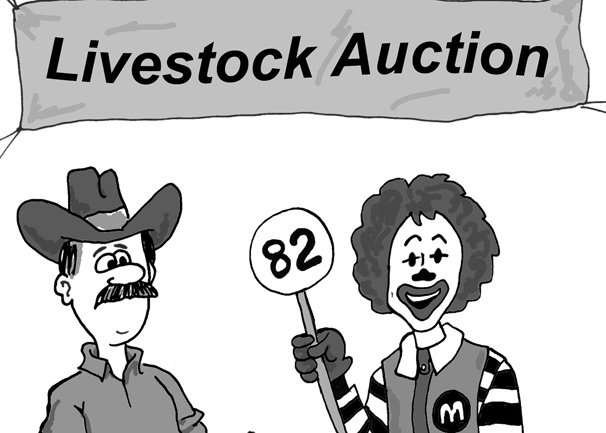 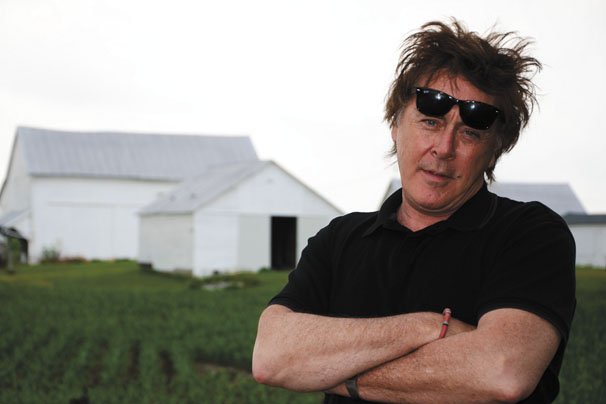