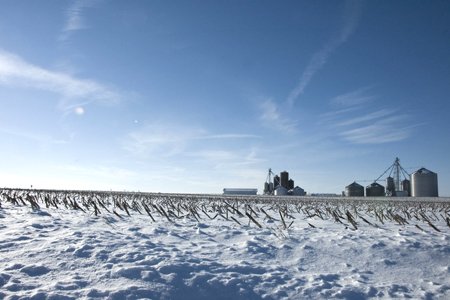 We often witness the grain markets reacting to what is currently happening — the headlines. Continuing the dominant theme seen in recent weeks, grains are reacting to what we are NOT seeing. The lack of U.S./China trade news is affecting volume and volatility. Confusion and uncertainty moves traders to the sidelines awaiting a clearer view of current circumstances.

We are not reading headlines on the details of an actual U.S./China trade deal. We get snip its of news with one U.S. trade official announcing the talks, “going well and progressing,” while another on the same day, “not so good with much progress yet to come.” Good cop, bad cop in a simple analogy. It is well known traders are looking for two things to happen — the announcement of a trade deal with a date detailed for signing, and the actual signing by the two presidents to take place. Rumblings the past week indicate China could agree to buy $40-50 billion of U.S. agricultural goods each year of a multi-year agreement. Prior to the trade tariffs last June the total was just $20 billion.

Cold and wet conditions for the Midwest reflect current weather forecasts into late March. The U.S. Upper Plains looks to get hammered with snow by March 15. Accumulations of 15 to 25 inches are expected. Those states affected would include Iowa, Minnesota, Nebraska, and South Dakota. With snow cover on the ground and looking for still more, already there are concerns of late planted corn in the Upper Plains. Planting progress and rainfall amounts will soon begin to dominate the news going into late March. While Ohio, Indiana, and Illinois are not traditional March corn planting states, field activity in the southern U.S. during March will be closely monitored. Mississippi River water levels will be a major factor for the next 45 days. Snow melt from the Upper Plains and Upper Midwest as well as rainfalls in the South affect Mississippi River water levels. It drastically affects basis values for export grain loaded at the Gulf. It quickly factors into determining Ohio basis values.

Producers continue to work getting equipment ready for spring planting, picking up the pace now that the tax season is behind them. Expect the machines to keep their selling shoes laced up tight with a big surprise needed to change their selling tone of recent weeks. The big surprise would come from weather, China buying more grain than expected, or a geopolitical event not yet on the horizon.

By Matt Reese The weather was just not cooperating for planting in 2020. It was …