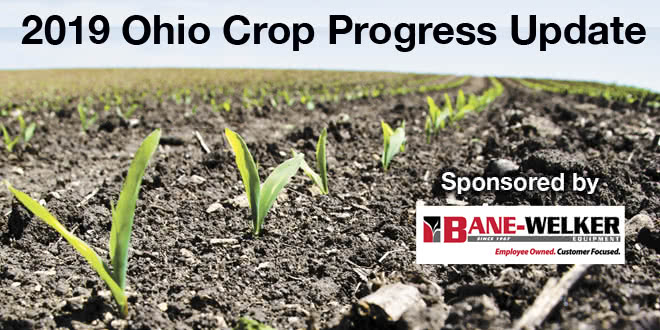 Planting remained stalled last week due to higher than normal precipitation, according to Cheryl Turner, State Statistician, USDA NASS, Ohio Field Office. There were 1.1 days suitable for fieldwork in Ohio during the week ending April 28. Most fieldwork remained on hold as fields were too wet. There were reports of some localized flooding scattered throughout the State. Even with slightly higher temperatures statewide, growing degree days were lower than normal for the week. Winter wheat progress and condition continued to be negatively affected by soggy fields. There were reports of ponding causing some wheat to be drowned out. Oat planting and emergence both slowed and moved toward the 5-year average. Some operators were able to plant a little corn and soybeans, but progress remained behind 5-year averages due to wet soils.