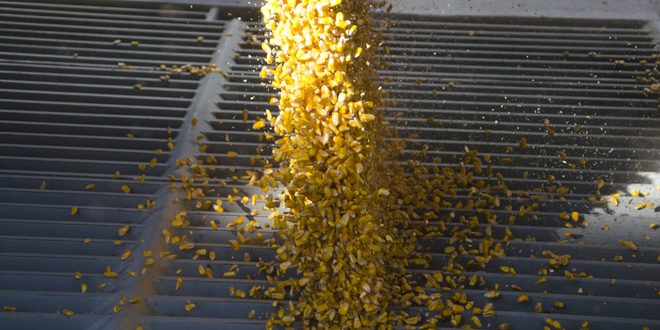 EPA approves E15 for year-round use

The move comes just a day before the official start of the summer driving season, June 1, when due to restrictions on Reid vapor pressues, E15 could not be sold.

“The ethanol industry thanks President Trump for personally championing this critical regulatory reform that will enhance competition, bolster the rural economy, and provide greater consumer access to cleaner, more affordable fuel options,” said Geoff Cooper, RFA President and CEO. “We have always agreed with the President’s assertion that the outdated summertime prohibition on E15 was ‘unnecessary’ and ‘ridiculous.’”

There are continued concerns from ethanol proponents, however, with regard to the small refinery exemptions from the Renewable Fuel Standard requirements. Since early 2018, EPA has granted 53 RFS exemptions to refineries for the 2016 and 2017 RFS compliance years totaling 2.61 billion ethanol-equivalent gallons of renewable fuel. EPA currently has 39 waiver petitions pending for the 2018 RFS compliance year.

“We are cognizant, however, that the promise of today’s E15 announcement could be undermined if EPA continues its unprecedented assault on the RFS with indiscriminate small refinery hardship waivers,” Cooper said. “Against the intent of Congress, EPA has been granting RFS exemptions to refiners without requiring them to demonstrate their claimed ‘hardship’ is somehow connected to the RFS. The demand destruction caused by EPA’s waivers must end. We urge the President to build upon the momentum of today’s announcement by reining in EPA’s abuse of the small refiner exemption program.”

“Corn farmers have been long-time advocates of higher blends of ethanol such as E15, touting its benefits to both the farmer and the consumer,” said Lynn Chrisp, NCGA president. “Farmers are facing some tough times which makes this announcement particularly welcome. We thank President Trump for following through on his promise to rural America and USDA Secretary Sonny Perdue and supporters in Congress for their outspoken commitment to year-round E15.”

The final rule from the Environmental Protection Agency (EPA) eliminates the barrier that required retailers in many areas of the country to stop selling E15 during the summer months by allowing E15 to receive the same summer volatility adjustment EPA permits for E10. NCGA submitted comments to EPA in April to press the need to finalize the rulemaking to ensure there would not be an interruption in E15 sales between June and September. The comments also cautioned EPA against finalizing proposed Renewable Identification Number (RIN) market rule changes that would be counterproductive to greater biofuels blending supported by the E15 rule. NCGA agrees with EPA’s focus on transparency and market data in the final rule and the decision not to finalize proposals that would work against biofuels blending.

Secretary of Agriculture Sonny Perdue had this to say.

“I appreciate President Trump’s steadfast support for our patriotic farmers and for his commitment to expand the sale of E15 and unleash the full potential of American innovation and ingenuity as we continue to demonstrate our rightful place as the world’s leader in agricultural and energy production,” Perdue said. “This move to approve the year-round use of E15 in time for the summer driving season provides consumers with more choices when they fill up at the pump, driving demand for our farmers and improving the air we breathe. While the Trump Administration and USDA are expanding the ethanol market in the United States, we continue to fight for more export markets in Brazil, Mexico, China, and other countries across the globe. I applaud Administrator Andrew Wheeler for moving expeditiously to finalize this important E15 rule.”

The U.S. Court of Appeals for the District of Columbia Circuit directed the U.S. Environmental …