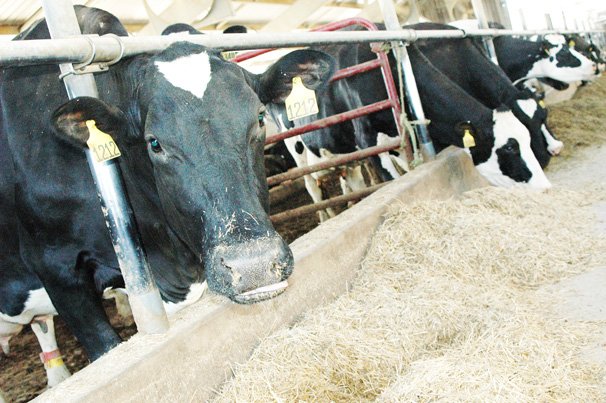 Fighting resistance with brains and brawn

You can’t escape reading or hearing about disease-causing microorganisms — with exotic names like MRSA and E. coli OH:157 — that develop resistance to drugs. There are also plenty of reports about resistance to antibiotics in livestock and people or weeds’ resistance to crop chemicals.

There is another kind of resistance in cattle, swine, sheep and goats: internal worms that develop resistance to deworming agents. On this subject, I offer you this true story about a couple of cattlemen and their herd of 200 brood cows out on Cowpath Road.

Lowell was a retired local factory manager. His son, Jimmie, had returned home from Ohio State with a degree in animal science. I enjoyed talking with them and listening to their unconventional observations. And I was impressed by their astute management of their herd. They used frequent pasture rotations, a computerized heat detection system to determine when a cow was cycling, and artificial insemination, followed up with “natural cover” breeding with bulls for those cows that didn’t conceive and were back in heat. And during the fall round-up they routinely vaccinated the cows and used a deworming program.

Last September, Jimmie called to schedule pregnancy checks, deworming and vaccinations for 60 spring calvers. I suggested that before my visit Jimmie and his father bring in several random fecal samples so I could analyze fecal worm egg counts. Jimmie asked why.

I explained, “It’s been confirmed that worms are becoming resistant to many deworming agents. We need to establish a baseline for the worm egg count in the cows to determine whether the deworming agent worked.” Seemingly satisfied by my answer, Jimmie said he would.

But it turned out he didn’t.

On the appointed day, my vet student intern, Sarah, and I traveled to the farm. Sarah was a very capable senior vet student who intended to pursue a career in large animal practice. I was glad to have her as an assistant even though she didn’t appear to have the temperament or physique to handle these balky bovine bossies. She stood at just five-foot-two, weighed no more than 125 pounds, and was very laid back and quiet.

When we arrived, Jimmie already had the cows up in the corrals. I wasted no time telling him my concern that fecal egg counts had not been conducted to determine the cows’ baseline status for internal parasites.

Jimmie’s response: “Doc, I’m sorry, but my days ran together, and I didn’t have time to get them. Let’s just go ahead and deworm them.”

I told him, “I’m OK doing that, but I am concerned the worms might be resistant to the deworming agent, plus we could have saved some money if the fecal egg counts showed the dewormer wasn’t needed.”

I added, “Let’s at least still do the egg counts today and if the egg count is high, follow up with a second count in three weeks. If the deworming agent doesn’t work, we will know it from the follow-up egg counts.” Jimmie agreed.

Lowell soon arrived with two high school boys he recruited to help push the cows through the chute. Lowell and his two helpers pushed the cattle into the chute while Jimmie kept the records. I performed the pregnancy exams, and Sarah administered the vaccines and applied the topical deworming agent.

About a half dozen of the cows had lost their ear tags and needed new ones. When the first one entered the chute and was captured, Jimmie loaded the tagging pliers. This cow, like all the others, was mature and had been through the chute many times. She wasn’t about to allow anyone to pierce her ear with an identification tag. As a matter of fact, she was downright mean-spirited about Jimmie’s attempts. No matter what he did, Jimmie couldn’t get the cow to hold still for the ear piercing. She intended to pin him to the wall.

This scenario gave me a chuckle. I thought to myself: Who’s the more advanced species here? I recalled how my daughter begged — and I gave in and paid — to have her ears pierced.

But my wandering mind and the contrary bovine were abruptly reined in. Sarah stepped around Jimmie and threw her hip in, pushing the cow’s head, pinning it against the chute panel as she locked her arms on the chute frame. She directed, “Go ahead!”

Jimmie quickly applied the tag and stepped back awestruck. He proclaimed, “Sarah, I have never even seen a guy do that as slick as you just did.”

The high school boys stood back not saying a word. Sarah’s decisive move brought a pause in the action as they let it all sink in.

Out of Sarah’s ear shot, I told the boys, “I guess you guys got the message to not mess with that girl!” They nodded sheepishly.

Five more tagless cows came through the chute that day. Each cow was just as mean as the first. And each time, Sarah stepped up and pinned the cow’s head to the head gate.

Later that day, back at the clinic, Sarah conducted fecal egg counts for several of the cows. Every cow had either negative or very low counts.

Without the benefit of these counts, Jimmie and Lowell had contributed to building the worms’ resistance, by applying deworming agents that weren’t needed. And they wasted $800 on dewormer.

Sarah is now in large animal practice. I must confess that I hadn’t shared with Jimmie and Lowell that Sarah grew up assisting her father milk his herd of dairy cows in a flat barn — an experience that certainly prepared her for handling those mean old bossies on Jimmie’s farm. I also failed to share with them that Sarah was more than a well-conditioned farm girl. She was the reigning Miss Ohio Bodybuilder. 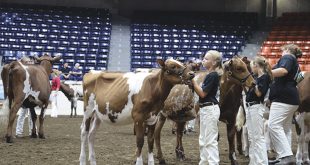