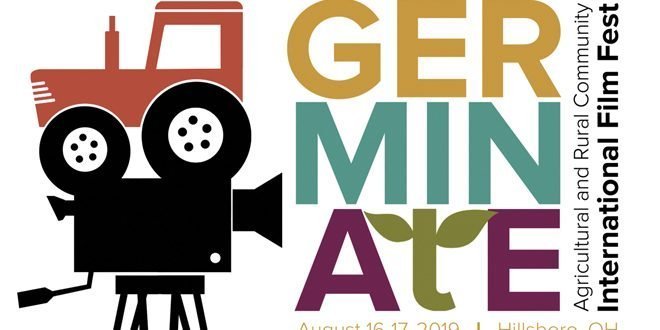 Some may be curious why Ohio, or anywhere for that matter, would host a film festival around the topic of agriculture. Yet, it is not difficult to see how influential video and other media can be in today’s society and there is no question agriculture needs to find new ways to reach out in informative and entertaining ways. With this in mind, Ohio State University Extension is hosting a truly unique event this month with the Germinate International Film Fest in Hillsboro, Aug. 16 and 17.

“The Germinate International Film Fest is entirely focused on agriculture, rural communities and our natural resources. This is really the first film festival of its kind anywhere that is truly focused on this type of content,” said Brooke Beam, with Ohio State University Extension in Highland County. “We’ve had a great turnout of individuals who wanted to apply and submit to the film festival. We are really excited to share this with everyone. We have over 70 entries that will be included. We have everything from a local fifth grader who made a film about his steer that he is taking to the county fair to feature length documentaries that have been shown at multiple film festivals around the world. We have a diverse content we have to share and we are exited to host folks here in Hillsboro, Ohio. We also have such a wonderful agricultural community here to highlight.”

Visitors can attend live film screenings and participate in hands-on workshops on video production, photography, agriculture, natural resources, astronomy, and community development topics. The films that will be included in the festival have been selected based upon both agricultural content and quality.

“To be selected for the film festival, it needed to be something relevant and timely. All of the films have been screened by Extension educators and folks from the Ohio State University Theater Department. They have been screened for agricultural content and the filmmaking ability. It is a two-part review process they have gone through,” Beam said. “The quality of the films has been excellent. This is a great opportunity to come see some world-class films right here in Hillsboro.”

The films cover a broad range of agriculturally related topics from soybean production to sharing the roads in Amish country. Common themes among the films — especially the “shorts” — are research, conservation, local foods and production agriculture. The Fest also features longer documentaries, a tour of Bell’s Opera House, visits to the Hillsboro Farmers Market, and more.

“We have a photography exhibit and a virtual reality experience. One virtual reality film is a tour of Antarctica from the Byrd Polar Research Center at Ohio State. We have a couple films from Netflix. We have two dinners — one in the decommissioned firehouse downtown and another locally sourced dinner at Karnes Orchard. We also have some workshops, a drone demonstration, and a beef taste testing program to learn how beef production influences taste,” she said. “We have a wide variety of things to get everyone a taste of different aspects of agriculture and natural resources in the region.”

The preparation process for the event has been challenging, but has all come together.

“It has taken quite a bit of effort to make this a reality. It has been a discussion for about a year and the planning started back in February, but it should be a great event for everyone of all ages,” Beam said. “We have some great partners here. Southern State Community College is letting us use their state-of-the-art theater and some of their lecture rooms. We are also conveniently located between Columbus, Dayton and Cincinnati, so it is not a long drive from anywhere in central Ohio.

“We have tickets available. We have one space that holds 400 and another that holds 88 so we can hold quite a few folks. I know some filmmakers are coming from California and other states so we are hoping for a great turnout. I would encourage everyone to order their tickets in advance so they know they have a seat saved.”

“As media and technology advances, agricultural producers and anyone who wants to share a story need to be able to understand how to create their own video and multimedia. Having an opportunity for producers to submit things like this and participate in a film festival helps us start to expand our abilities to create video production and help us share our stories with community members. Research has found that individuals who are not from an agricultural background think documentary films are trustworthy sources of information, almost equal to the news. So being able to understand how consumers are influenced by films is important to talk about so we can understand public perceptions and the things being discussed in films,” Beam said. “As we look at media trends, by 2021 it is estimated that 80% of the Internet traffic in the U.S. will consist of videos. So if we can encourage more folks to make videos — and if they have a place like this that is friendly for ag to showcase our work — maybe we’ll get to see more positive things representing the agricultural industry in the future.” 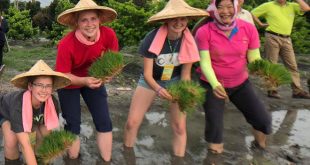 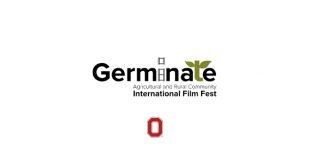