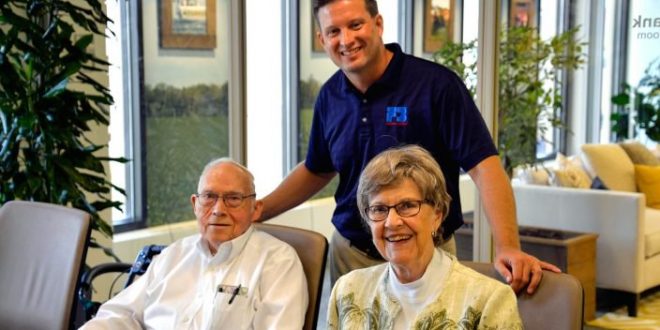 C. William Swank, who served as Ohio Farm Bureau executive vice president from 1968-1996, died Sept. 21, 2019. Swank helped Ohio Farm Bureau grow into the advocacy organization it is today, all the while keeping the economic and social well being of farm families top of mind.

Among the most important legislative accomplishments that occurred during his tenure were the establishment of Current Agriculture Use Value (CAUV) program, the phase out of the personal property tax for agricultural production and in 1992 leading a coalition of business and industry groups against Issue 5, the chemical labeling law ballot initiative.

A U.S. Air Force veteran, Swank earned his Bachelor of Science, master’s and doctorate from Ohio State University and was recognized by the university in many ways, including the establishment of an endowed chair in Rural\Urban Policy. An economist and participant in agricultural issues nationally and internationally, Swank regularly kept in touch with Farm Bureau staff and industry leaders on current issues.

“Bill Swank was one of the true giants in Ohio agriculture,” said Adam Sharp, Ohio Farm Bureau executive vice president. “His visionary leadership built Farm Bureau into a powerful tool for farm families and helped guide the entire food and farm industry.  His passion for farmers was unmatched. He was smart, funny and kind. All of us in agriculture today are benefiting from his legacy.”

He is survived by his wife of 68 years, Helen, and two daughters and their families, including nine grandchildren and 10 great-grandchildren. He was preceded in death by his son, Michael.

Remember that we are always looking at a parade of people. They’re moving through and past–it’s never done. You can know and teach that group that’s right in front of you, but pretty soon, they’re not here and it’s a new group. We’ve got the knowledge that there always is this parade of people, a parade of issues–it never stops and so our work is never done. ~ C. William Swank in his 1995 retirement address at the 77th Ohio Farm Bureau annual meeting.