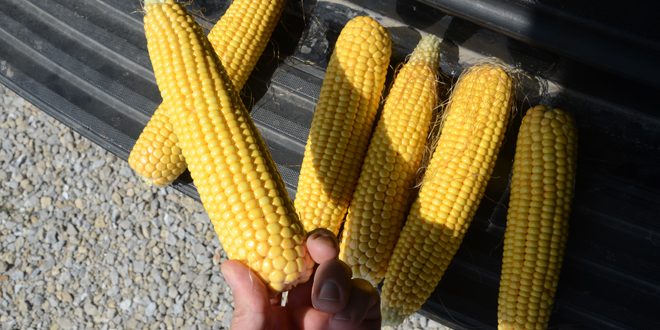 Once again, producers and traders are waiting for a USDA report. The previous two reports for grains were bearish. Producers don’t want to see that repeated in the upcoming Sept. 12 reports. With harvest still weeks away for Ohio and the Corn Belt, it appears it will take several weeks of poor harvest yield reports to break out of the price slide seen during July and August.

End of August weather forecasts lacked concerns of frost or freeze into Sept. 15. You likely noticed many areas of Ohio had over a week in late August with cooler temperatures as daily highs did not reach the 80s. It certainly makes you think fall is just around the corner. Calendar or temperatures, it is almost here. Numerous Ohio producers are not expecting much corn to be harvested until the month of October. Some parts of Ohio during August experienced drought-like conditions, which seemed an impossibility recalling the wettest spring in 125 years. One theme is certainly apparent. Many producers are expecting average or slightly better corn yields rather than the record breaking or near record yields of last year.

In case you missed the wild, heart breaking roller coaster ride for corn prices, December CBOT corn made a new contract high of $4.73 on June 17. Then prices fell for weeks into late August as prices were less than one cent away from the contract low of $3.63 3⁄4. The bearish Aug. 12 WASDE report had corn acres decline, but less than expected. Corn prices quickly collapsed, closing down the 25-cent daily limit. In addition, the corn yield increased to 169.5, up 3 bushels per acre when many had expected the yield to decline. Planted corn acres were estimated at 90 million acres. Spring planting delays also suggested prevent plant corn acres were 11 million acres. Doing the simple math meant U.S. farmers had intended to plant 101 million acres. Bottom line, it is difficult to fathom.

Wheat prices fell hard last month as U.S. export demand continues to decline in the face of record wheat exports from Russia and its once satellite countries. Russia continues to be the dominant exporter of wheat in the world. In August, selling prices of export Black Sea feed wheat dropped $10 per metric ton or roughly 27 cents. Also, wheat prices on the Chicago wheat December CBOT contract declined $1.04 from early July to late August. Cheaper wheat prices could easily reduce corn demand. Domestic corn basis for September and October in the eastern Corn Belt stands at December plus 5 cents to 40 cents in numerous locations. Expect that winter wheat acres in both Ohio and the U.S. will see declines for the upcoming planting season, which begins in just a few weeks.

The acres decline trend continues as the U.S. has planted less wheat for decades in a row.

U.S. corn export demand continues to be suspect, especially when Argentina is 42 cents cheaper compared to U.S. Gulf values for January 2020. The anticipated currency devaluation of the Argentina Peso will make their corn even cheaper on the world market.

The harsh reality of increasing world grain production while U.S. corn and soybean production is declining is a tough pill to swallow for U.S. producers. It is even more troubling when recognizing U.S. net farm income continues to fall from record levels seen in 2012. Reports of equipment dealers anxious to sell inventory but less than thrilled at selling equipment by taking trade-ins or not taking trade-ins at all, serves to warn the days of shrinking net farm income are still upon us. Look at all that has happened this year with planting delays for many. Yet, the much-expected weather concerns of July and ever increasing corn prices vanished beyond recognition.