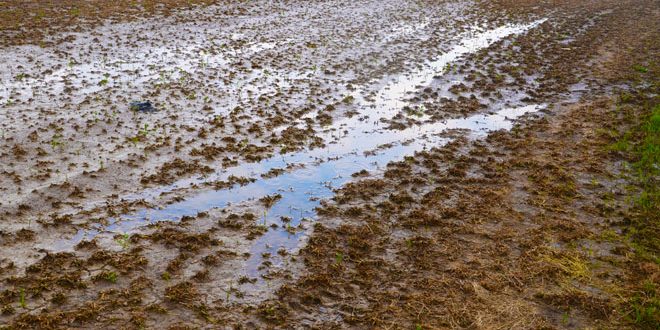 A heavy handful of soil: Considerations for fallow fields

It is hard to imagine that a single handful of soil can contain more living organisms than there are people on the Earth. Kathy Merrifield, who is a retired nematologist from Oregon State University, said a single teaspoon of rich soil can hold up to one billion bacteria, several yards of fungal filaments, several thousand protozoa, and scores of nematodes, not to mention other archaea, algae, protozoa, and larger soil fauna. Healthy soil is full of life, and those organisms living in it often have a close symbiotic relationship in which the survival of one is dependent on the survival of many others. Under normal weather conditions, the organisms thrive in their environment, and the crops that are grown in these healthy soils also have their needs met.

Mycorrhizae are a type of fungi found in the soil that grow in close association with roots of a plant in a symbiotic relationship. The fungi provide a pathway for the plant to take in nutrients and water. They aid plants in scavenging for soil nutrients by extending the root system via structures called hyphae. In return, plants provide sugars produced during photosynthesis to the mycorrhizae. These fungi grow either inside of a plant’s roots or attach to the surface of a root. Mycorrhizae also produce a protein called glomalin, which glues soil aggregates together to increase soil stability. Overall, this may increase soil tilth, drainage, and the soil’s ability to hold onto essential nutrients.

High soil moisture levels also led to anaerobic soil conditions (lacking oxygen) necessary for respiration. This was not a good environment for mycorrhizae. When mycorrhizae populations are reduced, the crops that depend on them for nutrient uptake suffer.

Fallow syndrome is a term that has made headlines in several agricultural publications recently. Fallow syndrome occurs when a lack of plant growth the previous cropping year drastically reduces mycorrhizae populations. Stunting and phosphorus deficiency in the following crop year are common symptoms associated with fallow syndrome. These symptoms are exacerbated in cool, wet soils that limit phosphorus availability.

There are various thoughts regarding how quickly fallow syndrome will occur, and what can be done to reverse it.

Rather Culman said, “soil degradation can happen over many years or decades, just like building healthy soil can take decades.”

Still, there are concerns about the potential impacts in 2020 from the challenges in 2019.

“The best way to prevent fallow syndrome from occurring on prevented planting acres is to establish a cover crop. When selecting a cover crop, keep in mind that brassicas, like turnip and radish, are not hosts to mycorrhizae. That means they will not support their growth in the absence of the other crops. Ideally a mix with either a legume like clover and soybean, or a grass like cereal rye and oats, could be planted. Given the calendar, establishing a cereal rye cover crop is probably the best option. At this point, anything is better than nothing,” Karhoff said.

Across Ohio, 1.5 million acres of farm fields did not have a cash crop sown on them this past spring as a result of the unprecedented amount of rainfall in the state. On some of those acres, farmers planted a cover crop, but many fields went bare.

“In Wood County, 40% of the acres that normally have a cash crop planted on them don’t have one this year, and many of those acres are fallow,” said Alan Sundermeier, OSU Extension Educator in Wood County. “Some growers did not know enough about cover crops or lacked the time or money to invest in sowing a crop they could not later harvest and sell.”

Still, it’s not too late to plant a cover crop of wheat or cereal rye on those fallow fields, Sundermeier said. 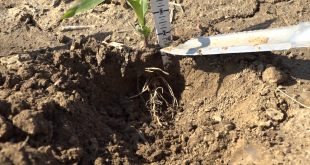