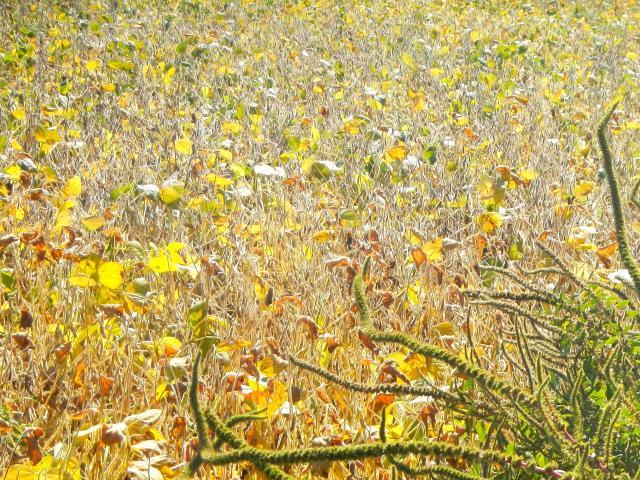 They can sprout up anywhere in a field and they increasingly do: weeds, specifically a family of weeds known as pigweeds.

As they harvest, farmers should watch for patches of pigweeds, which are quickly multiplying across the state. A campaign dubbed “No Pigweed Left Behind” is aimed at encouraging farmers to stop those weeds from spreading any further.

This year could be especially challenging because the state’s record rainy spring caused many crop fields to be left unplanted, ideal conditions for weeds to move in.

Ohio is home to five types of pigweed, each of which can cost a grower a lot to eliminate. Farmers and gardeners love to hate weeds in general, but pigweeds are especially problematic because they grow fast, produce a lot of seeds, and develop a resistance to the herbicides that used to kill them.

In Ohio, the worst two weeds in the pigweed family are Palmer amaranth and waterhemp, said Mark Loux, a weed specialist with Ohio State University Extension.

The Ohio State University College of Food, Agricultural, and Environmental Sciences (CFAES) and the Ohio Soybean Council are spearheading No Pigweed Left Behind.

“Waterhemp is starting to show up everywhere,” Loux said. “I hate to say this, but it’s about to blow wide open.”

The No Pigweed Left Behind campaign is trying to spur growers to scout their fields for weeds in general, especially for pigweeds.

Any weeds in a field now likely survived the herbicide that had been applied earlier in the season.

It’s best to avoid going through a patch of pigweed with a combine because that could spread the seeds, Loux said. Instead, growers can leave the weeds in the field and deal with them next year, mow them or deep plow them to control where the seeds go, he said.

If a combine does go through an area with a lot of weeds, farmers should later clean their combines to remove the weed seed and keep it from spreading to the next field, Loux said.

“It’s all about how you’re going to manage the seed at this point,” he said.

On fields left unplanted this season, “you’re going to have to have an aggressive plan to manage weeds, going forward,” Loux said.

A particularly vexing pigweed found in Ohio, as well as elsewhere in the Midwest and South, is Palmer amaranth. The weed has been found in about one-fourth of Ohio’s counties, but efforts to encourage people to scout for and remove it have kept its populations in check, Loux said.

“We’ve restrained it,” he said.

Other weeds in the pigweed family that have turned up in Ohio include smooth pigweed, spiny amaranth, and Powell amaranth, but these are generally not as problematic.

“Waterhemp and Palmer amaranth are not fun weeds to control,” Loux said. “They’re constantly evolving to render what you’re using against them ineffective.”

For a free 2019 guide on weed control in Ohio, Indiana and Illinois, visit go.osu.edu/weedcontrolguide.

For more information on pigweeds and recommendations on how to deal with them, visit go.osu.edu/weedseedinfo and go.osu.edu/scoutforpigweeds.

Distribution of waterhemp and Palmer amaranth in Ohio

Prevent plant acres and rogue weeds: Having a control plan is the key 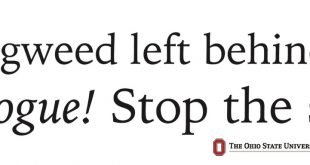 By Mark Loux, Ohio State University Extension herbicide specialist The majority of our problems with …