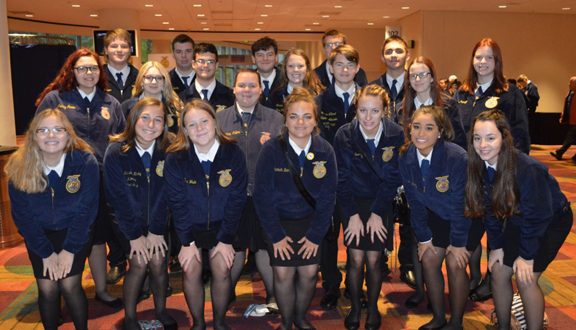 Almost 70,000 members, parents, and guests were in attendance at the National FFA Convention. Previous conventions were held in Kansas City, Missouri and Louisville, Kentucky.

Miami East-MVCTC FFA Member Kylie Blair was named a National Proficiency Finalist in the area of Agricultural Sales-Placement. Her. She was interviewed and recognized on stage with a plaque and cash prize.

One of the most hazardous industries in the United States is agriculture. As a result, …