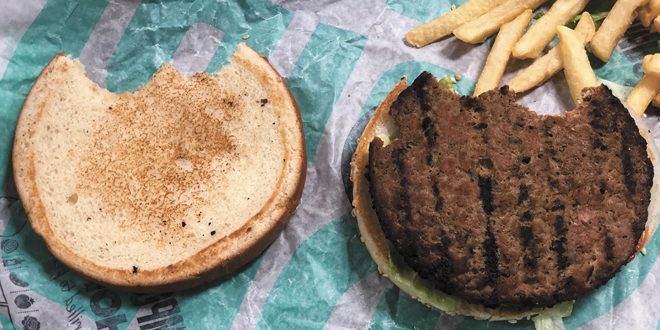 Plenty of steak at stake in alternative meat debate

I can very clearly remember the dietary craze of the days of my youth regarding low fat and fat free food products. It was an oft-touted “scientific fact” back then that the fats in meats and dairy were very detrimental to our existence. Products like whole milk, butter, bacon, and red meats were scorned while highly processed low fat and no fat products flooded the market.

As I grew older I realized the “science” behind the fat free hype was greatly skewed by marketing. As it turns out, I later discovered some of those low fat and no fat products were actually much worse nutritionally than the fatty products they were manufactured to replace. The stuff added to these foods was/is worse than the actual fat it is meant to taste like. Somewhere along the line, the fine farm folks woven throughout my upbringing convinced me of the folly of following food fats. Numerous dietary fads have come and gone since those days, but the manipulation of the facts lives on as new plant-based meat alternative products hit restaurants and grocery stores in recent months.

Shelly Detwiler is a berry farmer with Mitchell’s Berries and a nutritionist in Union County. She writes the OCJ food column and has been watching the alternative meat debate unfold in foodie culture, nutrition discussions and the local grocery store where new plant-based meat-like products have experienced some success.

“I just went to the grocery today and was talking to the guy at the meat counter about Beyond Meat. He said it is flying off the shelf. They had a hamburger type meat as well as a bratwurst. He said the bratwurst was pretty good and would compete with a regular bratwurst on taste,” Detwiler said. “Nutritionally, Beyond Meat is very comparable to an 85% lean ground beef 4-ounce hamburger. The calories are 250 for Beyond Meat and 240 for the hamburger. There are 18 grams of fat in Beyond Meat and 17 grams for the beef. With 95% lean ground beef, though, there is no comparison. Nutritionally I would go with 95% lean beef all the time. And, if you are trying to watch your sodium, Beyond Meat is definitely not the choice. It has 390 milligrams of sodium and the beef only has 65 to 70 milligrams. That is a big difference.”

Detwiler also feels that with food, sometimes fewer ingredients on the label makes for a healthier food choice on the dinner plate.

“There are 18 ingredients for Beyond Meat and one ingredient for real beef. Personally, fewer ingredients are better for me, because then I can add what I want to the food and I know what is in it,” Detwiler said. “Real meat is going to win if you want fewer ingredients.”

And, the real science that says Americans tend to eat too much fat is still as true and accurate as it was in the 1980s, but the marketing behind the plant-based meats is still just as manipulative as well.

“There is a lot of importance put on plant-based diets these days. The American Heart Association is recommending that you choose lean or extra lean beef, pork poultry, or fish at 6 ounces four to five times a week. The other days, if you want to fill in plant based protein that is great. Most Americans probably are not eating enough fruits and vegetables,” Detwiler said. “Low fat has come and gone. Now you hear more about butter being OK and higher fat milks are better choices. Those make you feel full. I think it is important that we eat lower fat food choices, but foods where the fat is removed and not replaced with something else. I say just choose leaner meats, 85% fat free or higher and just enjoy it. Don’t be afraid to eat meats. I do think it is funny that the trend is people don’t want GMO products, and this Beyond Meat is highly processed in a laboratory and is fake. Beyond Meat claims that it looks, cooks and satisfies like beef. To me, if you are a vegetarian or vegan, I wouldn’t think you’d want to eat something that’s like beef.”

In the spirit of research and open-mindedness, several members of the Ohio State University Meat Judging Team tried out the Impossible Whopper from Burger King to experience alternative meat first-hand. Their responses were positive, if not quite glowing.

“I think it is great that people have the option to try a non-meat burger. I think it was an interesting experience, though I don’t know if I’ll eat another one. I think the flavor was fine in terms of tasting a little bit like beef, especially after putting ketchup, mustard and mayo on it. It was more spongy than I would have expected from a normal burger. I thought that maybe if I dropped it, it would bounce back at me,” said Jake Parkinson, coach of the team. “As meat scientists, we are always going to promote meat but I think it is important to have options and have an open dialogue towards non-meat alternatives. I would encourage everyone to try it once to be a more informed consumer.”

On the flipside though, I would also encourage consumers to be more informed by making concerted effort to carefully consider the marketing hype, actual nutritional information on the label and flat-out misinformation regarding processed plant-based products designed to taste like something else. It is not the 1980s any more, after all. This alternative meat debate is about more than just nutrition and I sincerely hope savvy consumers can sort out the fact from fiction being perpetuated by foodie fat cats and their high-sodium spin on meat. Both the livestock industry and consumers have a lot of steak at stake with alternative meats. 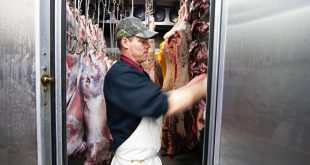 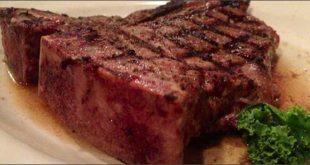