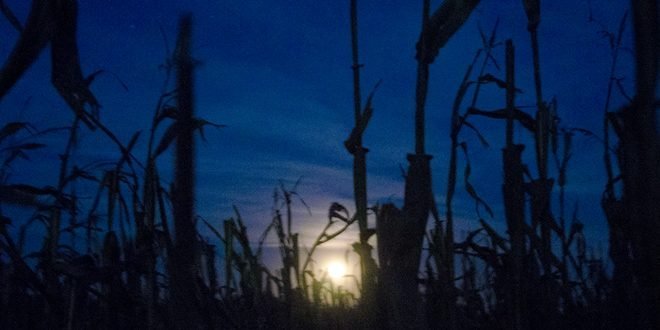 Demand bears were quite pleased with their positions during the month of November. It’s no secret that corn demand has been shrinking for consecutive months. Increased corn production in Brazil and Argentina have been stealing corn exports out of the U.S. In recent months U.S. corn export projections from USDA have shrunk several hundred million bushels. In addition, October and November weather in South America was non-threatening. There is no story to date of weather concerns, which might reduce production during their current growing season.

The NASS Weekly Crop Progress Report of Nov. 25 had the U.S. corn harvest at 84% with the average at 96%. The weekly progress reports are scheduled to continue into the early weeks of December when typically they end around Thanksgiving.

Both corn and soybean prices fell during November. Corn was down 18 cents, soybeans down 56 cents, while wheat was up 27 cents. The months long uncertainty of a U.S./China trade deal and lack of a completion date significantly fueled the decline for soybeans. During the entire month of November, commodity funds continued to increase the short corn positions they held into even larger short positions. At the beginning of the month they had been long soybeans but reversed those positions and now are short at the end of November.

The patience of supply bulls is getting stretched thin as the Nov. 8 USDA WASDE Report did nothing to give them continued hope and confidence. They had been expecting to see corn rally above the $5 mark when planting delays were of record length reaching well into mid-June 2019. The June 28 Acres Report was extremely negative with corn acres substantially higher than traders had expected. The Dec. 10 WASDE Report shed zero light on corn acres. The historical perspective implicates it will mirror the Nov. 8 report as it details acres and yields.

U.S. and China trade talks continue to dominate the news cycle. Earlier this fall it was thought a trade deal could be signed Nov. 15 in Chile during a conference of many nations. That conference was canceled, with Dec. 15 suggested as a signing date. At this writing in early December an agreement called Phase 1 is still in the works. The latest news has China demanding U.S. tariffs be rolled back as part of any Phase 1 trade deal. A week prior, China proposed that top U.S. negotiators visit China just prior to our Thanksgiving holiday for further talks. It appears President Trump now has a decision to make in regard to rolling back U.S. tariffs for a deal in which China would buy the same dollar amount of U.S. goods they purchased back in 2017.

The African Swine Fever is still rampant in China with no end in sight. It has sharply reduced the amount of fresh pork Chinese consumers have been able to buy. When it first came on the scene in early 2018, early projections suggested it could reduce China’s hog herd 10% to 20%. China’s consumption of pork is almost entirely fresh and not frozen. Current indications suggest the reduction could be closer to 50% as the fever has spread to other Asian countries. Numerous U.S. government agencies have been working feverishly to protect our hog herds from this devastating disease. China has been importing vast quantities of pork from all around the globe, including from the U.S. The imports of replacement pork is certainly mind boggling as the numbers of planes required each week to bring in fresh pork has been staggering.

Producers and traders alike are anxiously awaiting the Jan. 10, 2020 WASDE Report as well as the Quarterly Stocks Report as of Dec. 1, 2019. The question remains, “How will the unharvested corn acres in the Dakotas be accounted?” Some are suggesting it will be included with the on-farm category.